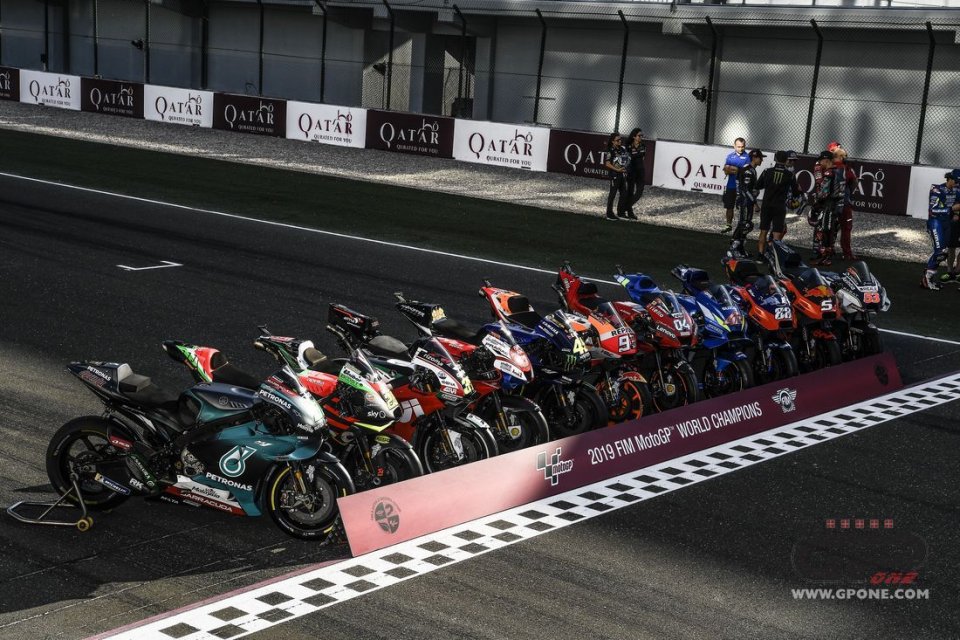 New year, new bikes. In the weeks leading up to the start of the championship (the first Grand Prix of the season in Qatar on 8 March) it’s the team presentations, which reveal the new liveries and welcome the new riders, that capture all the attention.

Now the new models are only seen on the track (so you will have to wait for the tests at Sepang in early February) but it is always interesting, after the winter break, to have a look at the brand-new graphics and talk to the riders about their aims for the new year.

In the coming days there will be many teams that will officially launch their 2020 season. Below is a calendar (not yet definitive) so as not to miss an appointment. Here at GPOne we will be following all the presentations on-site, offering you photos and interviews.

January 23 - Ducati will be the first manufacturer to present its team. The Italian company has decided to do things at home and Andrea Dovizioso and Danilo Petrucci will unveil the new Desmosedici in the setting of Palazzo Re Enzo, in Bologna.

January 25 - It is the turn of the Italtrans team to launch its Moto2 campaign for 2020 with a couple of Italian riders: the confirmed Enea Bastianini and the rookie Lorenzo Dalla Porta, reigning Moto3 world champion.

30 January - Valentino Rossi’s Ranch in Tavullia will be the venue for the presentation of the Sky VR46 team. Andrea Migno will join Celestino Vietti in Moto3, while there will be a brand-new pairing of Luca Marini and Marco Bezzecchi in Moto2.

February 4 - In Jakarta, the capital of Indonesia, there will be the first official appearance of the brothers Marc and Alex Marquez in the colours of the Honda Repsol Team.

February 6 - The day preceding the start of the three-day Malaysian test will be full of presentations. In fact, three teams have chosen the Sepang circuit to christen the season. The appointment is with the two Yamaha teams (the official one with Valentino Rossi and Maverick Vinales and the Petronas satellite squad with Fabio Quartararo and Franco Morbidelli) and with the Suzuki team of Alex Rins and Joan Mir.

February 12 - The Forward team has chosen this date to show off MV Agusta's new Moto2, which this year will be raced by two Italians: Stefano Manzi and Simone Corsi.

February 14 - On Valentine's Day the love for motorcycles is staged on the Misano circuit. SIC58 Squadra Corse will kick off its 2020 season with the reconfirmed Niccolò Antonelli and Tatsuki Suzuki.