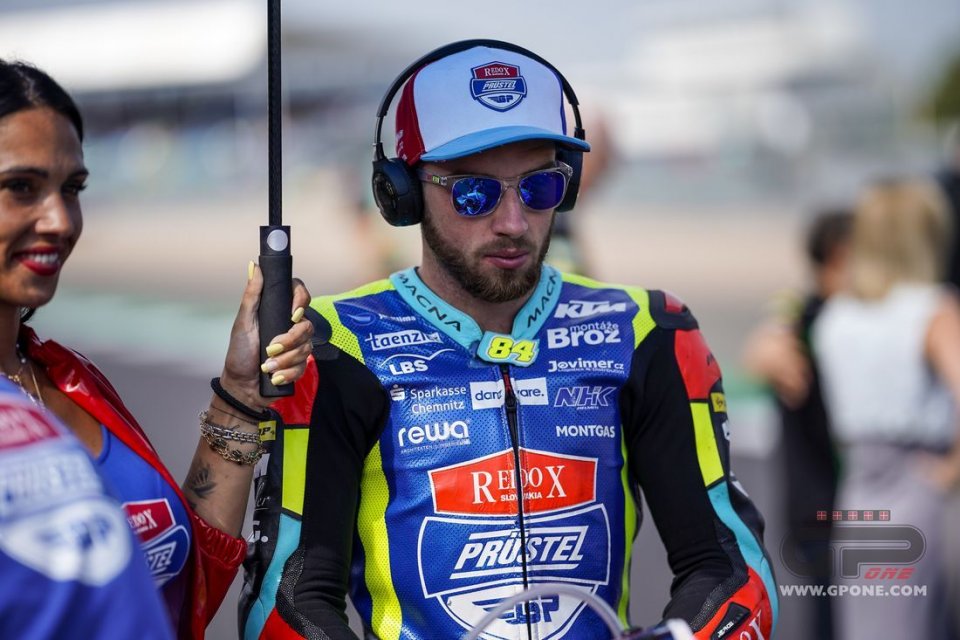 "At the end of last season, in Valencia, I never imagined that this would be the last race of my career in the MotoGP championship."  With these words, Jakub Kornfeil announced his retirement.

The Czech rider had reached an agreement to race with the Boe Skull Rider team in Moto3 last September, but financial problems made him decide not to even start this adventure.

"I still have a valid contract with the team, but I was forced to make this very important decision for my life ," he explained. "I should have started the season on a different budget than what I thought, what I hoped to have, and I wouldn't even have the certainty of reaching the Mugello race."

So Kornfeil preferred to take a step back. And without regrets.

“I feel like a winner, even if I never won the title. I've always tried to do my best, both on and off the track," he emphasized.

Jakub did not specify what he'll be doing in the future. The Czech rider had made his debut in the World Championship in 2009, in Misano, in the 125 and, in his career, he conquered five podiums and a pole position.

Toprak: “I could be happy, but I feel bad for Rea”

Rea: “Sunday I want to feel happy, regardless of the ending”