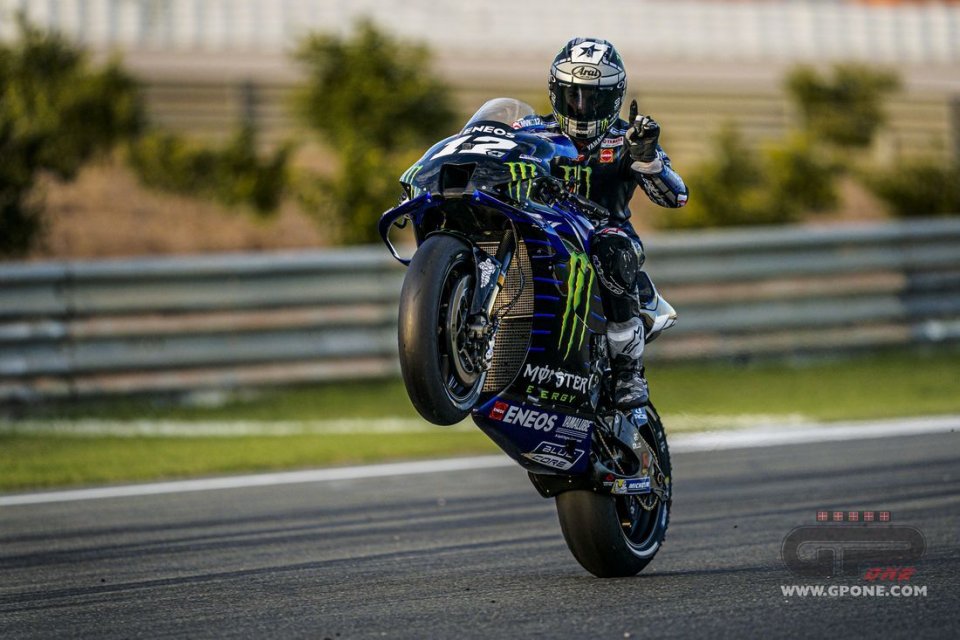 In MotoGP details are everything and the right idea can make a difference. In this sense, nobody can hold a candle up to Ducati, with Gigi Dall’Igna often introducing unprecedented solutions, which are often willingly copied by the competition.

Last year, in the Sepang tests, a strange switch applied to the triple clamp was introduced for the first time. What it was used for was only understood in time: it is a system that allows you to lower and lock the rear suspension to improve starting.

During the season, Aprilia also worked on this front, applying a similar system but on the front to the forks.

Now Yamaha will make its move, as Maverick Vinales revealed in an interview with TMCBlog.

“For me what we must focus on to improve is the start, which is very important because all the Yamahas lose many places at the start” he explained. “We are working very hard in the factory, maybe to make a device for the start like other competitors or something new, and we will try it already in Malaysia.”

In fact, the M1 is not the most explosive bike when the lights go out and in MotoGP you pay dearly for every position lost. The Japanese engineers, therefore, do not want to leave any stone unturned on the new bike, which has already undergone interventions to the engine and chassis.

Both Vinales and Rossi were able to test the M1 2020 prototype in the Valencia and Jerez tests before the winter break and Maverick confirmed his positive opinion.

“For me already the engine and frame are very similar to the 2019 bike, which is really good. We had never tried them on the track but from the first laps the bike is already similar and has a lot of potential,” he added.