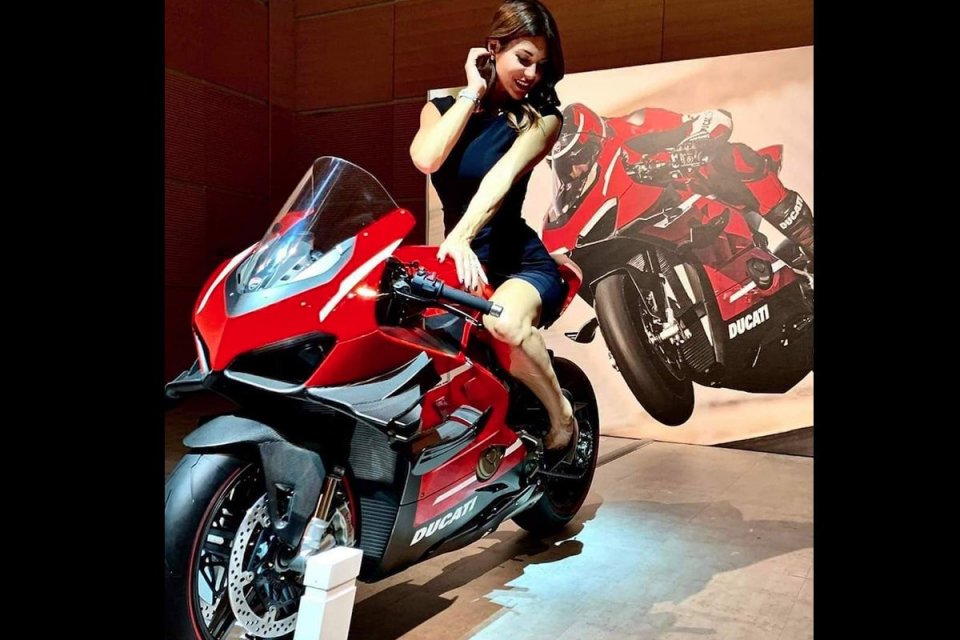 It was supposed to be a secret, kept far away from prying eyes, but all the information on the Ducati Panigale V4 Superleggera has found its way into the public domain and after the rumours, the tech spec sheet and the leaked video, the first image of a motorcycle that undoubtedly sets a new benchmark for the study of aerodynamics applied to production motorcycles can now be found on the web.

Of course, defining a limited edition special – of which only 500 units will be made at a dizzying price – as a ‘production bike’ could be risky. But in fact, this Superleggera represents another step by Ducati in an area that is becoming increasingly important for the Borgo Panigale manufacturer both in Racing and in the hyper sports bike range.

In the tech spec sheet, it was anticipated that the shape of this bike would be very similar to that of the GP16, or the first Desmosedici fitted with biplane aerodynamics. Domenicali has already spoken about this bike, referring to it as the point that separates trying from doing. Without a doubt Ducati has done it, and in a big way.

The calendar for next year has been set and will be made public today. After Kazakhstan, another country enters the World Championship.
4 hours 14 min ago

Pecco will have to watch out for teammate Jack Miller triumphant in Motegi and eager to score another success, the fourth in his career in the...
22 hours 48 min ago