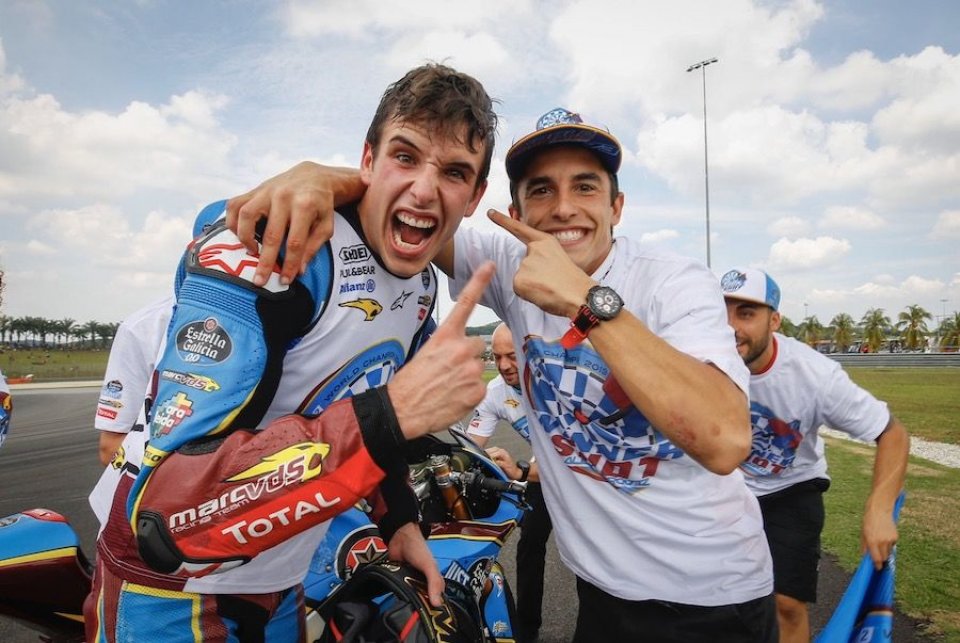 The Dakar has changed a great deal in recent years, but it has still managed to keep its charm. Not only for fans who dream of racing up and down dunes, but also for drivers. Marc Marquez is a big fan of the most famous raid in the world and wrote about it on his personal blog, on Repsol's, his sponsor's, website.

“I must admit that I really like this rally, and I watch it every year," he explained. "During the day, I watch it on my mobile phone and, whenever I can, I watch the recap of the day on TV in the evening. I particularly liked the last edition because it was fairly balanced and very interesting with a great variety of conditions."

Taking part in a rally is not like racing a few laps in a race, but it's this aspect that fascinates the Spanish champion, who has a lot of respect for the drivers who test their skills in this competition.

“It's a very tough race, and I'm impressed by the ability and endurance of the competitors,"  he acknowledged. "I had the privilege of being able to meet some of the champions of this raid, such as Nani Roma and Marc Coma. If the mere fact of finishing the race is already something very difficult, becoming a champion shows that you are a great driver, with a great capacity for sacrifice and effort.
I particularly like the Dakar among all motor sports because of the difficulties it entails. All the different situations that may occur, and the unexpected events that arise, make it the most difficult event, and watching it every year is really nice."

Marquez is a great off-road fan. Cross and flat track are two sports that he uses to train, and the idea of being able to get to the Dakar starting line Dakar whets his appetite.

“Even if I know that I want to race in the MotoGP for many more years, I could consider racing in a Dakar in the future," he wrote. "It's a very tough test for which one must be very well prepared. Participating in a Dakar is not like racing on Sunday. There's a lot of preparation, physical, navigation, technique... You need to think it out really well and have everything planned."

Since dreaming costs nothing: would Marc participate on a bike or in a car?

“If I had to race in the Dakar, I would most likely do it on a motorcycle because motorcycles have always been my passion. But if I had to race it by car, I'd like to bring my brother Alex as a co-driver. It would be fun to see how the two of us work together! " Alex's response:"Maybe I could also participate as a co-rider, since I'm normally quite good. "It's true that if I'm in a place that I'm not familiar with, and I'm not careful, or I'm talking, I have to use Google Maps, but it's not the norm, hahaha!"  he said, laughing. "Honestly speaking, I need to practice a lot. There's a very important preparation behind managing a Dakar."