In winter, MotoGP only apparently goes on vacation. There is time to uncork a bottle for a toast or indulge in a binge, but the work continues. The technicians are busy putting the finishing touches to the new bikes, the riders continue training so as not to get out of shape and the managers have perhaps the most demanding task, that of deciphering the future. Like fortune tellers. they have to choose which moves to make almost in the dark, aware that the boundary between pulling off a coup and getting ripped off is very blurred.

It’s also the fault of the MotoGP market, which has sped up its pace in recent years. Whereas until a few seasons ago contracts were made in the summer, now we are used to seeing agreements signed even before the start of the championship. Like it or not, you have to adapt.

In this sense, Ducati is the factory that must start the hunting season as soon as possible, if it has not already done so. It is common knowledge that all the riders’ contracts will expire at the end of 2020 and so everyone must look to the future. The Italian manufacturer is one of the teams that is aiming to win the world title and to do so it needs what it defines as a top rider.

In Borgo Panigale it’s true that they have Dovizioso, but also a team to be strengthened because Petrucci in 2019 did not fulfil all his promise. The in-house alternatives are Jack Miller and Pecco Bagnaia, but neither the Australian nor the Italian at the moment are key pawns on the market. So Ducati has to look around…

There are 3 MotoGP ‘blue chip’ riders right now: Marc Marquez, Fabio Quartararo and Maverick Vinales. It is clear that these men decide the market and everyone else will then adapt. 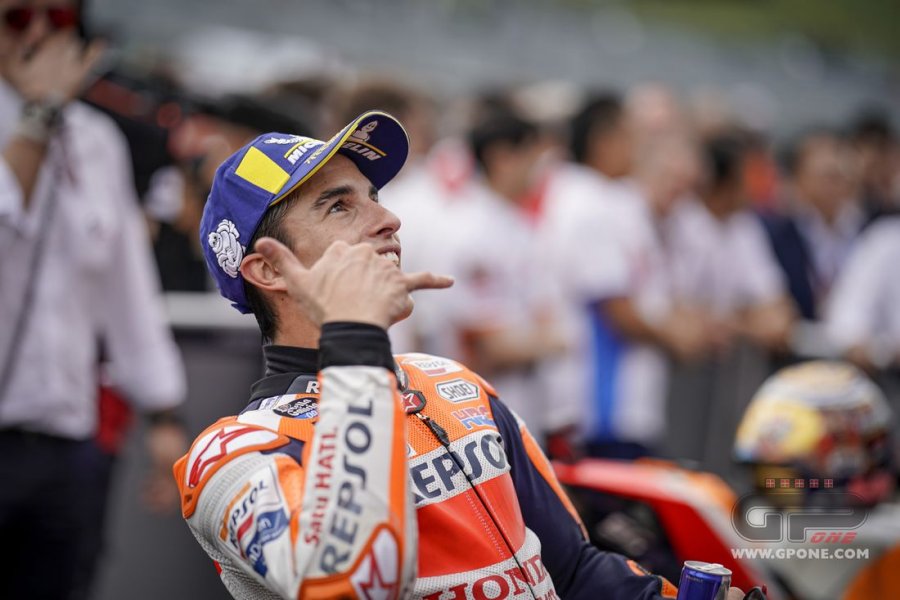 Marc Marquez is the dream of every team, but it is difficult to say if he will switch colours. Honda seems to have blocked him by bringing his brother into the team, but Alex's contract is only for one year and this detail has made us think that the situation with the champion from Cervara is not over yet. The Spaniard has made HRC his second home, imposing his team and repaying the Japanese with a never-ending sequence of titles.

The first rule of the market, however, is to always try. With Marquez on the bike, the chances of winning rise dramatically even if the price to pay is very high, and not metaphorically. Ducati’s coffers were hit hard with the signing of Lorenzo and to try and make a bid for Marc they would need a bit of help. From parent company Audi or Phillip Morris, who however did not intervene for Jorge.

The problem is that Honda does not lack the resources for a possible raise and, when all is said and done, it is only Marc's desire to change that will make a difference. 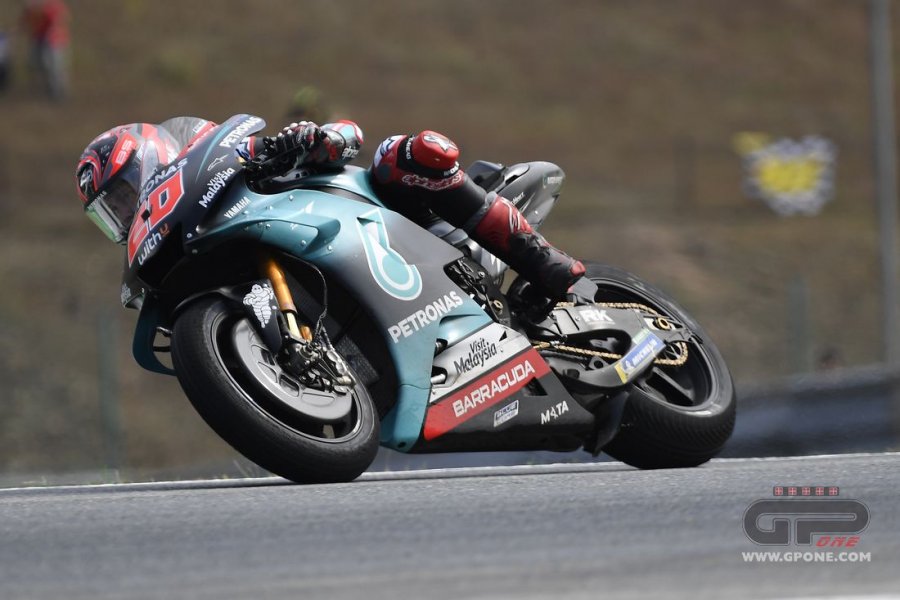 Quartararo would be much more affordable. The Frenchman is a rising star and as such is not yet too expensive. Seeing him in Ducati red would be a tremendous coup, but the Italian team must be able to pry him away from Yamaha's grip.

Fabio knows he is currently on one of the ‘easiest’ bikes in the paddock, while the Desmosedici is very particular. For him, the wisest option would be to stay on the M1 to continue his growth before seeking glory on other shores. From Iwata a first sign has arrived in the form of a factory bike for 2020 and the next step would be the official team.

Ducati is not Ferrari, but the charm of winning in red is still very attractive. Quartararo could decide to step into unchartered territory – knowing that he has to take into account a period of adaptation to the D16 - that could easily go wrong. However, if he succeeds in winning, he will go down in history.

Maverick Vinales, a captain without an armband 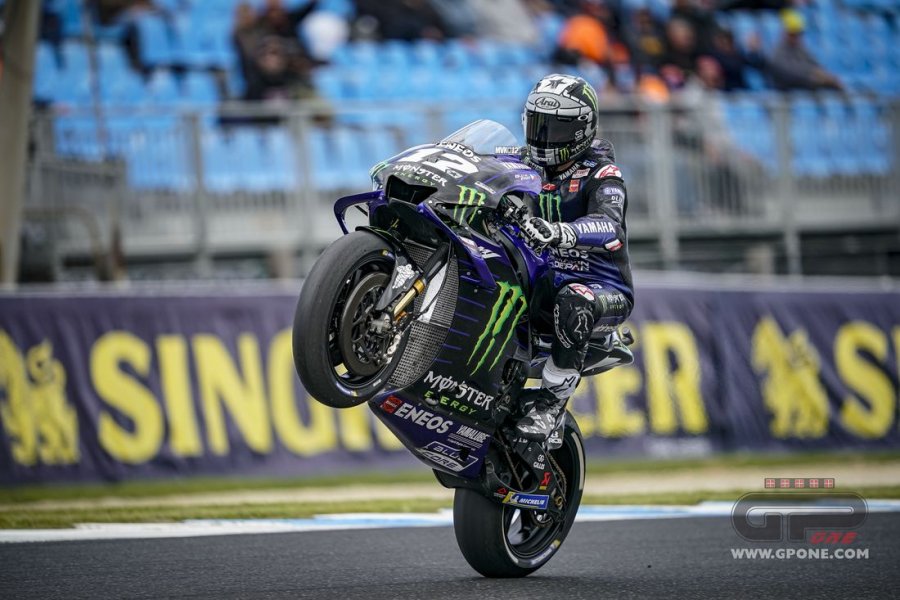 Objectively, the easiest target would be Vinales. The Spaniard is talented, he has already won races in MotoGP and perhaps Yamaha is becoming a bit ‘tight’ for him. For one reason or another, Maverick has never been a true number 1 in the Japanese team.

After a perfect debut in 2017 (3 wins in the first 5 races), the M1 entered into a crisis and the Spaniard suffered from the presence of Valentino who dictated the direction for development. Despite scoring better results than the Italian, Maverick was never able to assert himself.

Even in 2019, despite being the only Yamaha rider to win (twice, in the Netherlands and Malaysia) he was overshadowed by Quartararo. So Vinales has always seemed unfulfilled, a rider without the captain's armband. It’s certainly also the fault of his character, full of ups and downs that don't help, especially when things are not going well.

Maverick in Ducati could feel really "wanted" and for this reason his arrival could be the most logical outcome, at least on paper. The Spaniard would turn over a new leaf and could test himself on a new playing field, in a position to try and aim for the title, something that has never happened so far. Even though his signing would not be on a par with that of Marquez.

Logically, both Honda and Yamaha know the value of their riders well and in turn will try not to let them go. For Ducati, therefore, it will be a race against time, in which speed, cunning, and of course money will be needed.

It’s important to start to fit the first piece in the jigsaw, then it’s time to think about the second one. Dovizioso has become a symbol of the Italian manufacturer, and there would always be a place for him.

The bikes are still stationary, but the race has already started.

The Californian Yamaha rider took the flag alone ahead of teammate Gagne and Herrin, who beat the Ducati rider in a photo finish. Elias crashed out...
3 days 19 hours ago

Defending champion wins ahead of Scholtz and Gagne. 5th and 7th, Wyman's and Jacobsen's two best Ducatis. Elias stopped by a problem.
4 days 11 hours ago

The reigning champion started has started 2020 in the best possible way, heading his teammate Jake Gagne. Race 1 at 22:00 on Eurosport
5 days 8 hours ago