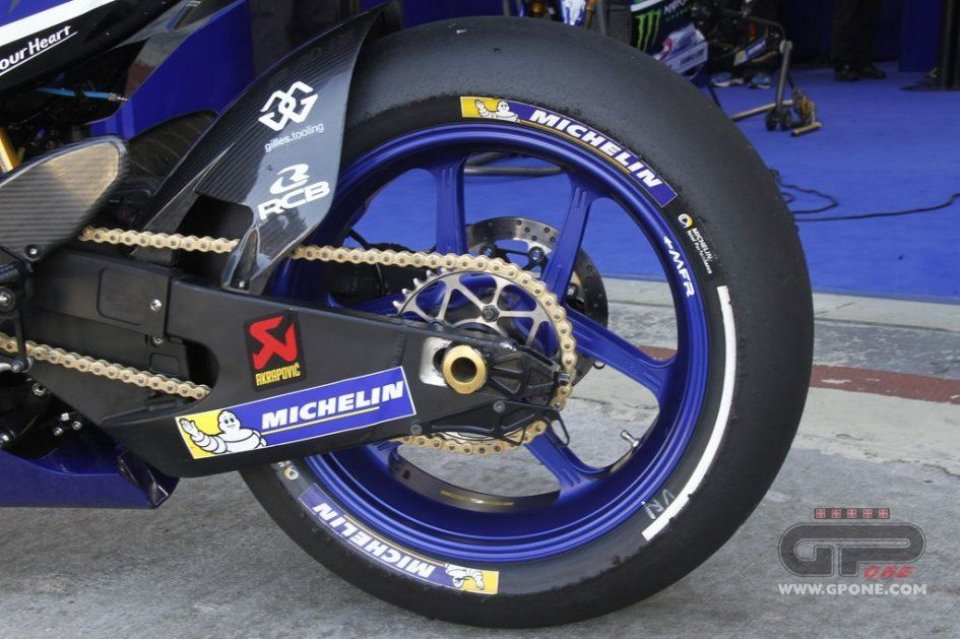 Michelin has announced a new construction rear tyre will be available for the forthcoming MotoGP season after the French tyre specialists completed its comprehensive evaluation following months of intensive testing.

The latest evolution of the Michelin Power Slick rear tyre features a construction aimed at increasing performance and stability for all riders and machines – totally in keeping with Michelin’s long lasting performance strategy – which will produce improved lap and race times. Initially tested in-house in laboratory conditions, the first time the latest Michelin Power Slick rear tyre was experienced by the MotoGP field was the Catalunya test at Barcelona in June, this was followed by further evaluations at Brno in Czechia and Misano in Italy, before the unique opportunity for Michelin to assess the new construction during a race weekend – the first time a test such as this had been conducted during a MotoGP weekend.

With the support of all the riders, IRTA and Dorna, an extra 20-minute session was organised at one of the most demanding circuits on the calendar, as the MotoGP field were requested to complete a minimum of 11 laps each around the 4,448m Phillip Island circuit in Australia. This unique opportunity gave Michelin a huge amount of data, as it was just a tyre test with the teams and riders concentrating solely on assessing the new construction.

Following the successful Australian test, Michelin supplied the tyre for further examination during the two Spanish tests at the end of 2019, at Valencia and Jerez respectively. Throughout all of these tests in 2019 the new construction rear was paired with compounds suited to the respective circuits and ones which the riders had used during the race-weekend, giving a clear and objective comparison between the tyre constructions. With all this intensive testing and the large amount of information obtained, Michelin’s Technicians at Clermont-Ferrand analysed all the data and approved the launch of the new construction in readiness for the 2020 season.

Michelin will supply the latest evolution of Michelin Power Sport Slick rear tyre for the two pre-season tests scheduled for February in Malaysia and Qatar before the tyre makes its competitive debut – also in Qatar – when the Losail International Circuit in Doha stages round one of the 2020 MotoGP World Championship on Sunday 8th March.

“After such an intensive and involved testing schedule we are delighted to launch the new construction rear tyre. We have been working on this latest evolution for quite some time and with the assistance and comprehensive feedback from all the riders we know we have produced a tyre that will improve performance for all concerned - said Piero Taramasso – Michelin Motorsport Two-Wheel Manager - We have now informed Dorna and IRTA of the change and have given the teams and manufacturers the full specification and in-depth data so they can set-up the bikes to give the optimum performance from this new rear slick. This is the first change to construction for the rear for two years and an important advance in the evolution of our MICHELIN Power Slick tyres for MotoGP. The new construction is in line with Michelin’s long lasting performance approach, which guarantees consistent performance all race long, and we are now looking forward to seeing it perform in racing conditions and breaking more records”.