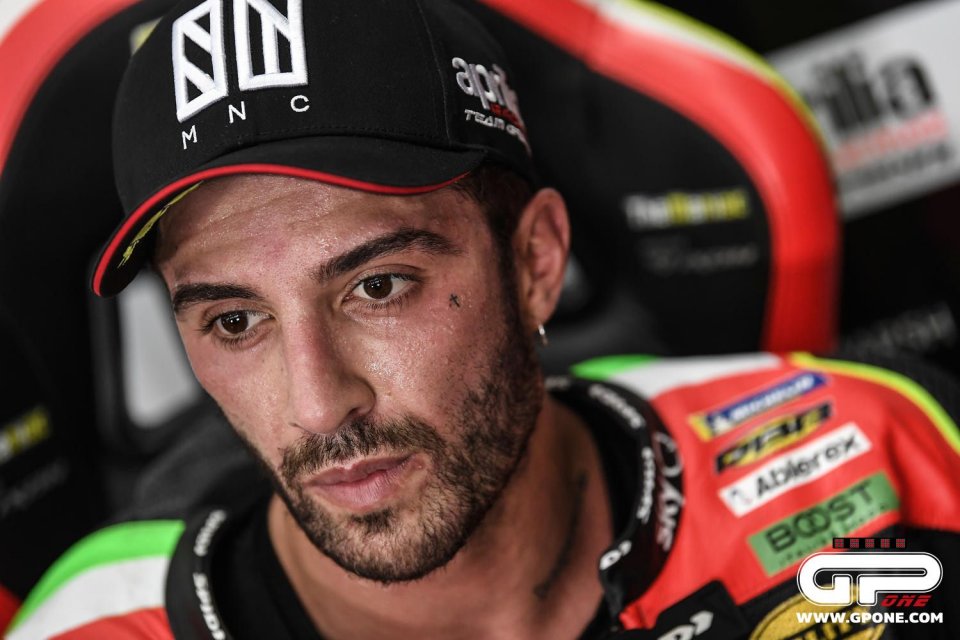 These are proving to be difficult days for Andrea Iannone's career. In fact, for the last two days, a counter-analysis has been underway on blood samples taken in Sepang and then examined in the Wada laboratories in Kreischa, near Dresden. The result of this second analysis should arrive very soon, but what is certain is that Iannone's lawyer, Antonio De Rensis and the consultant Alberto Salomone, are following the affair on the ground, as reported by Gazzetta dello Sport.

It now seems certain that even the second analysis will most probably confirm the values ​​that emerged after the first check, which highlighted the presence of Drostanolone, an exogenous anabolic androgenic steroid, in the rider’s blood, leading the Federation to take the decision to suspend him from any track activity, as communicated on December 19th.

"I have no plan B. Bikes are my life, I am not a fool who risks everything. I just want to get back on my Aprilia as soon as possible and put this moment behind me."

These were Iannone’s first words to the Gazzetta, the Italian expressing in full the gravity of a situation that he certainly would never have expected to experience at the start of a season as delicate as this one in 2020.

"I thought I was in a film where I was an unwitting actor. I found out what I was accused of from a journalist on December 17th and it wasn’t the way I found out but precisely what I am accused of that was so traumatic. For a sportsman who makes a lot of sacrifices, that sort of thing is really traumatic."

Iannone then explained what the normal procedure for the anti-doping analysis for MotoGP riders is.

"I was checked in Malaysia for the first time. In 2018 I was in the Wada biological passport system: they draw five riders who must always be available and inform you about your movements for checks. In fact, I was tested often, at least three times in Asia, but also outside. For me the number of checks is fine, I‘m not a judge of that."

Andrea also stressed that all the work done on his body to lose weight during 2019 was shared with Aprilia.

"It was something I shared with Aprilia, since there was a difference in weight with my partner Aleix Espargaro: we focused more on aerobic work than on strength. Aprilia was very close to me, like a family: I didn't expect that sort of close feeling and for me this counted as a victory."

Even though the situation is difficult, Iannone's lawyer is confident, as can be seen from the interview with the Gazzetta, believing that there may be all the circumstances to prevent the problem from becoming truly insurmountable for The Maniac.

"The counter-analysis should confirm the presence of metabolites equal to 1,150 nanograms per millilitre, a small quantity, considering also that the rider had been in Asia for over a month and that the test, performed immediately after the GP, regarded a very dense urine sample, equal to 1,024, due to the considerable dehydration of the race. It is a data that pushes us towards the idea of food contamination, also because steroids are taken with long, not occasional cycles. When the first official communication arrives, we will start our activities to show Iannone's estrangement from this affair and hand him back to Aprilia, whose protective attitude I really appreciate."

Unfortunately, there is no certainty about how long it will take to solve the case. There could be a referral and at that point the lawyers will have to collect all the elements for the defence and then proceed with the hearing, which will take place in the first instance at the International Disciplinary Court. The decision of this institution is expected within 45 days, and then - in the event of a negative outcome for the rider – an appeal can be made to the Court of Arbitration for Sport in Lausanne, with a further increase in the time necessary for the case to finally be resolved.

It’s very difficult therefore to imagine that Andrea Iannone will be testing in Sepang, while it is plausible that, should the right circumstances exist, the matter will be concluded by the start of the racing season which will be on March 8 in Losail, with the Qatar Grand Prix.

THE 2023 CALENDAR MotoAmerica, the American series, will have to do without Danilo Petrucci this year, who has decided to continue his career in...
21 hours 55 min ago

The FS-3 Racing Kawasaki team continues to focus on young riders in the British Superbike. With Rory Skinner in the Moto2 World Championship, 19-year...
2 days 16 hours ago

His wife posted about his condition: “He is okay and in the best place possible. They will keep him in for a few days to monitor him.”
3 days 1 hour ago