Winter time is when the engineers’ work becomes even more intense, as they have to wrap-up all the findings from the previous season and rush to develop the best developments for the next one in order to be ready for the Sepang test - at the beginning of February 2020 - before debuting the package at the first race, the GP of Qatar.

All this is in the hands of Ken Kawauchi, the Technical Manager of Team Suzuki Ecstar. Here he shares some of his thoughts and focuses for this winter’s work.

“The 2019 season was a positive one for us, because we reached our target. Before the beginning of the season we set a goal of winning at least one race, and the victory in Austin arrived even earlier than expected! We then got the podium in Jerez, and finally another win in Silverstone. We have been consistently close to the podium the whole season, but then after Great Britain we struggled more and more as the competitors were improving, and finally we couldn’t take any more podiums, which is somehow disappointing. However, I would rate our season 8 out of 10. It was really quite good. But we do need to become more consistent next year, and fight for the podium at every race.”

After the conclusion of the season in Valencia, Team Suzuki carried out successful tests in both Valencia and Jerez.

“Our main target was to thoroughly test the new spec. engine and be sure of its efficiency and the right way to proceed. The engine is
the core of the bike, so we will develop and finalise the chassis, fairing, and the other items later. Of course, our test rider Sylvain Guintoli had already test-ed the engine and given good feedback, but we needed the feedback from the fac-tory riders as well, as it’s them who will ultimately race the GSX-RR. The outcome was positive; both Alex and Joan liked it, so we can be happy with this starting point. We will finalise some aspects and develop some new electronics around it, and for Sepang in February, we will hopefully bring some improvements for the chassis (maybe still at prototyping level) and some new cowlings.”

After a season in the spotlight, with two victories and Rins finishing up fourth in the championship, Kawauchi’s idea on
where SUZUKI stands is pretty clear.

“At the moment we have a very good base, which has allowed us some good results, but my feeling is that we are still too heavily affected by the differences in the layout of the tracks and also the weather conditions. In terms of pure performance, we can say that we are now very close to the competitors, but probably they suffer less than us in changing conditions. We will work on consistency, to find some strate-gies and solutions that allow us to be less sensitive to the variations and more consistent.”

Finally, some words to sum up the riders and team.

“We can say that we’re happy with our line-up. Alex got podiums and can now be considered a top rider, while Joan grew a lot during his first year and has already shown good potential. The team also work very well together - we are all very cooperative and efficient, I have to thank them for their hard work. We are expecting our competitors to become even stronger in 2020, so we have to work hard over this winter in order to be absolutely ready for the season opener in Qatar!” 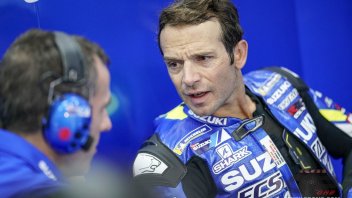 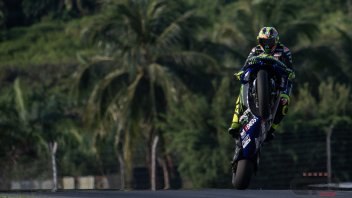 Financial problems forced him to reach this decision, despite having signed a contract with the Boe Skull Rider team in September.
5 hours 2 min ago

After winning the first instance of the trial brought by the two former custodians of the villa in Tavullia, the outcome has been reversed on appeal
2 days 10 hours ago

Spaniard, Italian and New Zealander set for induction into the Hall of Fame in 2020 Jorge in Jerez, Maz at Mugello and Hugh later in the year
3 days 9 hours ago

Last week a member of the MotoGP family lost his life.Here are the details of his funeral and a link to a memorial fundraising page in honour of Gary
5 days 3 hours ago

The riders had complained about too many holes: new asphalt for Turns 1, 2, 9, and from 16 to 19, including the return straight.
6 days 8 hours ago