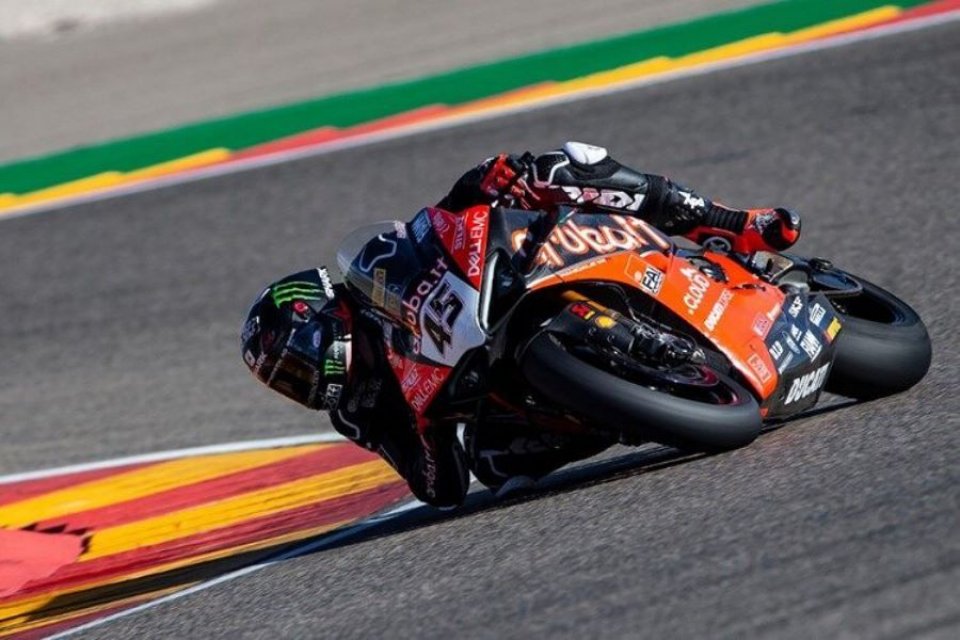 Scott Redding arrived in the British Superbike last year after five seasons in the MotoGP, winning his debut. But it was not a walk in the park.

Now that he's an official rider again, even if in the Superbike, on the Ducati-Aruba team alongside Chaz Davies, he revealed that 2019 was not an easy year for him.

"I knew that I wouldn't have won the championship with two fingers up my nose," he told Speedweek. "The BSB circuits are very different from those of the World Championship, and the bikes have no electronic aids. I knew I could dominate the slopes I was familiar with, but on circuits like Cadwell or Oulton Park, I realized that the level of the BSB is high. I often didn't know how to deal with some of the corners, and I was scared shitless almost every weekend. I needed time to adapt. It was the different on the tracks I was familiar with. I'm lucky that I learn quickly. And going faster on a short track is easier than on a long one. My greatest rival was Josh Brookes, but he couldn't keep up with me on long tracks. Hats off to all the riders. I know that everyone worked hard."

This is the first time there have been two or more rookies on pole position in a single premier class season since 2006 with Dani Pedrosa, Chris...
23 hours 11 min ago