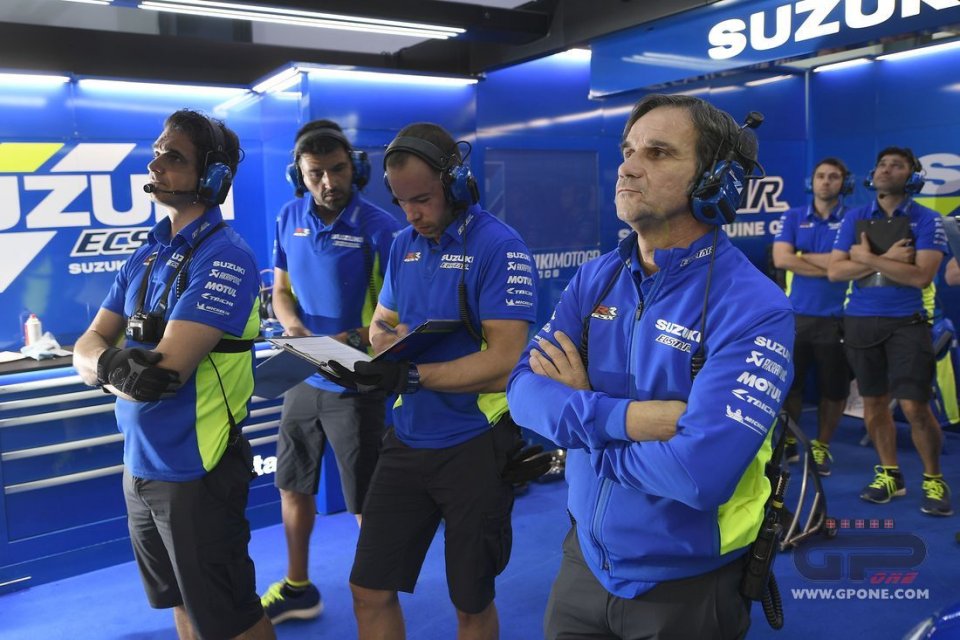 Team Suzuki Team Manager Davide Brivio reflects on a season that saw targets met and expectations soar.
A year in which he witnessed his young rookie learning the ropes with impressive composure, while also basking in the glory of the two victories scored by Alex Rins.

“We felt this year was the time to try and win races, and we achieved that goal, so from that point of view it’s been a success. We wanted to improve on the fifth place we got in the championship last year, and we also did that because we finished fourth this year. But even though we reached the targets we set; we do almost feel that we could have done even better. And yes, those two wins were amazing and so important and special for us.”

Alex Rins spent a large part of the season battling at the top in the standings, head-to-head with Marquez. Did you begin to think about fighting for the title?

“Of course the thought crossed our minds, you start every season thinking a bit about the title. We weren’t really focused on the crown;we were instead just committed to doing our best and seeing what happened. But this season gave us a good boost and has been good practice for next season. Our package was strong this year and we want to start next season carrying on from where we left off and fighting in every race.”

As a Team Manager, what has been the most important lesson you’ve learned during 2019?

“I learned that if we’re truly going to fight for the title we have to find more consistency. The second half of the season really highlighted that, and it’s something we all acknowledged and learned.”

What has been the best memory of the year for you?

“It has to be the two victories! Silverstone was more exciting, because the adrenaline of the battle was amazing. But Alex’s first ever win in Texas was special too. So these two races gave me the best memories; they were fantastic moments.”

What would you say about Joan Mir’s performance in his rookie season?

“His debut year has been very positive, and impressive. It was in line with our expectations based on what we knew of him and our previous experience running rookie riders. He’s had his ‘learning year’ and next season we will see his true potential.”

How much did Joan’s accident and injury impact on his learning process?

“It was a real pity for him because we were at a point in the season where he was on an upward curve and finding lots of useful settings. The injury cut that short and we were forced to start again when he came back. However, when he returned, he was noticeably stronger and more determined, and that was great to see. He was able to end the season in a positive way with good results.”

Alex Rins was pretty consistent in the last few races, not on the podiums, but always around the Top 5. Is this a sign of his maturity?

“Yes, it shows us how much he has grown up. He is now considered one of the top riders in MotoGP. But consistency is still something we need to work on, we need to try and be at the top more regularly in order to score even better results.”

Let’s think about 2020. Suzuki is already working hard on development and the new engine specification seems popular with both riders. How do you expect this new spec. to help them?

“We have a good package already, but one area where we saw a need for improvement was engine performance so that we could
be more competitive on the straights. We hope that with the new engine spec. we have reduced our deficit to the others and we can close the gap.”