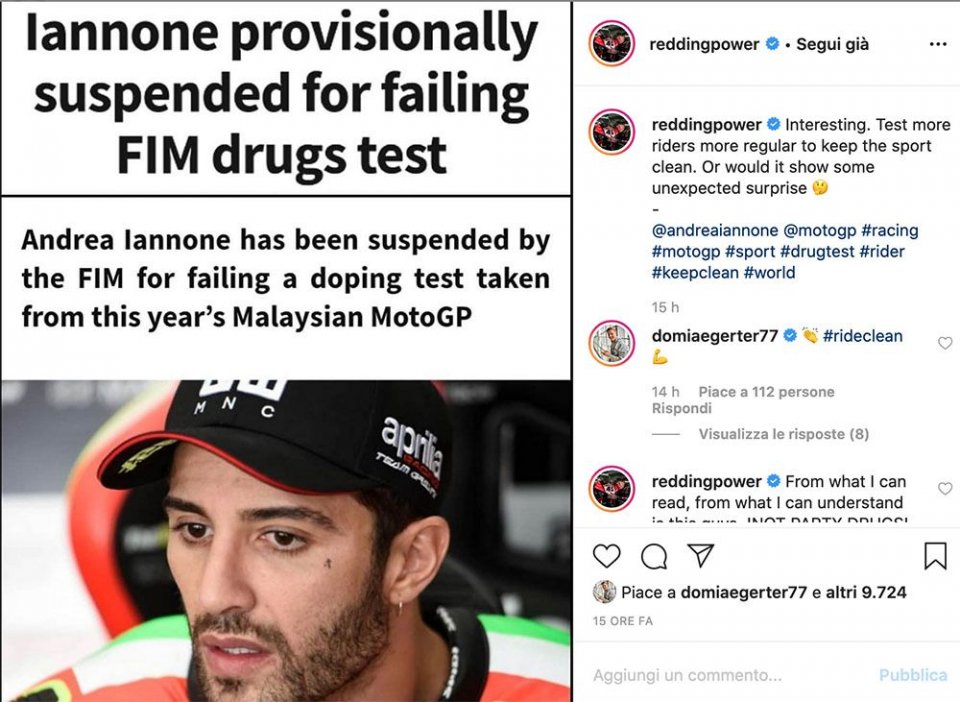 The news of Andrea Iannone's testing positive for doping was followed by complete silence from the motorcycling world. Aprilia preferred not to comment on the news, waiting to hear the results of the counter-analysis. The riders were also silent, with one exception.

Ducati's SBK rider, Scott Redding, wanted to comment on his Instagram profile about the news. "Interesting,” he wrote. “Have more riders tested on a regular basis to keep the sport clean. Or would there be unexpected surprises? ” the rider concluded in a cryptic manner.

Dominque Aegerter approved his comment and responded with the hastag: #rideclean.

Scott's thoughts are the same as those of his fellow countryman, Cal Crutchlow, who last year said that only a delusional person could believe that there aren’t any illegal substances circulating in the paddocks.