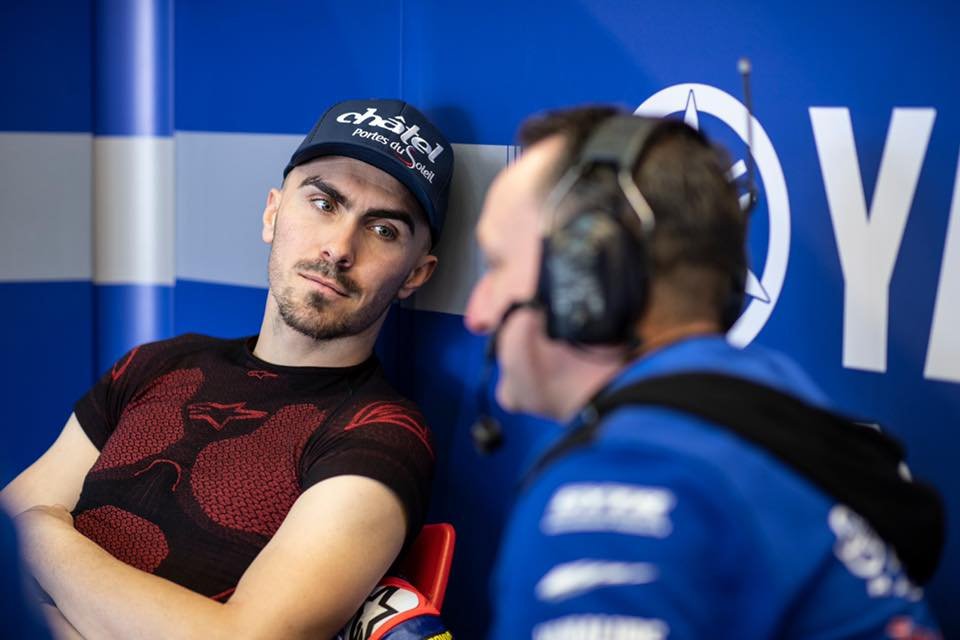 After a few slow years, we can say that France has returned to have its say in the world of motorcycling. In fact, in both the MotoGP and the Superbike, there are definitely a number of transalpine riders who are able to lead, and while Quartararo and Zarco are in the top class, there's Loris Baz in the derivatives.

#76 returned to the Superbike this year on the Ten Kate team's Yamaha, and, once again, proved his talent. "I think the season was positive this year," he said. "Given that there were no tests and, in general, not much time to work on the bike, it remained almost the same from Portimao to Qatar."

Loris also smiled when talking about the tests in Jerez at the end of November, where he was among Jonathan Rea's main pursuers.

"Johnny is Johnny. He had half a second on everyone in Jerez during both days, and he's generally very strong. He's known the bike for the past five years and is in the team that invests the most. He constantly improves and has great confidence. Yamaha and I, for our part, have to work to try to close the gap. We have to try more things than he does, in order to find the right direction but, in the race, I think the distance is less than what is in the flying lap."

The French rider is also waiting for the new Yamaha, which will finally be his for the tests in January (also in Jerez).

"I don't think there were big changes to make on the Yamaha: the two things to improve were performance in terms of maximum speed and aerodynamics, and it looks like this taken care of, at least from what I know. We certainly don't need to change the frame, which is really fantastic."

There are lots of reasons to think positively about 2020, and Baz doesn't hide his enthusiasm.

"There will be occasions in which to fight for the victory, like Lowes and Van Der Mark with Yamaha. All we need is constancy on every track. I personally have to improve at the starting line, where I often lose ground. Generally, the goal is to always be in the top five, to then fight for the podium or the victory when possible.”

Obviously, it's still too early to talk about next season, but there's time to talk about what happened to Baz's aforementioned fellow countrymen, for example, Johann Zarco.

"I wouldn't like to be in his position, given all that has happened in the last year. Johann is a really great guy. He thinks differently than many other riders. In my opinion, he was wrong to leave an official team like KTM. Among other things, right when he was beginning to understand. I believe that if he had continued, he would have quickly reached his teammate's level. I hope for him that he'll quickly return to a good position. He's still a very talented rider."

The other front-page French rider is certainly Fabio Quartararo, who seems to be the man of the future in the MotoGP.

"Two years ago, everyone said that he should have given up. Now, everyone sees him for the talent he is. I don't like the anti-Marquez label, but he had an incredible season. He's doing well in the MotoGP, and he works hard. I know his manager well, since he was also mine. He certainly helped him make good choices in recent years. I hope he stays on this level to make the championship more interesting."

Baz had raced in the MototGP but was unable to make his mark, something that #76 is currently doing.

"I don't wake up in the morning thinking about the MotoGP, but I think I deserved another season on a high-level bike, since I think my last MotoGP year was positive. I would have liked to demonstrate more in such a high-level category, but I now have a lot fun in the Superbike, and I want to get back in the lead right away. If I were ever to return to the MotoGP one day, I'll do it in the right conditions, and that means winning in the Superbike."

Something that deserves reflection, which Baz does with clarity of mind and intelligence.

"The racing world is strange. People tend to quickly forget who you are and what you're able to do. We also saw it happen with Lorenzo and all that was said about him. I'm happy now because I'm back with Yamaha and because I'm part of the Ten Kate family, with which I have fun both on and off the track."

In conclusion, we should return to current events, namely, the Superbike. A place where Baz was welcomed with open arms, and that the transalpine rider doesn't hesitate to praise. A championship that risks, among other things, to no longer have Sandro Cortese on the track, but he might, however, become Baz's teammate.

"The paddock is more familiar in the Superbike. There's less of an audience, and it's much closer. There are only VIPs and sponsors in the MotoGP paddock. Having three races over the weekend is really nice, and I think the people like it too. In general, there's always a show on two wheels, but it's different in the Superbike. I'd like it if Sandro were to come the team. He's a good guy, and it would be useful for the team to have two riders."