Another MotoGP rider has joined the star-studded list of international riders competing in the 8 Hours of Sepang.

De Puniet, a former MotoGP rider, also has solid experience in Endurance racing, including two podiums at the Suzuka 8 Hours, in 2014 and 2017, and several seasons with Team SRC Kawasaki and Honda Endurance Racing.

Frenchman Louis Rossi, formerly a Moto2 rider, has competed in the FIM Endurance World Championship since 2016.

Team ERC Endurance’s Ducati will have its first outing on the track in Malaysia on Wednesday 11 December. 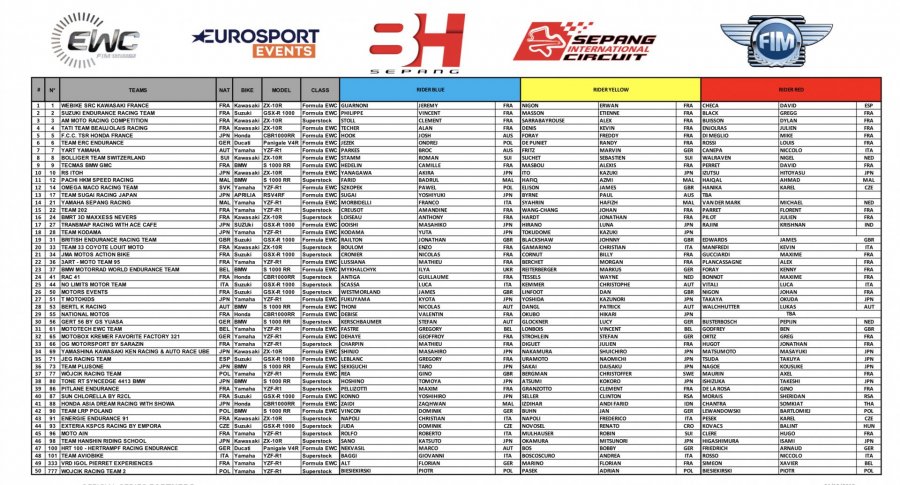 "I was slow last year, but now I have everything I need to stand out. I wanted to win in Qatar, but a fourth place means a lot to me."
2 days 10 hours ago

As the situation remains in a state of constant evolution, new dates for the French GP and the recently-postponed Gran Premio de España cannot be...
3 days 17 hours ago