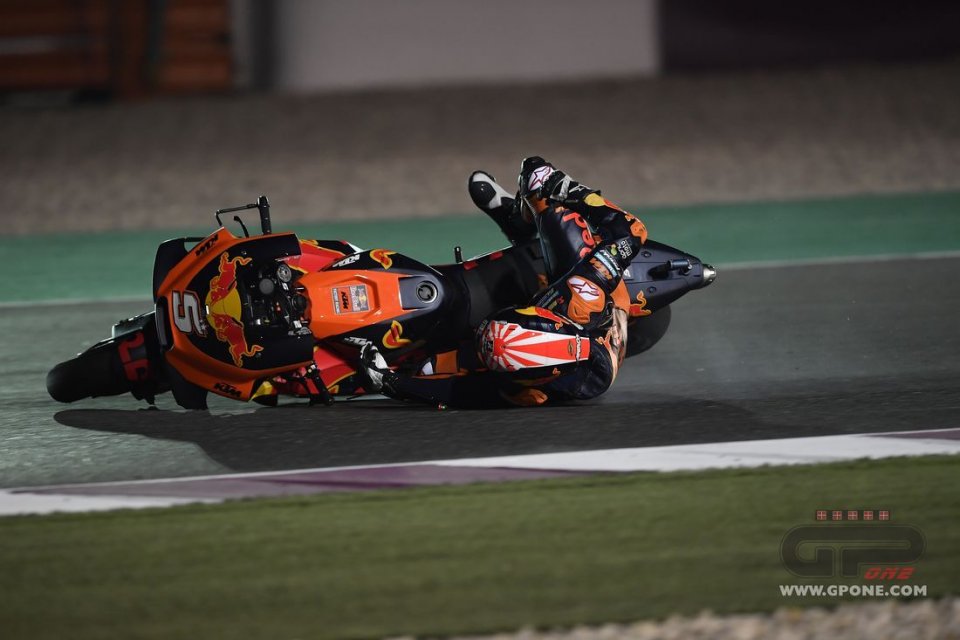 There is a ranking in which no pilot would ever want to excel: the one involving number of falls per year. They say that motorcyclists are divided into two categories: those that have already fallen and those that still haven't. A close encounter with the asphalt is practically always a possibility for a rider because racing means bringing one's bike to the limit and, therefore, the possibility of making mistakes.

Less falls, but not in the Moto3

In 2019, counting all the classes, 971 falls were recorded. The MotoGP riders, the more expert ones, are those who have fallen less: 220 times. An interesting fact, since it represents a turnaround compared to the last two years, when there were more than 300 falls with 18 GPs against the current 19. The Moto2 riders also made fewer mistakes: 347 instead of last year's 418. The same can't be said for the Moto3, where the remarkable number of 404 falls was reached, fifty more than 2018, but still far from the 2018 record of 463. 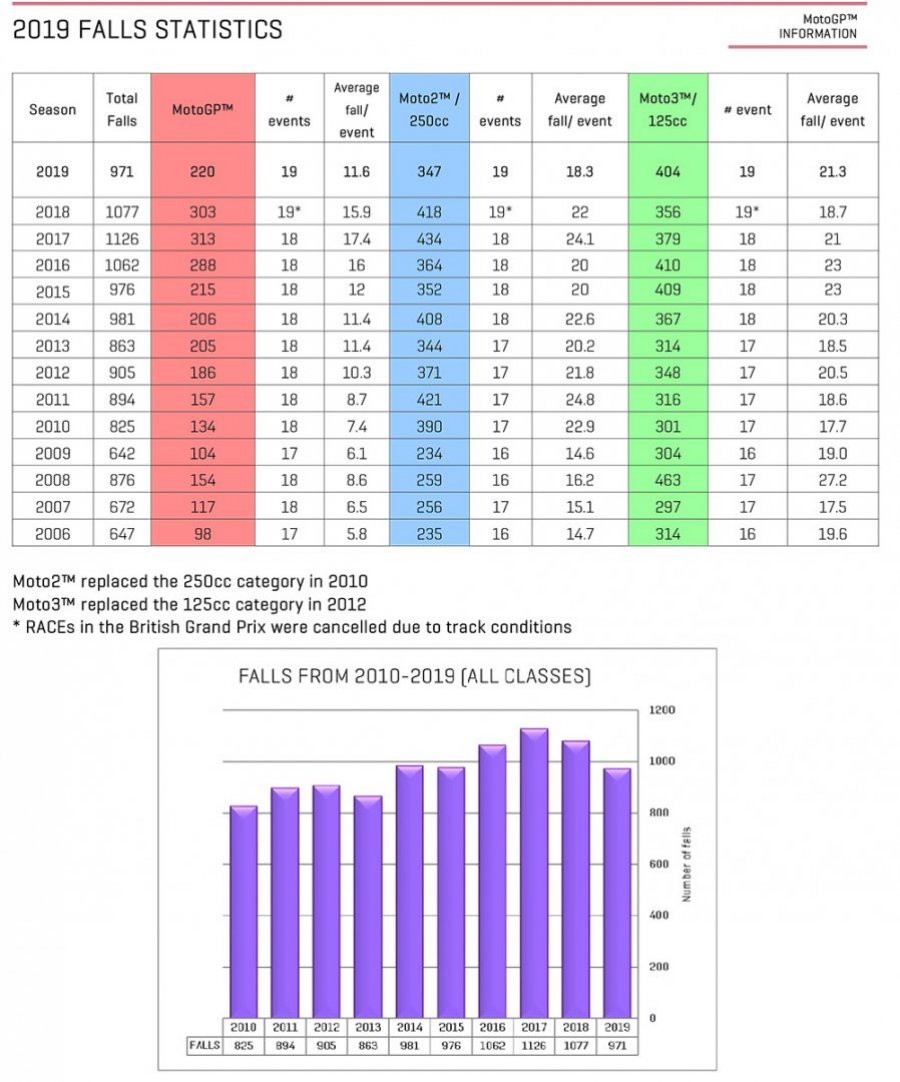 Taking a look at the turns where gravity does its job more, races win hands down, that's because it's the moment where riders have to give it their all (74 falls were recorded in MotoGP, 111 in Moto2, and 166 in Moto3). On the other hand, not many mistakes occur in qualifying, maybe because they concentrate more on the flying lap. Riders instead make friends with the asphalt a lot in the FP2 in MotoGP and in Moto3 and in the FP3 in Moto2. 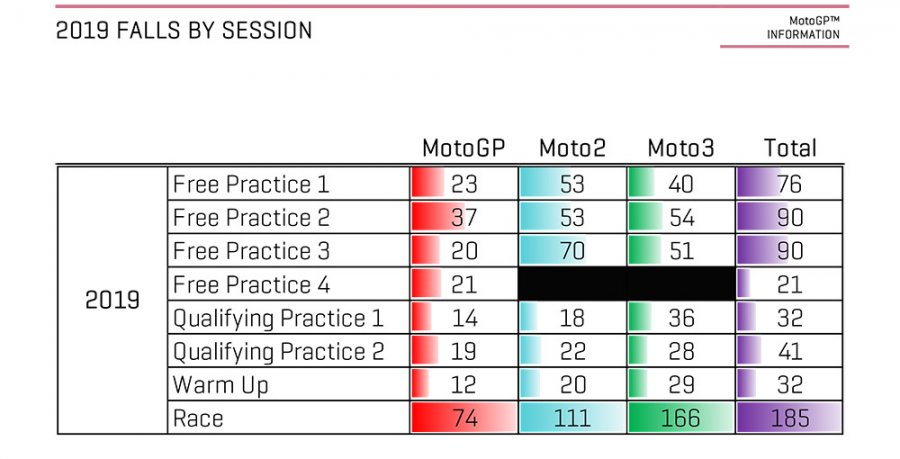 Now about the more insidious circuits. Le Mans deserves the palm hands down, with 90 total falls during the race weekend. In 2009, 2012, and 2013, the French track earned this unenviable record, also due to weather conditions that were not always optimal. Barcelona and Phillip Island ended up on equal footing on the podium this year, racing in critical conditions.

At the other end of the ranking, with only 15 falls in 3 days, there's Aragon, which achieved the minimum record of falls since 2009, the year these statistics were made available.

The worst Turn is in Le Mans and it's the 3rd, where 32 fairings grated the asphalt. 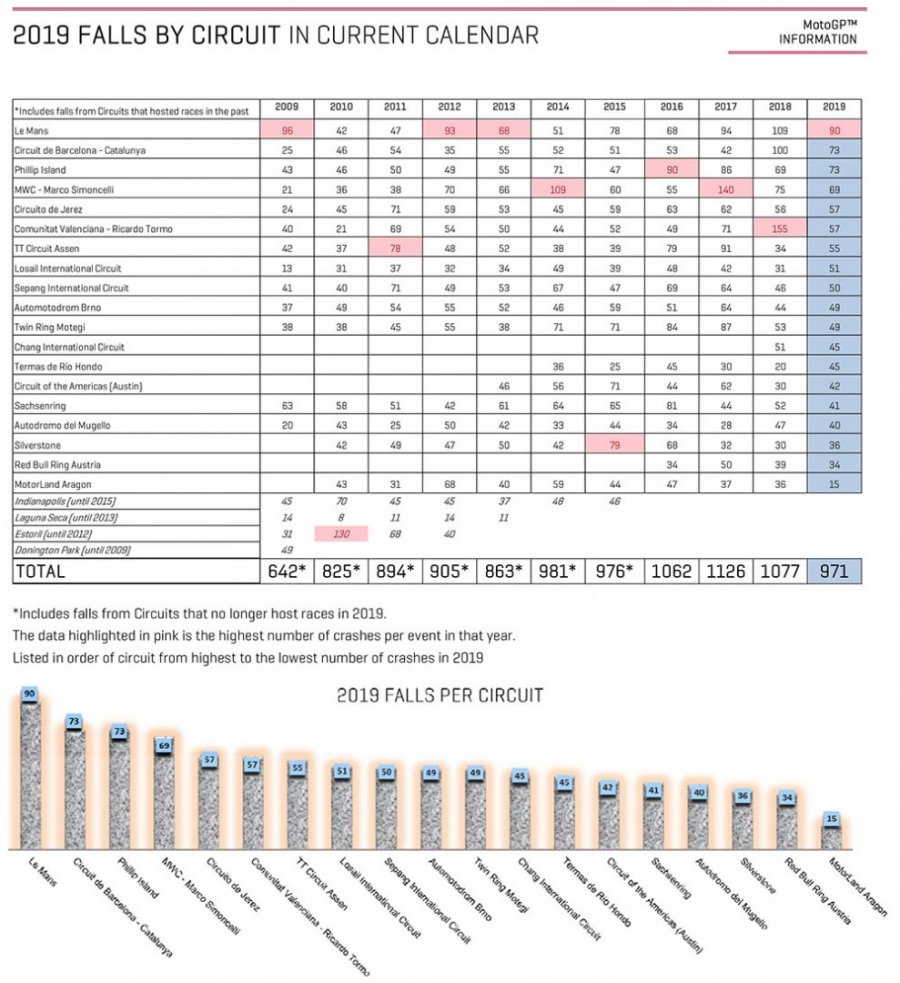 Zarco wins in the MotoGP, but the absolute ruler is Booth-Amos

At the end of a season almost devoid of satisfaction, the MotoGP top scorer was Johann Zarco, with 17 (not so lucky number) of falls. The French rider was at the head of the Pramac "crash team" that put Miller in 2nd place with 15 falls and Bagnaia in 3rd with 14. Marquez had the same amount, but we dedicated a separate article to him (read HERE).

At the foot of the podium was Abraham, Crutchlow, and Mir (another novice like Pecco) with 12 falls. The rider with less falls (and it's no surprise) was Dovizioso who hit the asphalt only 4 times, while 2 more were chalked up by Vinales and Quartararo, proof that he's not only fast.

Instead, Valentino Rossi ended up on the ground 8 times. Not many overall, the same number as in 2018, but still high compared to his standards (in 2014, for example, he had fallen only twice the entire season). 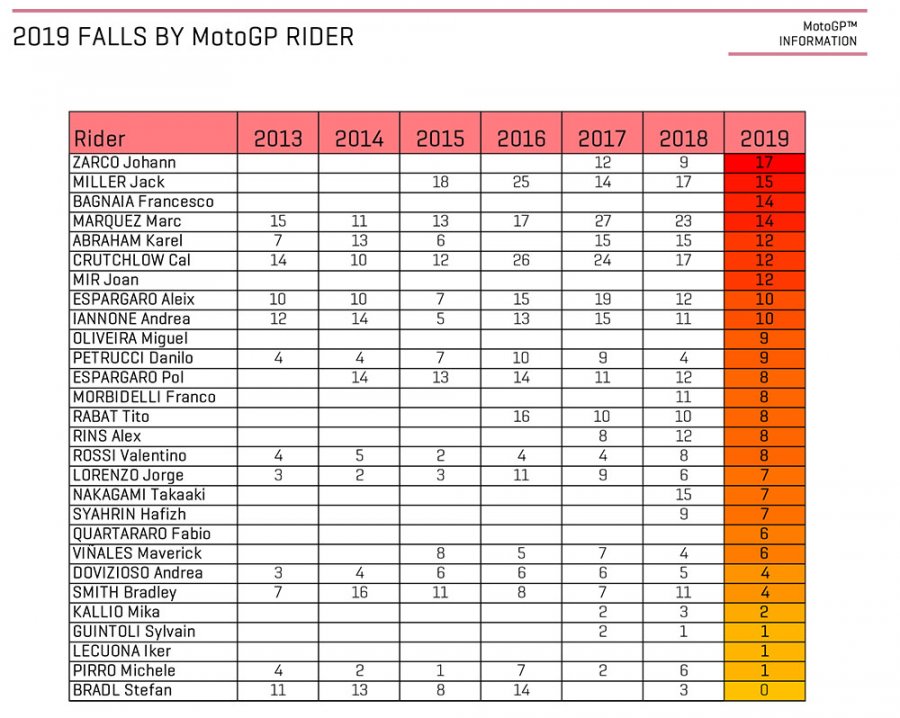 But the MotoGP riders are no match for the lower classes. Tom Booth-Amos is the overall winner with 22 falls, more than one per Grand Prix. The Welsh rider beat Turkish rider Can Oncu, who had 21. Third place was held by an old acquaintance in this ranking: Sam Lowes, to whom spare parts dealers should erect a monument.

As for the Italians, two stood out (if that's what you want to call it): Marco Bezzecchi (5th with 18 falls) and Vietti (6th with 17). Both were novices in their respective categories and paid the price for it... with their suits. 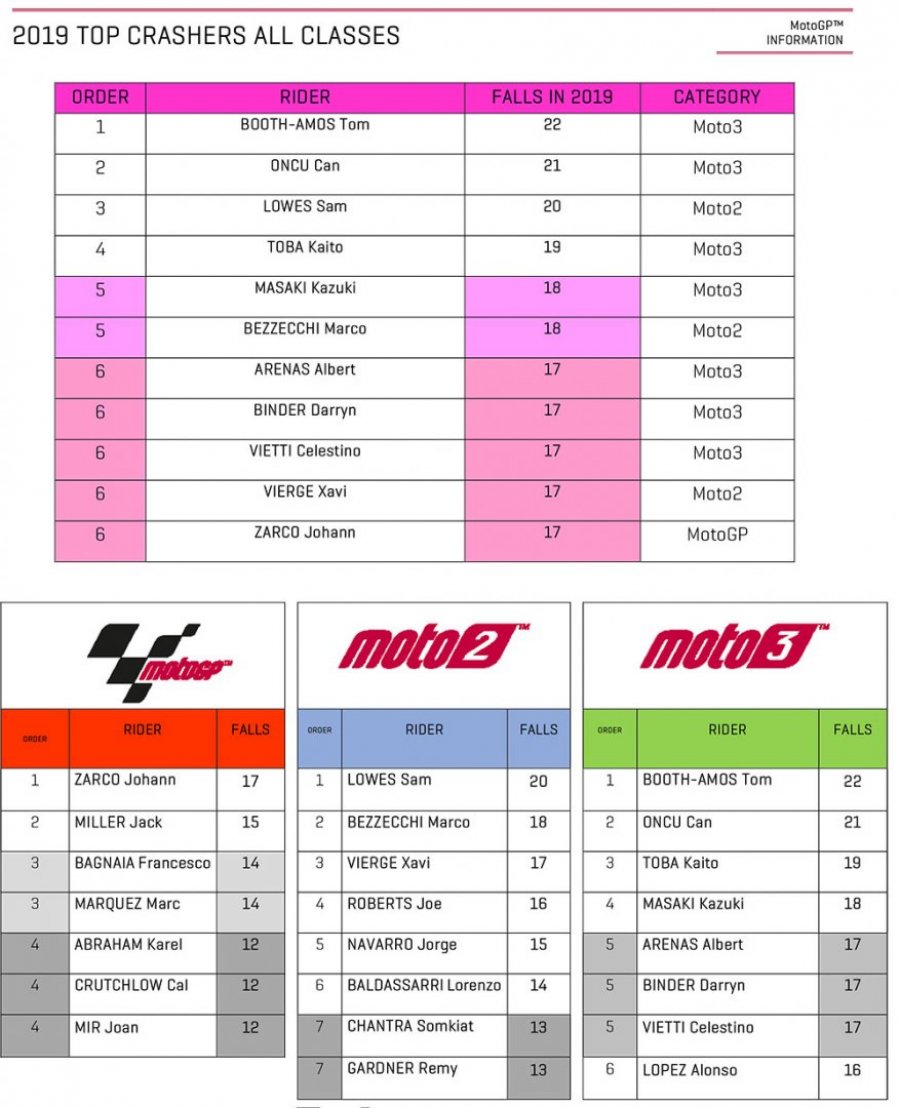 Additional checks revealed Lowes also suffered a small fracture to the top of his left humerus bone and he has commenced an intensive rehabilitation...
18 hours 50 min ago

British Superbike has not forgotten about Gino Rea, who is still sedated in Japan after a crash during free practice at the Suzuka 8 Hours and began...
20 hours 20 min ago

The Soft front will be a good solution for the less aggressive riders who need good feedback and high grip levels at maximum lean angle. The Hard...
1 week 3 hours ago