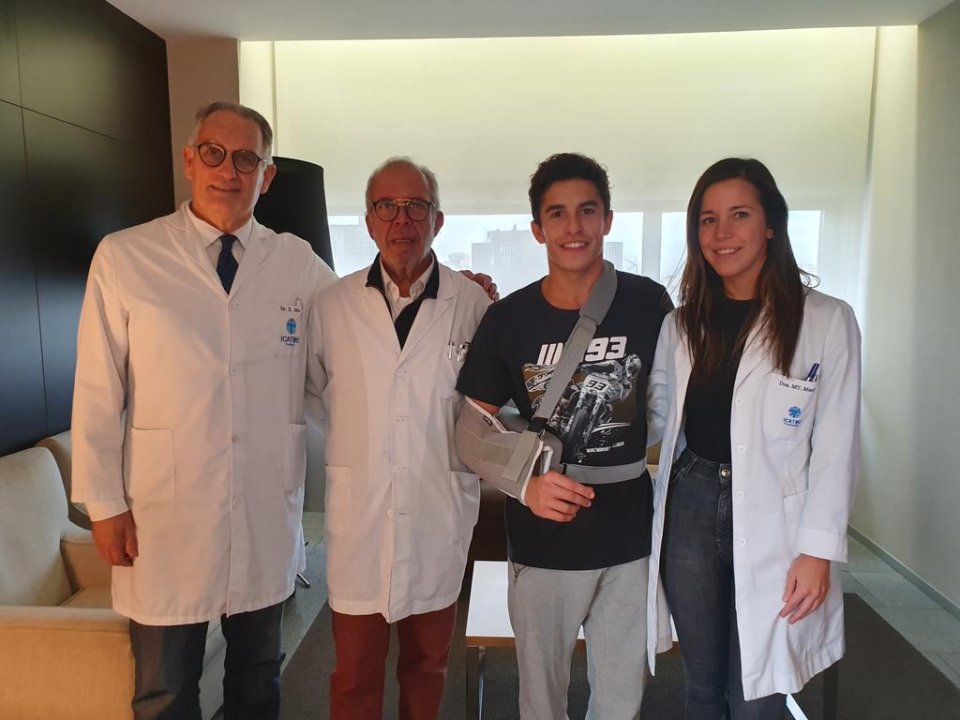 For the second consecutive year, Marc Marquez will spend his winter doing exercises and physiotherapy. After getting surgery on his left shoulder last November, Dr. Xavier Mir and his staff operated on his right shoulder on Wednesday.

"The operation went well," the doctor reassured everyone through motogp.com. "The hardest thing to do was to decide to operate because the injury was not as serious as his left shoulder last year. After the fall during the Jerez tests, he decided it was best, in order to avoid the risk of having to be operated on during the season."

Once he's left the Dexeus University Hospital in Barcelona, Marc will recover at home in Cervera.

"Rehabilitation will start immediately, and Marc will spend a winter very similar to last year's, and he'll have to give up on his holidays," Mir continued. "The injury was not as serious as his right shoulder, and surgery was easier. So we can assume that the recovery time will be slightly shorter than a year ago."

"It's difficult to assess it now," he answered. "I think he'll be ready for the Sepang tests, even if he won't be 100% fit. Besides the tests, what we'll try to do is make sure he'll start the championship in the best condition possible. For this type of injury, it would take a normal person 4 months for complete recovery. Riders are used to decreasing this time in half."