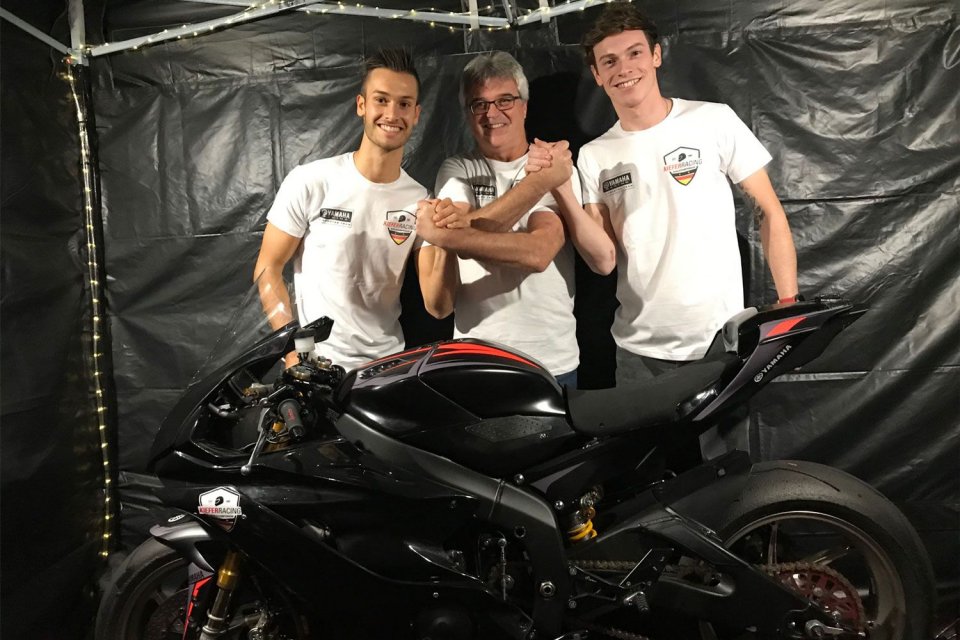 For Kiefer Racing, the Valencia Grand Prix two weeks ago wasn’t only the end of the 2019 season, but also the end of an era for them. After 17 years the squad based in Rheinland-Pfalz had to say goodbye to the FIM MotoGP World Championship. This was preceded by the decision of the selection committee to not consider Kiefer Racing with entries for the Moto2 World Championship 2020. The privately managed team had to struggle with many difficulties in recent years and had to overcome some difficult strokes of fate, but the passion for motorcycle racing has never been lost.

2020 is therefore a new beginning for Kiefer Racing. With the Supersport World Championship, team owner Jochen Kiefer has found a new field of activity and a new competition for his team. The preparations are already in full swing. With Thomas Gradinger and Lukas Tulovic a promising rider line-up could be signed. The material comes from Yamaha. So, two YZF R6 will be used. This bike is currently the most competitive in this championship.

With Thomas Gradinger, Kiefer Racing wasn’t only able to secure a very fast rider, but also the services of a very experienced one. The 23-year-old Austrian has made his step into FIM Supersport World Championship in 2018 as reigning IDM Supersport600 Champion and he was immediately able to convince himself with a lot of talent and a very fast base speed. His second season in WorldSSP, however, was a bit mixed. In the fourth race of the season, Gradinger finished in third place to celebrate his first podium on world stage. In the overall standings he finished seventh and ninth respectively in the past two years.

After a difficult rookie season in Moto2 World Championship, Lukas Tulovic meanwhiles is to make the move to WorldSSP together with Kiefer Racing. Even though this series is completely new territory for the 19-year-old talent from Eberbach, Tulovic has long known how to handle a 600cc racing machine.

The FIM Supersport World Championship 2020 starts on March 1st with the opening race at Phillip Island in the south of Australia. The series’ calendar contains a total of 13 race weekends. The highlight for Kiefer Racing and its two young stars will certainly be the meeting on the first weekend in August at Germany’s Motorsport Arena Oschersleben.