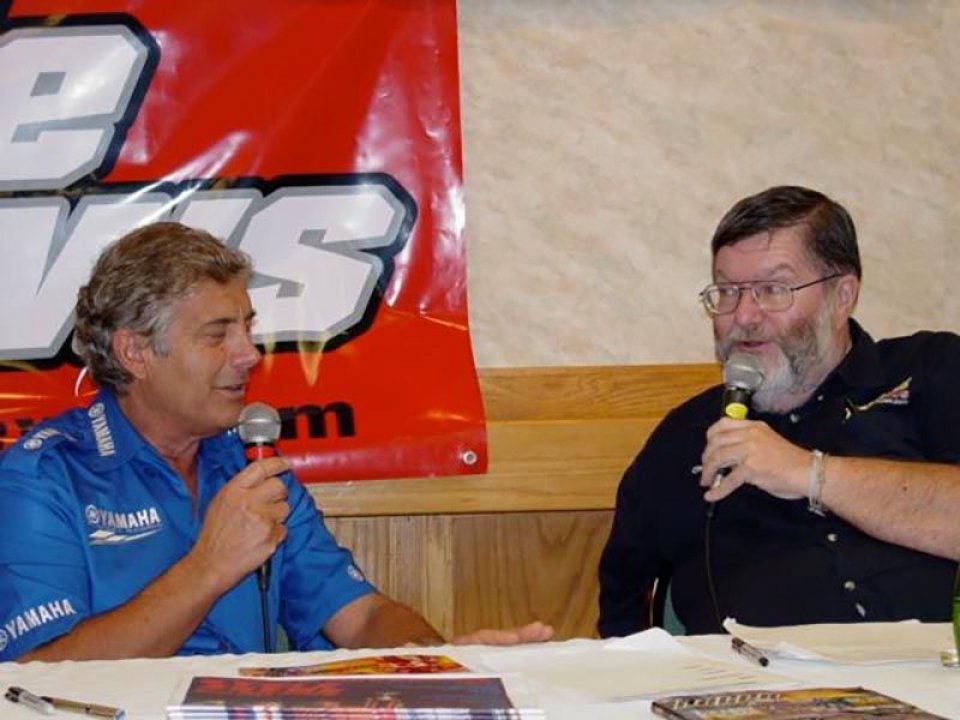 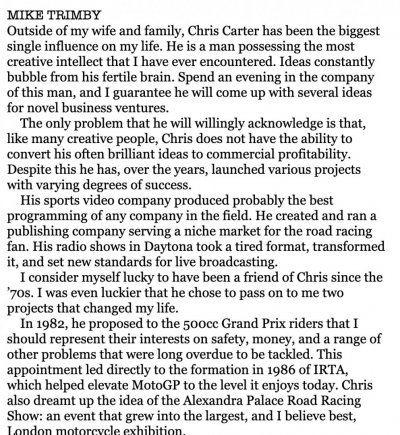 For over half a century, Chris has written, commented, and has been a protagonist of the motorcycling of the golden years: from the World Championship to the Road Races, passing through Macau and even Daytona in America.

His voice, with its very particular tone, we have heard it since the early '60s and there is no doubt that with a microphone in his hand Chris gave the best of himself, but even with the pen was recognizable. Arguto, he never avoided expressing his thoughts and opinions.

He had recently published a book: Chris Carter at Large: Stories from a Lifetime in Motorcycle Racing.

There are dozens and dozens of stories from the world of racing, from our world.

Mike Trimby, the current director of IRTA, the association of teams, even claims that the idea for its foundation was that of Chris.