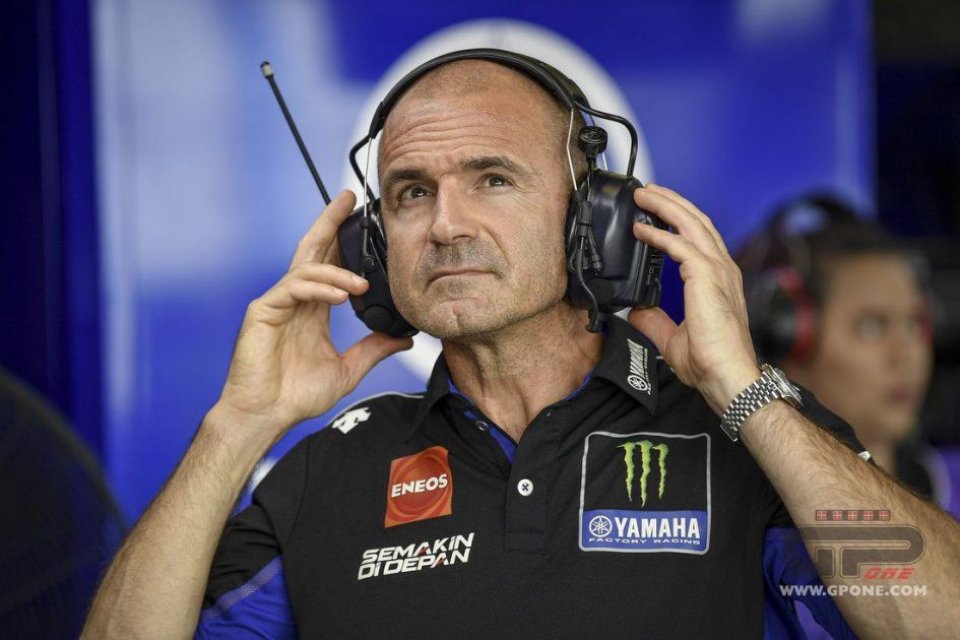 See you in Sepang! The curtain fell in Jerez on the last appointment for 2019 and, consequently, all we can do is wait for the beginning of February, when the bikes will be back in action again during tests in Malaysia.

So it's now time for Yamaha to take stock, and Maio Meregalli is the one to do it. The look on the Yamaha team manager's face shows us he's confident with what the team accomplished.

"It was a very positive test," he began."It was important for us to confirm what we saw in Valencia, despite the weather, which wasn't the best in these past two days. In the end, they confirmed last week's work here in Jerez, so much so that Maverick managed to be faster with the new bike. As far as I can see, I can say that the M1 seems to have been a good and, at the same time, a promising creation."

There is a good deal of confidence in Meregalli's words.

"The goal was to have confirmations, even if there's still a lot of work to do. I'm confident, since we never reached this level in past years. With the new M1, we were able to improve both delivery and top speed, even if we need to do something more to this regard.”

But Meregalli is also keeping an eye out for the competition.

"The fact is that we improve, but so do all the other teams. I also must say that here, in Jerez, top speed doesn't make the difference, even if we managed to understand the engine. So, let's wait for Sepang to get some updates, even if there aren't any big changes. Maybe this won't be the final version of the engine, but we're close."

Vinales was the superstar on the track, while Rossi was left behind.

"Maverick started the test with the old bike, as a starting point, then he moved on to the new one, continuing the same work as Valencia. He's rather satisfied with the package, although the M1 isn't as competitive as the previous one in certain points, it's the opposite in others. So, he's trying to optimize the package. Vale is, more than anything, concentrated on the set-up without trying to force his pace much. Unfortunately, the weather stopped his and also our work."

"Both have the same feedback, and all this is important to address the work."

One last thing about the new entry, Munoz.

"He fit in well with the team, and I wasn't worried about this, since the team's organization lets him gradually integrate."

"Based on what we gathered here in Spain, I expect new material in Malaysia. They already have a program to develop together with the test team in Japan, even if we're not aware of this."