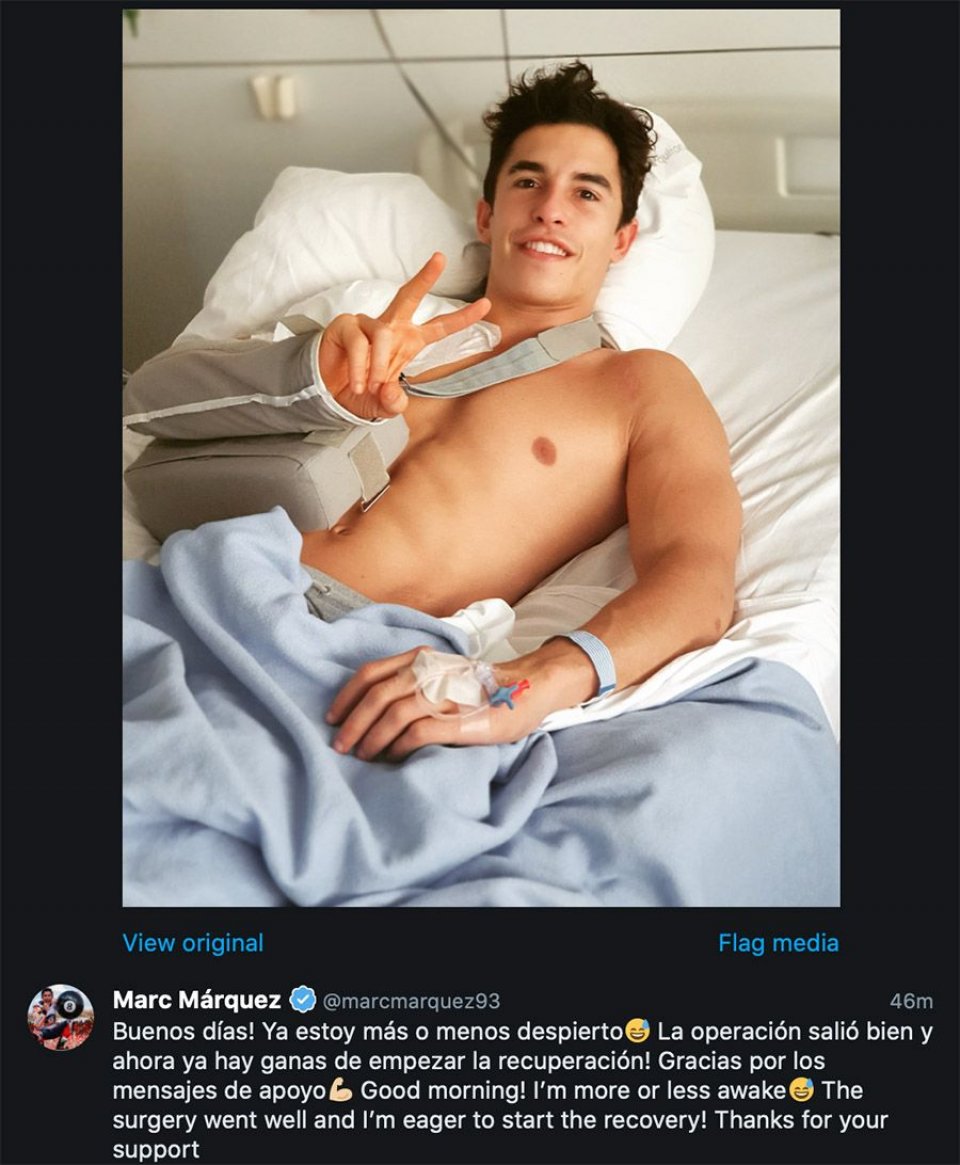 Marc published a picture from the hospital bed after surgery, he should be able to return home tomorrow