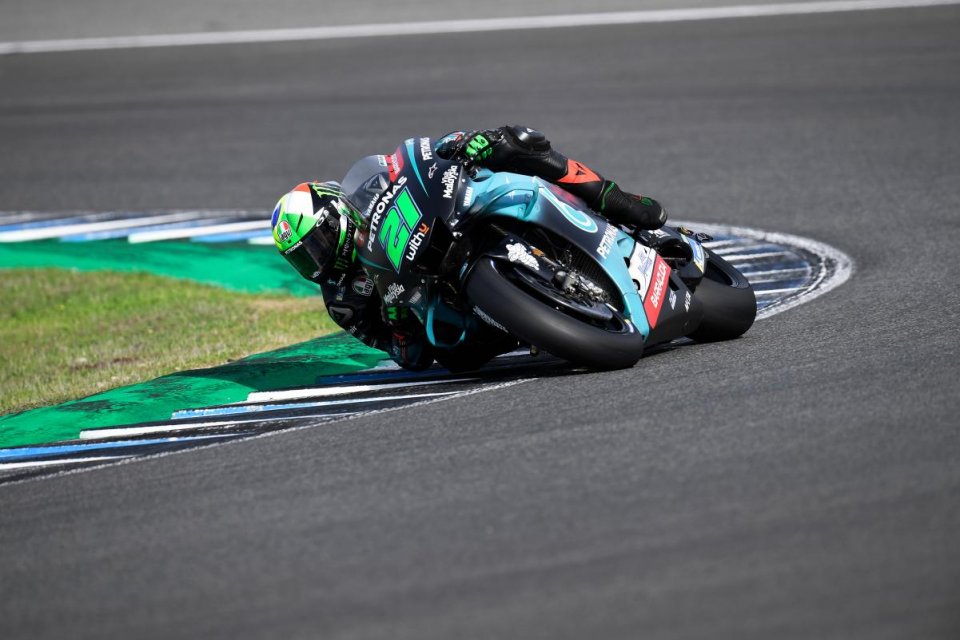 Final fifth place aside, today was an important day for Franco Morbidelli. #21 tested a prototype of the new Yamaha engine: as usual (like his teammate Quartararo), Franco doesn't take a position, but his impressions seem positive.

"It's been a long day, with a few red flags and not really stable weather, but I managed to test the new engine. I liked it a lot, especially on the straight, even if these are only first impressions. Now I have to analyze the data to more precisely understand where it's better and where it's not."

Problem solved then? Not really, since Morbidelli doesn't hide his desire to still want a bit more horsepower: "We wanted more top speed, and the Yamaha is giving it to us, even if it still needs a bit more. This engine behaves differently both on straights and when cornering, so you have to adapt your riding and the set-up.".

The only negative side of the day was his fall on the final lap, but he fortunately had no physical repercussions.

"I turned late, and maybe the conditions weren't optimal. Unfortunately, I hit a wet spot at turn five and lost the front, but I'm fine. I fell at one of the few right-handers because I wanted to stand out," he said, laughing.

Now Morbidelli is preparing for the second day of testing when he might also try the new frame. "If the weather is helpful, I'll still work on the new engine and try to confirm the things I tested in Valencia, and I'll work on the set-up. I don't know if we'll also try the new frame. If we have it in the back of the box, we'll try it, otherwise we won't," he laughed, again.