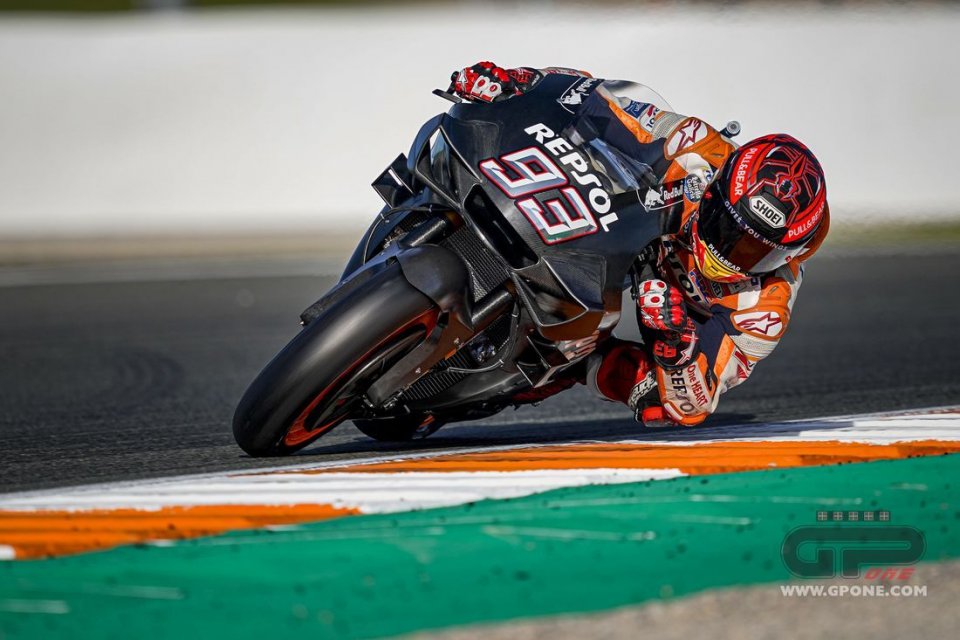 2020 already started last Tuesday and Wednesday in Valencia, after the last Grand Prix of the year, and will continue tomorrow and the day after, November 25th and 26th, in Jerez.

But there was a last minute surprise. Avintia and Karel Abraham broke their contract. However, Johann Zarco might not be able to get on the Ducati that was freed (so to speak) by the Czech rider any time soon, officially due to his ankle problem.

So, the French rider will probably only test in February at Sepang, while Eric Granado - awarded for his good performances in the MotoE where he finished in third place - will be riding the second Ducati Avintia in Jerez.

Like in Valencia, Suzuki, Yamaha, Ducati, Honda, KTM, and Aprilia will be on the track, but only the officials will be testing for Honda, without Stefan Bradl. Instead, Sylvain Guintoli (Suzuki), Michele Pirro (Ducati), Bradley Smith (Aprilia), and Dani Pedrosa (KTM) will be present, while Yamaha won't have a test rider available.

Nakagami, Oliveira, and Bagnaia will not be present due to injuries. Pirro - who will be joining Pramac alongside Christian Gabarrini - will be taking Bagnaia's place.

Of course everyone is eagerly awaiting Alex Marquez, who will finally be wearing the Repsol colors with what used to be Jorge Lorenzo's team. The other two rookies, Brad Binder (KTM) and Iker Lecuona (Tech 3 KTM) will continue on set-up.

Besides Aprilia that - after Andrea Iannone's unfortunate fire incident - will test with its 2019 bike, the other teams will all be testing their prefigured 2020, but without aerodynamic innovations, so as not to unveil their ideas to their adversaries.

Honda, as we know, is working on rideability, trying to improve engine performance, after Crutchlow in Valencia revealed that he had not seen any improvements in this field and complained about HRC "stealing" three of his technicians. But after Marquez reiterated that he won't be worrying about how "bad" the bike is as long as it's fast, poor Cal can't really hope in taking great strides forward.

Ducati, on the other hand, knows it has to recover its engine superiority but, at the same time, it's under pressure from Dovizioso and Petrucci who continue to complain about understeering. We'll see how the situation will evolve now that Jack Miller seems to have greater confidence in himself and will have his say on development.

Regarding the engine, Yamaha and Suzuki are both working on it since they were a bit behind. The Iwata team is also looking for a solution to improve on the rear tire, something that Valentino Rossi has had the most problems with.

KTM, on the other hand, will be involved in assessing two new frames, both tested by Dani Pedrosa and Pol Espargarò. These are still tube frames but with a new design.

Tests will take place as usual from 10am to 6pm. And only we will be LIVE, with Matteo Aglio already on site.

TIMES AND SPEEDS IN VALENCIA

PHOTOS OF THE VALENCIA TESTS

The Marquez brothers “break up” with manager Emilio Alzamora