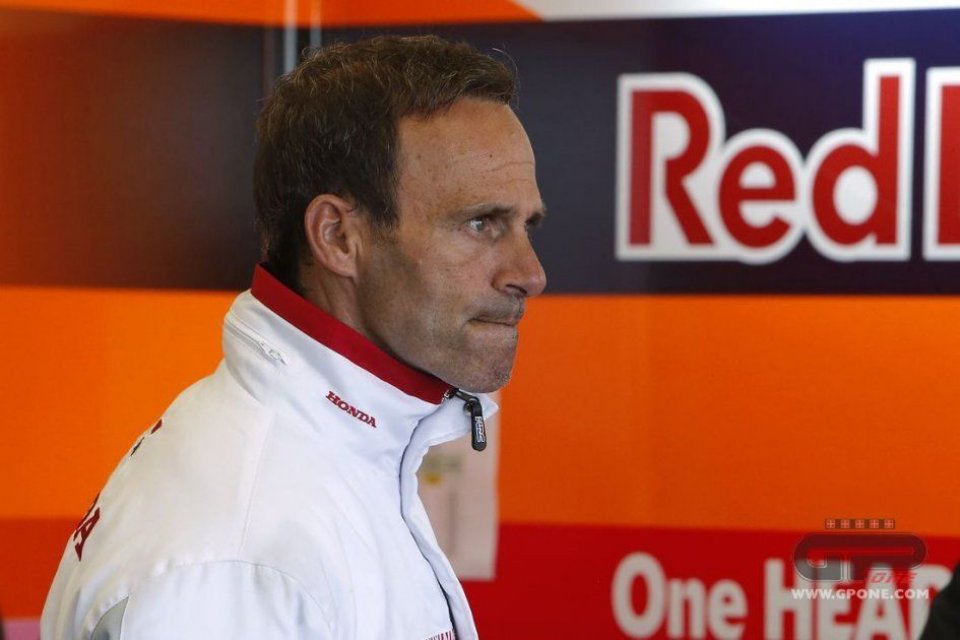 The week that just ended was not easy for Alberto Puig. Many may think it's because of the market affairs concerning Jorge Lorenzo's replacement. Instead, he explained: "I was in America in the hospital. It was a very busy week for me. I'm exhausted."

Honda's team manager cut it short and preferred to talk about Alex's debut in the MotoGP.

"The first day with the MotoGP is always difficult," Alberto began. "Every fall is always unexpected, but Alex was able to resume his work. I told him not to worry, even though he lost some time. He got back on the bike, showing some progress, and I'm convinced that he'll do better tomorrow. I think Alex is becoming more familiar with the bike, step by step."

Everyone is curious to see him in action again on Wednesday.

"I think Alex is happy with this adventure. Obviously, he needs to figure out the right measurements on the bike, despite his size. He's tall. We were used to Pedrosa in the past, who was shorter."

In some ways, it's strange to see two brothers working together, even if Puig is not of the same opinion.

"I told them I see them as two riders and not brothers. Alex will work with Lorenzo's team from last year, with Ramon Aurin as chief technician. This was my idea. I wanted to keep the same work team, which did well last season."

We were able to see many innovations in Valencia the first day, especially with KTM and the new frame.

"I haven't had the chance to see the other bikes," Puig concluded. "KTM is definitely working hard to develop its bike and be competitive."

One last thing about when Alex will try Honda's 2020 version.

"We still don't know. We still have to see and understand what the damage was on the bike today."