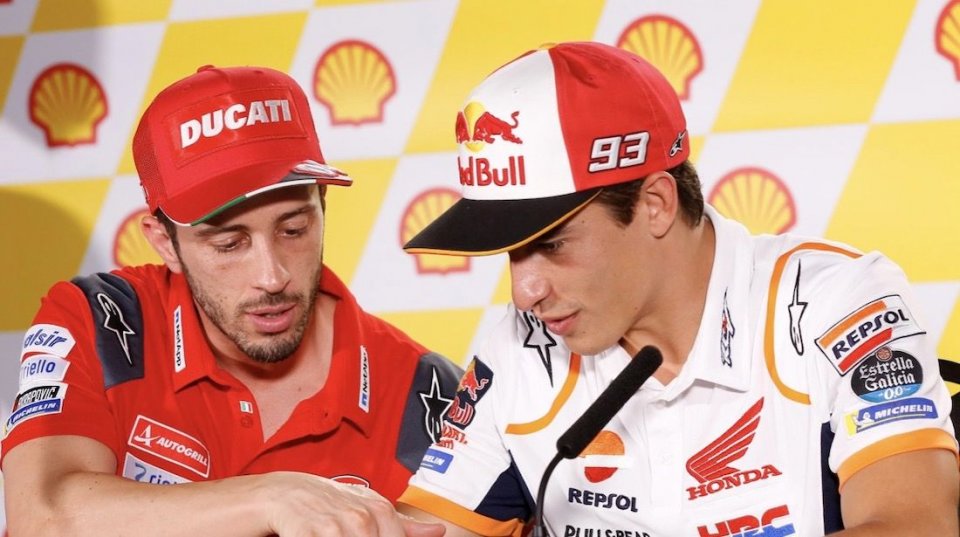 Andrea Dovizioso's season ended with a drab fourth place. The rider from Forlì didn't enchant us in Valencia, but he still managed to reach a good position at the end of the race. Looking at the numbers, Andrea's season was excellent, since it's the best when it comes to his points in the MotoGP. But his third time as vice-world champion behind Marc Marquez has left a bad taste in his mouth.

"I have to stay calm," Dovi began. "If I reflect on the season in a rational way, I see that Honda and Marquez have made a difference in everything, so thinking about how to beat them is very complicated for everyone. In my opinion, however, it should not be seen this way. Every MotoGP season is different, and a lot of things can happen on so many different levels, like bike development, falls, and so on..."

But what could be the key to getting closer?

"The only thing we can do at Ducati is to continue working as we have done over the years. We have to push hard with the innovations that we'll have available starting Tuesday and see if something interesting can come out of it. Understanding the direction to take will be difficult, but we'll have more data available on Tuesday.”

However, this year's gap doesn't leave much room for interpretation. They need a breakthrough.

"Yes, the gap is bigger than last year, but a 59-point difference with even the two zeroes I got, which weren't my fault, are not that bad."

What are you taking away with you from this year?

"I really learned a lot, and I also reached my points record in the MotoGP. Looking at Marc, I can't be satisfied, but I'm second for the third consecutive year, and it's certainly not a coincidence."

Instead, what are your feelings about today's race?

"I was sorry I didn't get on the podium, but I had to adapt a lot to the conditions of the track. However, I'm satisfied because I was fast in the race. I felt good physically, and I even managed to push."

Was the weather a problem?

"I wouldn't say so. The tires worked better and, in general, the conditions were better than yesterday. In the middle of the race, the wind started to blow in a non-linear way, and it would have been easy to make a mistake, but I didn't have a big problem."

In the last few races, there have been many complicated situations due to the weather, and the news these days is that, starting next year, it'll be possible to race without aerodynamic wings at Phillip Island. What do you think about that?

"I didn't understand who and why they said that racing at Phillip Island without wings is better. This doesn't convince me very much. When the wind blows frontally, we have no problem. Instead, when it hits us from the side, the bike becomes heavier, but I don't know if the wings change anything."

Today, the only Ducati on the podium was Jack Miller's. He won his fifth podium of the season. What do you think about his season and staying with Pramac?

"It's always difficult to judge Miller. He's very fast on every track, but he's not very consistent with his results. He's had some great races this year, and the fact that he's continuing with Pramac is a good thing for him, in order to try to be more consistent." 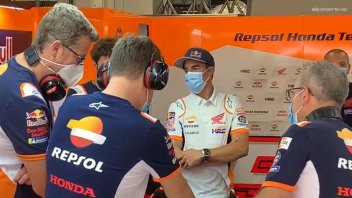 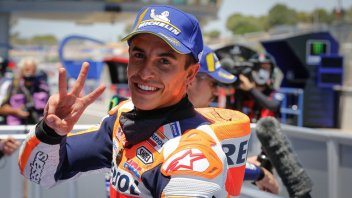 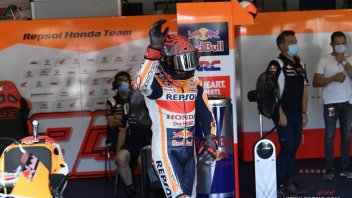