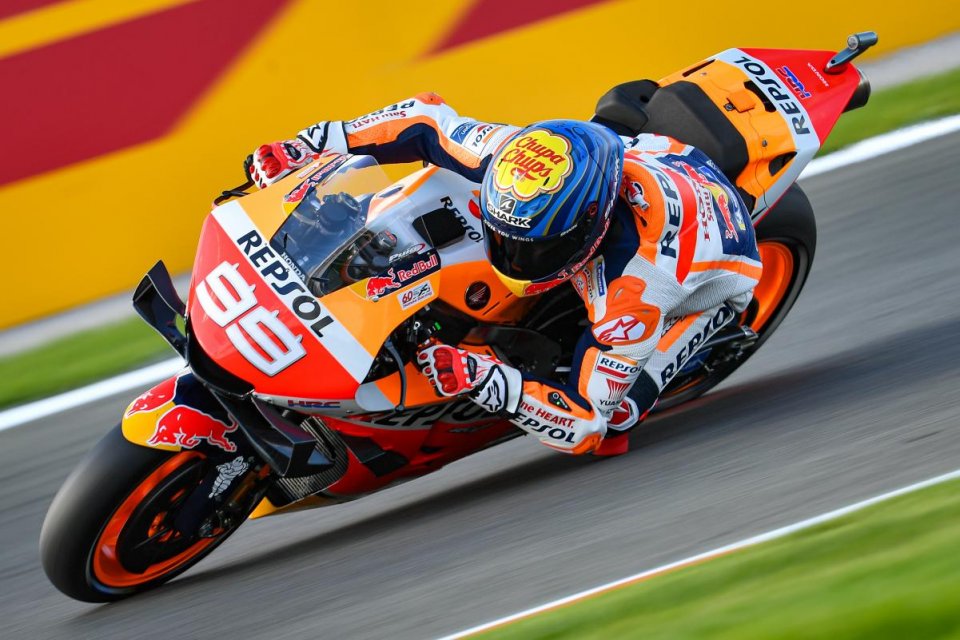 Now it's really over. Jorge Lorenzo finished his last race 13th and, of course, there were heart wrenching moments. For example, "Lorenzo's Land" last flag, planted in the ground like after a victory, or his arrival at the garage to celebrate with all his loved ones. Jorge looked calm, enough to give his first statements to Sky as a (perhaps) former rider.

"One of the things I learned in life is to never say never. Right now, its a final decision," said #99. "But I can't know what I'll think and feel in a few months. I'm open to listening to all the possibilities, then we'll see what happens. I've enjoyed 17 years of competitions with lots of victories and different titles. All that remains is to wait to understand what the next chapter of my life will reserve me."

Obviously, the rider from Mallorca also dedicated a moment to the race, which ended without any unnecessary risk, waiting to celebrate with all those who accompanied him during his career.

"The conditions were very difficult due to the cold and the wind, which caused many falls. When I realized that I couldn't keep the pace of the past few days, I decided to finish the race without overdoing it, and then celebrated with all those who came here. They're also here for the triple crown won by the team, which seemed impossible at some point. It's a special day both for me and for the team."