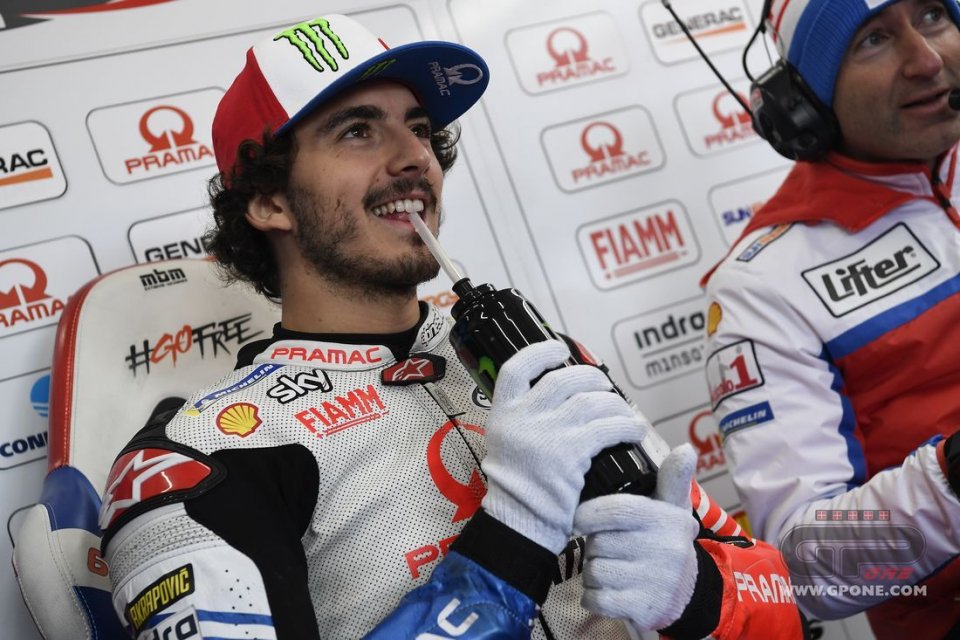 Pecco Bagnaia won't race in Valencia tomorrow. A bad fall in the FP3, when exiting the pit lane, caused a micro fracture to his right wrist and a head injury. Tests ruled out complications, but the blow to his head was really hard (the Pramac rider still remembers nothing of the accident), so doctors decided to stop him as a precaution.

"It was a bad fall but, fortunately, there were no serious consequences," Bagnaia explained. "We'll try to understand what happened, but the most important thing now is to recover and get back on track for the tests. I would like to extend a big thank you to the Mobile Clinic, to Dorna's medical staff, and to all those who helped me."

Pecco Bagnaia: "My best lap ever, everything was perfect"

Pecco Bagnaia: "I was slow and upset, I apologized"