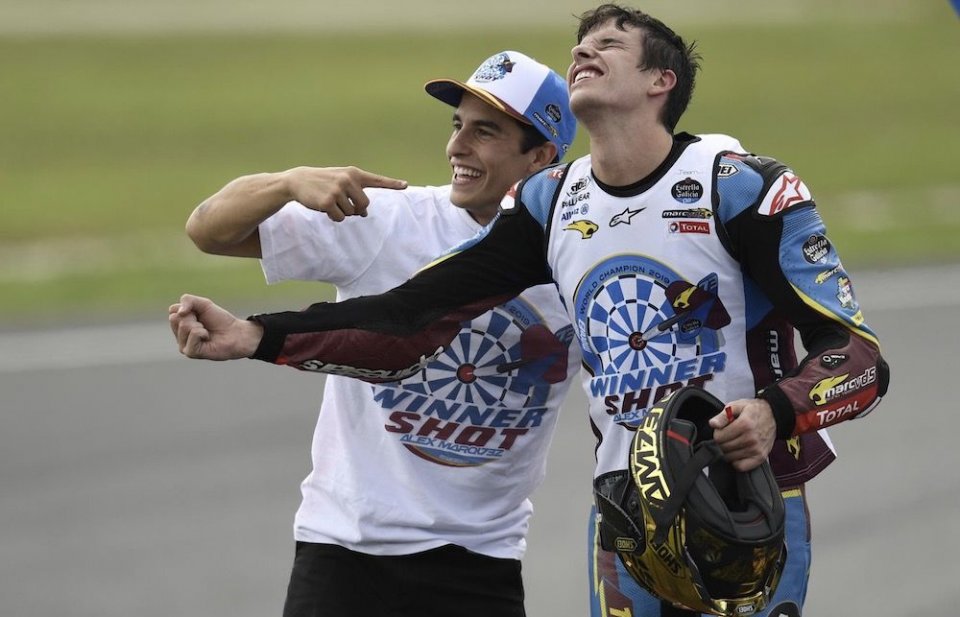 Like all riders, Marc Marquez's day was marked by news of Jorge Lorenzo's retirement. The current world champion attended today's press conference during which Por Fuera confirmed his retirement from professional racing. As well as a rival, Marquez has also been Lorenzo's team-mate. Did he already know this was coming?

“Honestly? I found out this morning - he says - The news took me a little by surprise, the team too. He's a person who always commits and it is also because of this commitment that we all saw at the Malaysian GP that we didn't expect this announcement”.

What made you doubt his possible retirement?

What could have pushed him to make such a drastic decision at this time?

“He saw that victory was too far off and he lacked motivation, so he decided to stop. Only a great champion can do that”.

Honda must now find a new rider. Who might they choose?

“Yes, we now have a free bike and it's a very important bike. Honda is also a little surprised, and needs to understand whether they want an experienced rider or prefer to give a youngster like my brother, the Moto2 world champion, a chance”.

Would you prefer your brother to come straight onto the factory team or would you suggest he first races with Lucio Cecchinello's team?

“It's not up to me - he says - if he has to make that decision, I won't get involved. Having won in Moto2, I can see him on either bike, he's well prepared but it's a very personal thing”.

“Crutchlow, Nakagami and me were more or less of the same way of thinking regarding the bike and the team has been working in that way. I don't think Lorenzo's departure will alter the work path”.

Any particular duels with Lorenzo that stick out in your memory?

“I've had so many with Jorge, having won and lost, I remember those I won best of all of course. One great victory was at Silverstone in 2013”.

Do you think Jorge's decision is final or might he have second thoughts further down the line?

“I think it's definitive, seeing as how he's gone about it. Many riders would have had no qualms about continuing for another year in this situation, just to take the money home, but he realised he couldn't win and so has stopped because he's a winner".