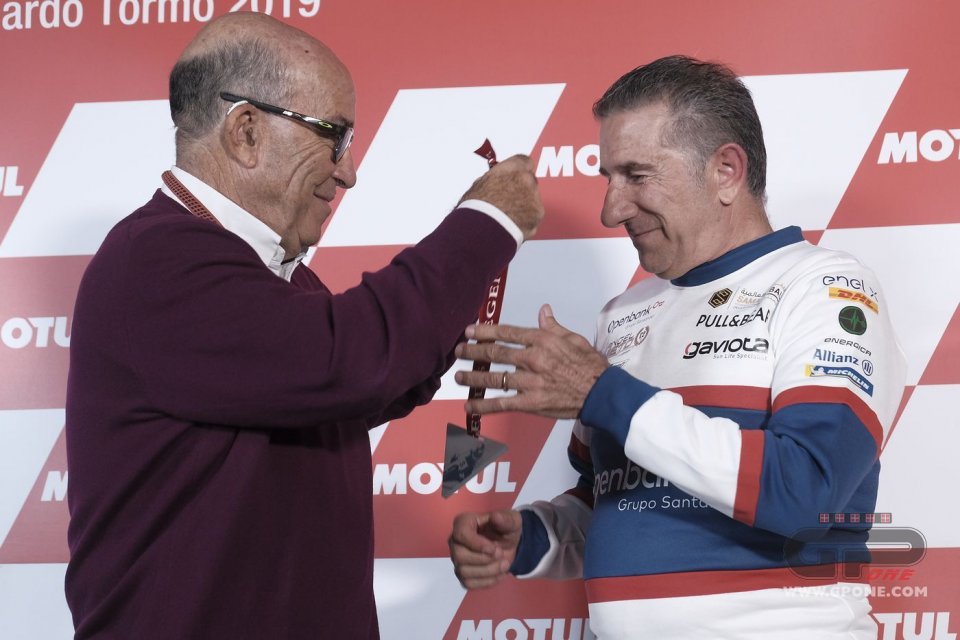 It was announced on the 40th anniversary of his first ever race and now it's a reality: Jorge Martinez 'Aspar' is a MotoGP Legend. The Spaniard was inducted into the Hall of Fame at the Circuit Ricardo Tormo in Valencia, with Dorna Sports CEO Carmelo Ezpeleta in attendance.

'Aspar' began racing on the world stage in 1982 in the 50cc class, and won his first Championship in 1986 in the 80cc category. He defended the crown in style as he dominated 1987 with seven wins, and another season of glory was just around the corner. 1988 saw 'Aspar' become a three-time 80cc World Champion as he dominated his third season in a row in the class.

1988 was also an extra landmark for the Spaniard as he took on the challenge of the 125 World Championship - and won. Nine wins in 11 races saw him crowned 1988 125 World Champion too, making it four world titles in three years and two categories.

The Legend didn't stop there and raced until 1997, competing in the 50cc, 80cc, 125cc and 250cc categories over his career and accruing a total of 37 Grand Prix victories on the way to his four incredible World Championships.

"It’s a very big pleasure and an honour to nominate Jorge as a MotoGP Legend today - said Carmelo Ezpeleta, CEO of Dorna Sports - I had the privilege of being with him since the beginning, before the Dorna era. Jorge has been something very, very important for motorcycling and is a Legend not only for his titles in two categories but also because he has been with the Championship since the beginning, he has created very successful teams, he has been several times World Champion with his riders, and he always has maintained his passion to make motorcycling part of his life. It’s a big honour to us to have Jorge as a MotoGP Legend. It’s a very important day for us."

"Thank you so much Carmelo, thank you Dorna, thank you everyone for coming - said 'Aspar' - For me it’s an incredible day, it’s a very big honour for me to be in the Hall of Fame of MotoGP. This last week I had many memories about my first race, my first victory in Assen and now looking at all this is incredible. I’m very, very happy. Thank you very much, Carmelo.

"When I was a child, the only thing I wanted to do was ride a bike. I get emotional thinking about the experiences I've had, the suffering too, but it's amazing to remember these photos from 1979, sleeping in tents, and then to be here at the Circuit Ricardo Tormo. I chased Carmelo in 1988 to get the track built, to bring MotoGP to Valencia...

"It's a dream seeing all my friends here, my riders, my family, my paddock family...this is like my little town. A town I've lived in for no less than 35 years! Thanks to everyone, we've been through difficult moments, and thanks to sponsors who have been with me for so many years, and thank you to the media... A million thanks." 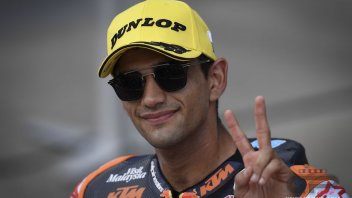