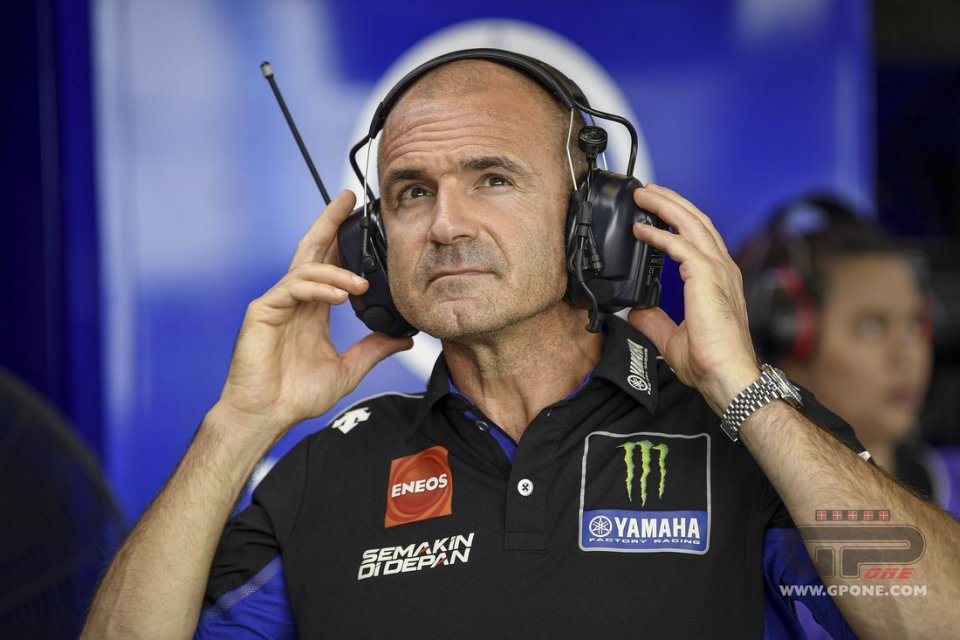 Yamaha has made an about turn. Last year saw plans drawn up for a test team based in Europe, with Jonas Folger as test rider. A path already travelled by other Japanese manufacturers (with Honda entrusting Bradl and Suzuki Guintoli) and welcomed by Valentino Rossi, who has often deemed it a necessity.

Up until a few weeks ago, the 2020 test team together with the German rider seemed to be confirmed, Zarco preferring to compete with Honda for the last three races of the year rather than work with the Iwata manufacturer. But today comes the cold shower, in the shape of communication from Folger, who announces that Yamaha have let him go, after previously giving him their word as to the renewal of his contract.

“I'm very sorry about what has happened with Jonas but our plans have changed - explains Massimo Meregalli, Yamaha team manager, who doesn't deny Folger's statement - We had a meeting with Yamaha management at Sepang and have decided, by mutual agreement, to modify the structure of the test team”.

In other words, the Japanese will directly manage affairs next year, including the European side of things.

“We will continue to test in Europe of course, but will do so in a different way - continues Maio - We will entrust two Japanese test riders, Kohta Nozane and Katsuyuki Nakasuga. And the team will comprise Japanese technicians, with the exception of Silvano Galbusera, and certain electronics engineers from our Italian base where necessary”.

The decision seems strange, because it means going against the tide at a time when test sessions for factory riders are few and far between. Test riders therefore need to be fast in order to evaluate new parts. In this sense, Valentino has often complained about the performance of Japanese test riders, who are not always able to bring the M1 to the limit or, therefore, to have clear ideas about the material tested.

“As I've said, we'll start like this, but we don't rule out making some changes along the way - underlines Meregalli - I'm not closing any doors, we may change our plans during the year”.

Who exactly this might involve remains to be seen, as there are not many available riders able to bring a MotoGP bike to the limit. Folger was one of few, the others are essentially all employed. Unless Zarco changes his mind.

“You would have to ask him - observes the team manager - He preferred to race with Honda, hoping that Lorenzo's seat becomes available. We'll see what happens, I'm not closing any doors for now”.

This is the last act: the Suzuki Racing website closes. It is unclear why Suzuki does not want to turn it into a page commemorating the many...
1 day 2 hours ago

THE 2023 CALENDAR MotoAmerica, the American series, will have to do without Danilo Petrucci this year, who has decided to continue his career in...
2 days 18 hours ago

THE 2023 CALENDAR The Suzuka 8 Hours, valid for the FIM World Endurance Championship, will take place in 2023 one week later than originally planned...
4 days 3 hours ago