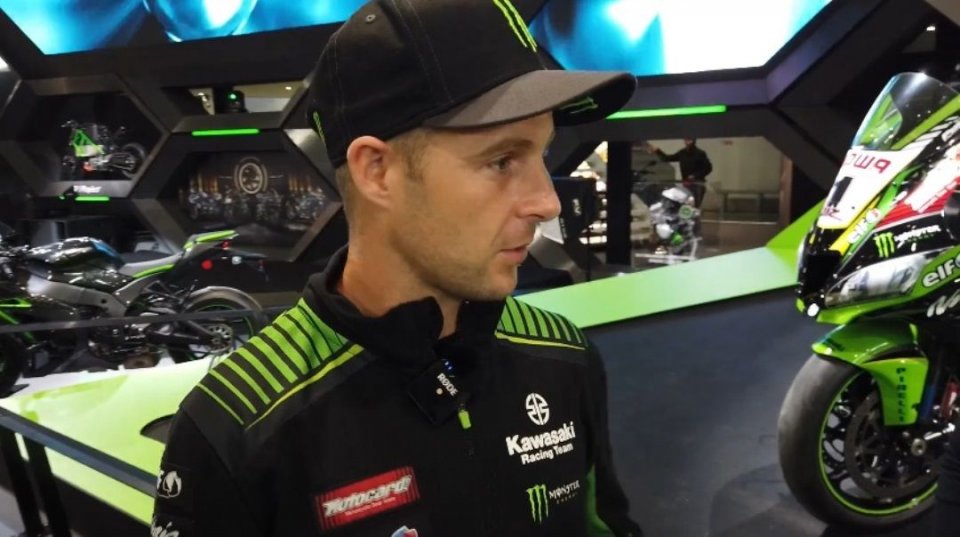 You'll find motorcycles at EICMA, but also riders. Among those present at the Milan Motorcycle Show at Rho Fiera was Johnny Rea. The Cannibal was, in fact, a guest at Kawasaki, revealing all the innovations brought to the fair by the Japanese manufacturer.

It was an opportunity to meet his fans and, at the same time, take stock of this 2019, which gave him his fifth world title. But he's thinking about this upcoming season, which will start in less than ten days with tests in Aragon.

"I think this season has been important for all of us," Rea began. "After the first four races, we came up against a rider like Bautista, capable of winning 11 consecutive races. What he did with Ducati was incredible. He seemed impossible to beat."

But time has proven you right.

"In the first few races, I tried to survive, bringing home the best result possible. At Phillip Island and Buriram, Alvaro won with over 10 seconds, something never seen before in the Superbike. But then the situation changed. Bautista made many mistakes, while I managed to find the sensations I wanted from Imola onward, bringing home the World Championship victory."

Besides consistency, what was the key to this success? In the end, Ducati didn't seem to have that margin anymore.

"We only tried to work, also because the engine of our bike has always been the same, as are the mechanics. Like I said, we had only one goal, namely, to improve the Kawasaki, especially in corners and, in the end, our bike proved to be competitive."

The new season will begin with the Aragon tests scheduled in ten days. What can we expect from this Kawasaki?

"The bike will be the same as always, obviously with some development. We'll have to try to make it even simpler. In fact, we managed to get important information for 2020 in the last two races, and that's the way to go. The fact is that, during the winter tests, the situation is different than during the race, since we'll have lower temperatures and more grip."

Bautista, but with Honda, will be among one of your rivals next season. Do you think they could be World Championship material?

"I'm not sure. We're all curious to see how competitive the CBR will be. It's always difficult to start from scratch, but we'll be able to understand what the situation will be at Phillip Island. They certainly have two riders with great experience, like Alvaro and Leon. Also, HRC will do everything to work in the best way possible. I'm very happy for Haslam, since he was a great teammate."

Scott Redding will also be among the contenders for the title.

"I'm sure he'll do well with Ducati. He has always been strong in the past in all of the categories in which he raced, and I consider him a top rider. I must say that what he did in the BSB was impressive, since he quickly adapted to a new bike, as well as to the circuits. This year, we've all seen what a rookie like Alvaro has been able to do, so he can do it too."

"I don' t think about the other riders because I only think of myself and my bike."

Additional checks revealed Lowes also suffered a small fracture to the top of his left humerus bone and he has commenced an intensive rehabilitation...
19 hours 37 min ago

British Superbike has not forgotten about Gino Rea, who is still sedated in Japan after a crash during free practice at the Suzuka 8 Hours and began...
21 hours 7 min ago

The Soft front will be a good solution for the less aggressive riders who need good feedback and high grip levels at maximum lean angle. The Hard...
1 week 4 hours ago