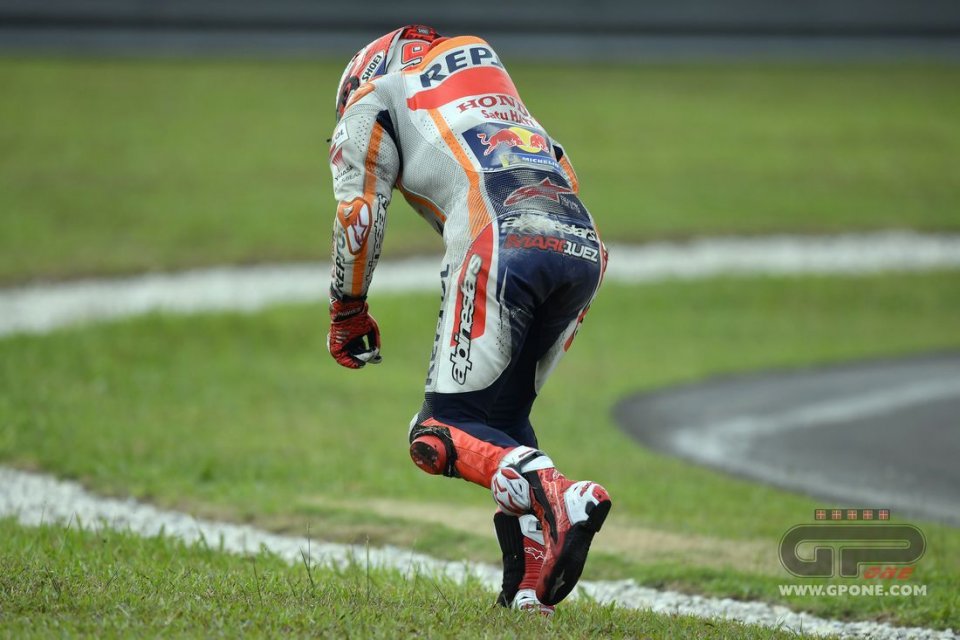 Sometimes Marquez resembles a feline, capable of "landing" without getting hurt, even after the worst of falls. Of course, Marc is very nimble, but technology also helps a lot in limiting the damage.

Alpinestars published the data recorded by the control unit of its Tech-Air after the world champion's high-side during the Q2 in Sepang. 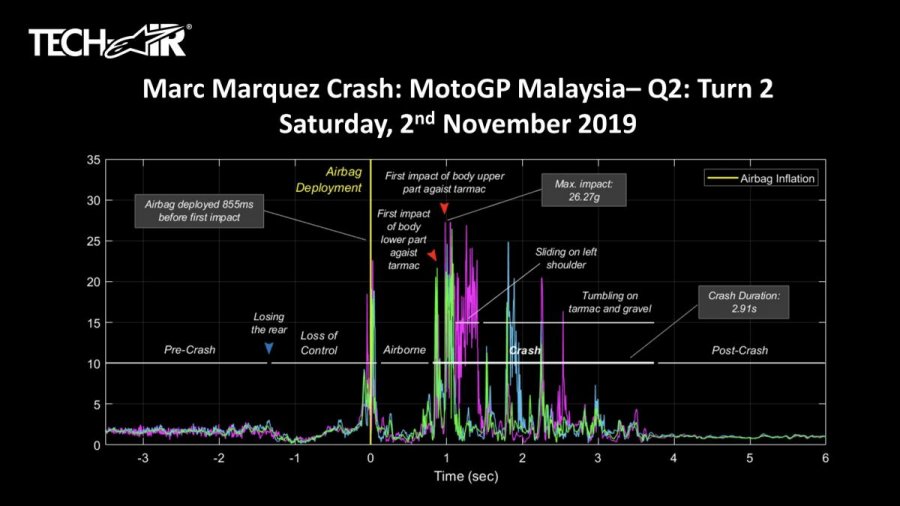 The airbag in the suit deployed at 855 milliseconds before hitting the ground, when Marquez was still in the air. He touched the asphalt with his feet and knees, then the strongest impact occurred with his upper body. The unit recorded a value of 26.27 g. Marc then scrapped his left shoulder and rolled on the asphalt and gravel. The accident lasted less than 3 seconds (2.91 seconds, to be precise).

The consequences? A few bumps and bruises, but nothing that prevented Marc from getting on the second step of the podium 24 hours later.

Ixon, the supplier of Aleix Espargarò's suit, has revealed data from his crash at Silverstone. The airbag deployed in 950 milliseconds
19 hours 37 min ago