Red Bull KTM Tech3’s Miguel Oliveira was forced to skip the Australian round last weekend after his high-speed crash on Saturday, which caused him a lot of pain in both wrists as well as it worsened his right shoulder injury, he’s already carrying around with him since Silverstone.

In the upcoming days, the Portuguese MotoGP rookie will decide if he can participate at the Malaysian Grand Prix this weekend.

Miguel Oliveira said: “After the MRI scans I did on Sunday in Australia, we discovered a few things on both wrists’ tendons, but nothing major. We saw that my shoulder injury got a bit worse. Right now, together with KTM we are trying to decide what to do with this, also for the future”. 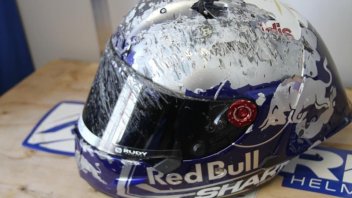 After the crash at 300 Km/h: Oliveira 'unfit' for Phillp Island 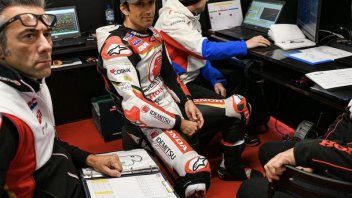 Zarco: "If Oliveira hadn't crashed we wouldn't have stopped"

It was decided by the Board of Directors via video conference call. Previously the FIM-Dorna contract provided for a minimum of 13 Grand Prix. In F.1...
1 day 6 hours ago

An embarrassing moment for Audi Formula E driver Daniel Abt who, during the virtual race in Berlin, had an eSports professional race in his place:...
2 days 50 min ago

Rainey: "With the way things are in California right now, there is no way we can race with spectators at Laguna Seca in July ". The series is set to...
4 days 9 hours ago

The round scheduled for the Circuito do Estoril from the 4th-5th July would go ahead as planned and become the season opener, to be followed by the...
1 week 13 hours ago