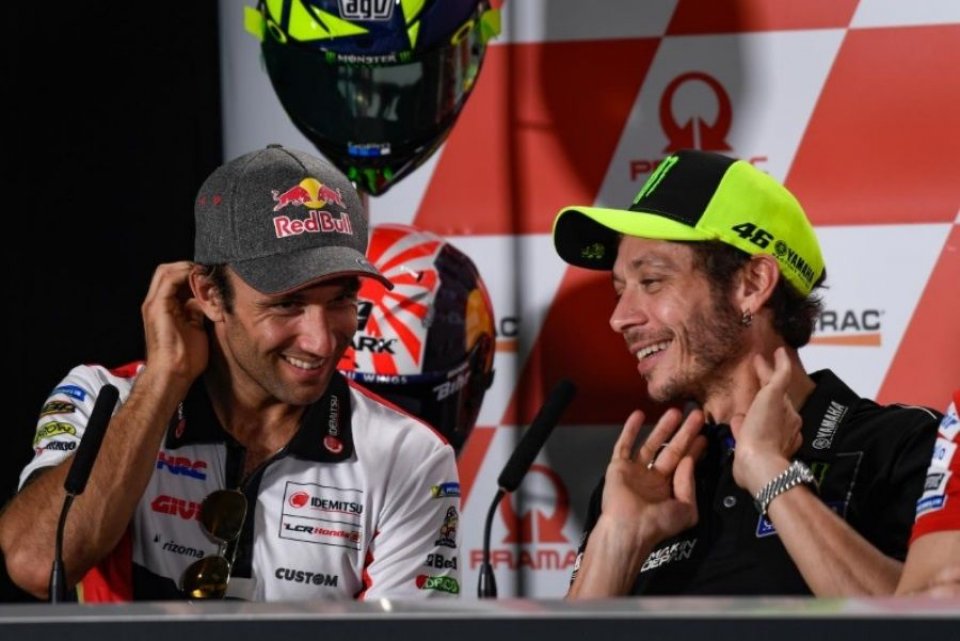 Look who's back! Johann Zarco begins his Honda adventure at Phillip Island, and will be in action for the rest of the season, having replaced injured Takaaki Nakagami.

There is significant interest in the Frenchman, who is tasked with adapting to the 2018 version of the Honda RC213-V as quickly as possible following his KTM experience.

“I'm very pleased to be here at Phillip Island – begins Zarco - MotoGP looked like being a closed chapter for me, but now I have this opportunity. The Honda is a new bike for me, I'll be riding it for the first time here and then at Sepang. I'll try to do my best”.

The last time we saw him on a bike was at Misano.

“It wasn't the best to be away for so long – he admits - it was strange and had never happened to me before. Luckily, I've never had injuries that have forced me to miss races. It all helped me to understand that I want to race and this is why I was quick to accept the opportunity to ride Cecchinello's Honda, even if it might be a risk”.

Zarco is focused on the present.

“My future is very short and intense, I don't want to delude myself. I've accepted this offer as it's the best way to ride, even if I have to go back to Moto2. I don't deny that I've spoken with some Moto2 teams with regard to 2020”.

It looks unlikely that we'll see Johann in the role of test rider though.

“Never say never. I want to be a top rider and so I need to race. Even if you race in Moto2, you can maintain a high level. Look at Quartararo, who came to MotoGP from Moto2 and has proved competitive. As I've said, Moto2 could be an opportunity”.

Zarco is not awestruck by the challenge that awaits him.

“I'm not scared about this adventure, because I either have to adapt to the bike and prove competitive or there's no place for me in MotoGP”.

“I'm excited about the experience and that goes beyond the technical. It was strange for me to watch the others racing on TV while I was at home. I can say that, physically speaking, I'm doing a lot better than I was in September. I'm also aware that the bike can be competitve. So I want to try and aim for the top ten”.

His final comments regard Binder's move to KTM.

“I'm pleased for Brad, he's a rider who's won in Moto3 and he'll be the first South African in MotoGP. I wish him all the best”.