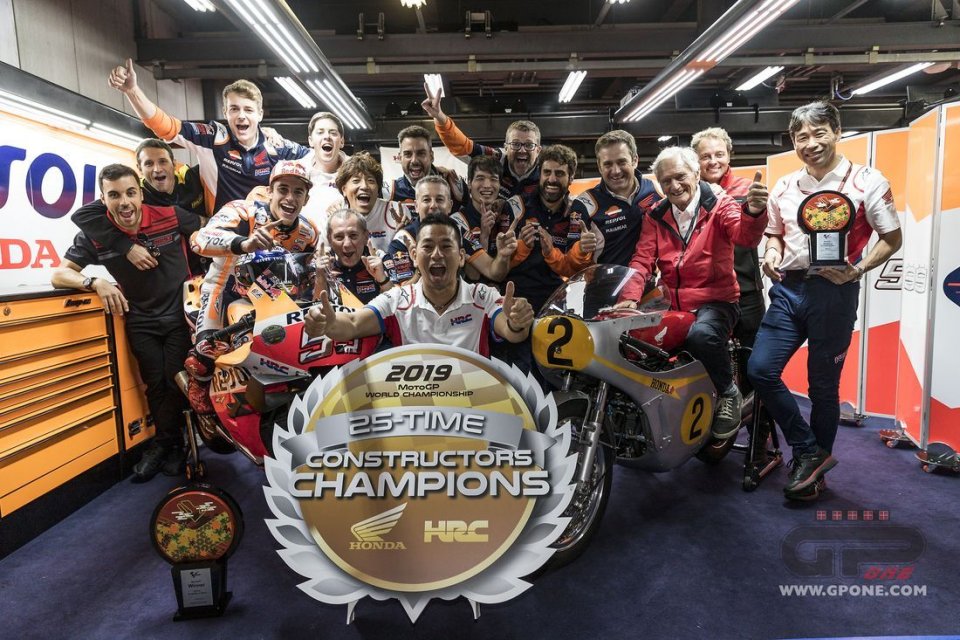 He had two demons on the special helmet he wore for the Motegi GP,  but the real MotoGP devil is just one, Marc Marquez. And he even has lots of little devils in the pit-box who can also will the truth out. Quartararo, with his angelic face, tried to stop him, but it was a wasted effort.

Ducati is also in hell. The color is right but the performance isn't. Except for Dovizioso's, who proved that he has broad shoulders to take on all the weight. There are lots of circles there, and Lorenzo and Rossi found their place. After having shared so many victories when they were together as a team, now they can't convince themselves that some happiness is born from a common evil. And you can't even blame them.

There are two Italians in seventh heaven: Lorenzo Dalla Porta and Luca Marini. The first could bring the title of the cadet class back to Italy after 15 years; the second will have to wait for the next season to lull world championship dreams, but he's getting ready like he should. 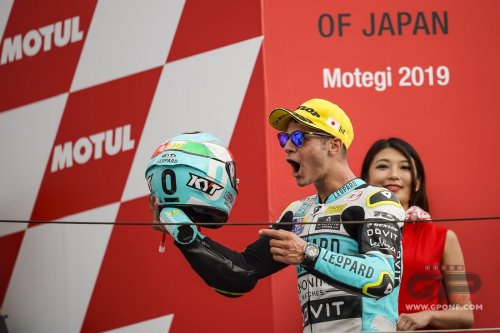 THE GOOD - Those who are not well pleased are not well served... a great deal. Lorenzo Dalla Porta knows this well. With the Motegi race, he showed he deserves the champion crown, which could end up on his head at Phillip Island. The cheapskate syndrome didn't work on the Tuscan rider, although Canet was watching the race from the pit-boxes with a dusty suit. He risked and won like champions do. He did well.

Luca Marini instead decided to repeat himself after his success in Thailand, and he also received lots of compliments. But he also got a slap on the wrist for the time (and especially the points) lost mid-season. You don't get anywhere with ifs, ands, or buts, but...

THE BAD - Tripping up the Honda on its home track had become a pleasant habit for Ducati. On Sunday, Dovizioso made an effort to handle the competion while the rest of the gang crumbled. At least Miller showed himself in the early laps, but Petrucci and Bagnaia didn't even do that. It looks like the Desmosedici will need a lift next year.

THE UGLY - To think the worst of someone is a sin, but Lorenzo is a tempting devil. The defense recalls injuries and difficulties in adapting to the Honda, but the prosecution only needs Marquez's 40 seconds to close the game. The slanderers say that he's just strolling on the track with the objective to get himself fired and get a severance package. It makes you suspect they're right. 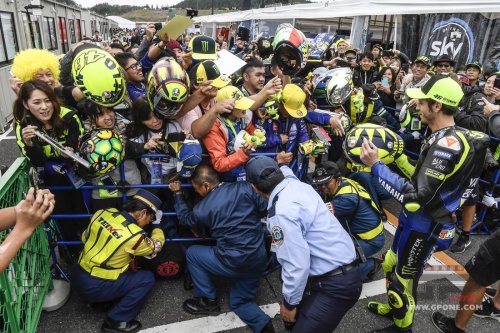 THE DISAPPOINTMENT - Not to kick him down (or the brake lever, whatever's your fancy), but Valentino is becoming the most illustrious desaparecido of this season. Now that Yamaha has taken a step forward, Rossi has taken two back. Working on himself is a symptom that the Doctor doesn't want to give up, but the others talk about a serious illness. If we weren't speaking of a champion, we would give him up for lost. He can't make anymore mistakes in Australia.

THE CONFIRMATION - Marquez also wins on empty... an empty tank. As if his right wrist weren't enough, even the gray matter of the team headed by Santi Hernandez travels at supersonic speed. They break in the tires when wet - to be safe, they perfectly calculate the Honda's consumption, and all Marc has to do is hit the gas. It's not only the rider who's studying, but the team is as well. Bad news for everyone else.

THE MISTAKE - To err is human, but it can still cost you a lot. For Aron Canet, probably the chance to play it out for the title in Moto3. You live and learn, but he definitely would have done without it.

THE SURPRISE - Between a collarbone on one side and a wrist on the other, Niccolò Antonelli didn't even have one whole good arm. But it was still enough to get a pole position in wet conditions, starting from the Q1. He obviously suffered in that race, but he had already reached his victory.

THE PASS - Let up on the brakes, enter and, if you fail, try again. The simple 3 rules that Celestino Vietti followed on the last corner to get on the podium. It worked.

THE INTERESTING FACT - Marc Marquez hadn't won 4 races in a row since 2014, his (almost) perfect year. Just to remind us who's in charge in the MotoGP.

THE I TOLD YOU SO - "I'm aiming for the podium... if I don't turn the bike off on the grid," Jack Miller said jokingly on Saturday. Neither of the two happened on Sunday.