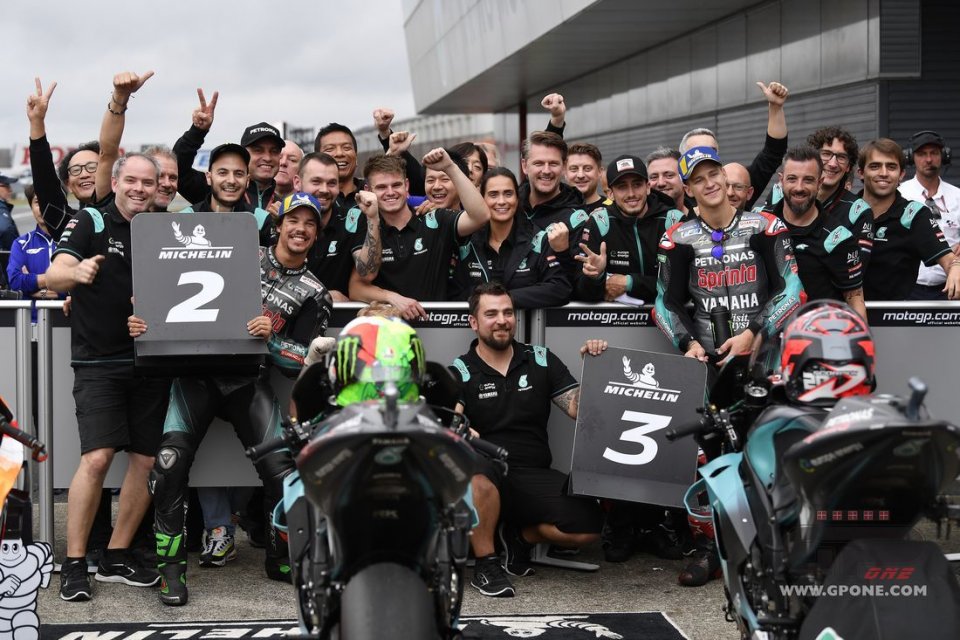 Qualifying at Motegi took place in very difficult conditions, with the track still damp in some places after it rained until morning. Certain situations are even more complicated when you're a rookie, but no one has to warn Quartararo. The French rider still made the difference, putting his Yamaha in the last place available in the front row and completing the party for the Petronas team along with Franco Morbidelli's 2nd place.

"I couldn't be happier with this result ," said Fabio. "Usually, I'm not very comfortable in these conditions, like what already had happened in Brno. The corner after the second bridge was really wet, and it wasn't easy to jump in. I admit, I didn't have a perfect lap, but I still got a good time anyway."

Even something more, considering that Quartararo got less than two tenths from Marquez. Tomorrow he'll be starting off near him and, from what we saw yesterday on the dry tarmac, this might worry him, like it did in Buriram two weeks ago.

"I don't think I have a better pace than I did in Thailand or Misano ," he played it safe. "I'm still fast, but the hard part will be choosing the tires."

Marc confessed that he couldn't play all his cards at Motegi because he would have to limit the torque of his engine. But Yamaha also has similar problems.

"Consumption ," said Fabio. "So we'll also have to limit the power a bit. Besides that, I hope I can still battle it out with Marc, and I'm ready to do it."

Marquez doesn't stop and pushes in the gym: "Ready to get back?"