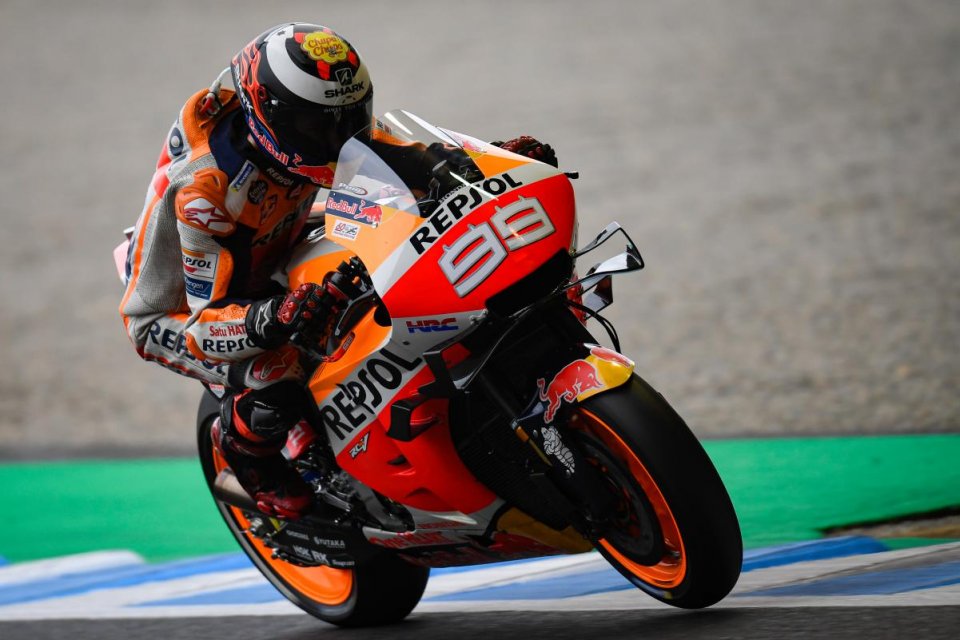 Motegi is Honda's home race, and for Jorge Lorenzo it's his first Japanese outing on said bike. The Spaniard is not having the best time of it lately, but despite finishing in 17th place today, there are positives to exploit over the course of the weekend. Starting with some frame modifications, which appear to be helping #99.

“I've tried to do something different to the other Honda riders – he explains - having gained in certain areas and lost in others when I use their configuration. Today I've improved slightly, the position is not great, as I wasn't able to exploit the fresh tyre, while I'm about a second off in terms of pace, so it's probably my best day since coming back after Assen. I hope I've found a way to improve, it would be a miracle (he laughs)”.

Improving the bike is still the Spaniard's target, the rider identifying one particular area.

“The main goal now is to limit the vibrations in braking, as they don't help me ride. We have some ideas. overall we're still a long way off but we're trying to improve across all areas, to find something that brings us really close to the fastest guys. We can't change anything completely, so we can only try and try again with what we have to find the best combination”.

Aside from the technical aspects, there was a moment when Jorge appeared to get angry in the garage during practice. "It's part of my character and normal when you're stressed. Me and my telemetrist hadn't properly understood each other but it was quickly resolved and isn't an issue. Physically? I'm a bit better, but we'll have to see over the coming days”.

In conclusion, Jorge considers tomorrow and the weather variable. “i'd like more dry sessions, but we'll probably be lucky to even ride tomorrow (he laughs)”.