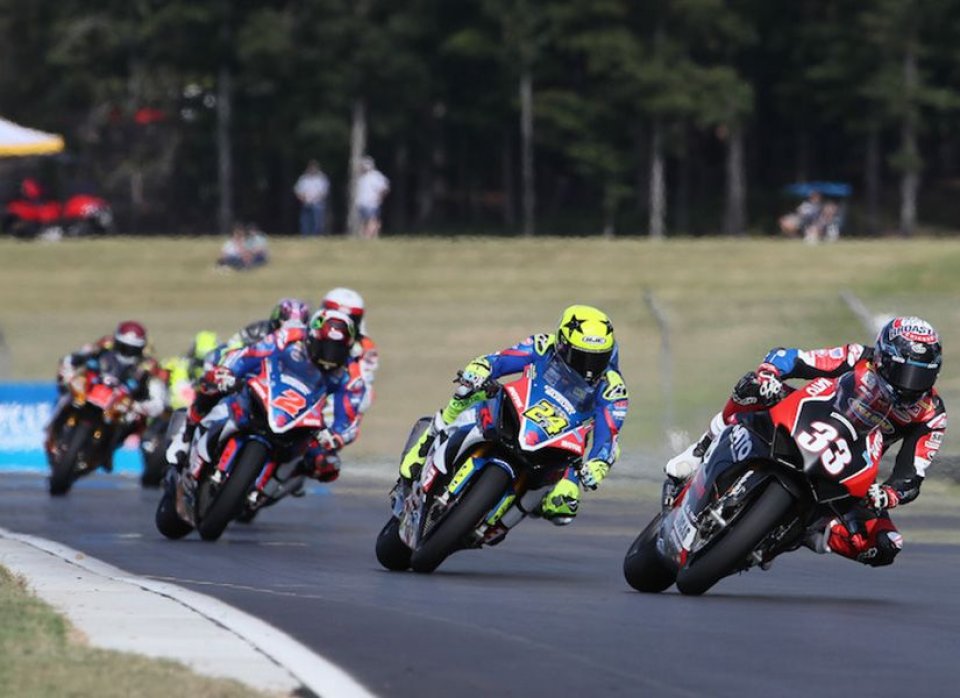 The extremely popular "Inside MotoAmerica" will conclude its debut season on NBC Sports Network with Friday night's airing of the season highlight show. The season finale, which will air for the first time on October 18 at 12 p.m. (Eastern) with a re-air on October 30 at 1 p.m. (Eastern), features a roundtable discussion with all five of the 2019 MotoAmerica Champions and MotoAmerica President Wayne Rainey.

The following are the remaining 2019 "Inside MotoAmerica" airings. As always, check your local listings.

HIGHLIGHT Watch as Petrucci hit on Petersen at the Corkscrew!