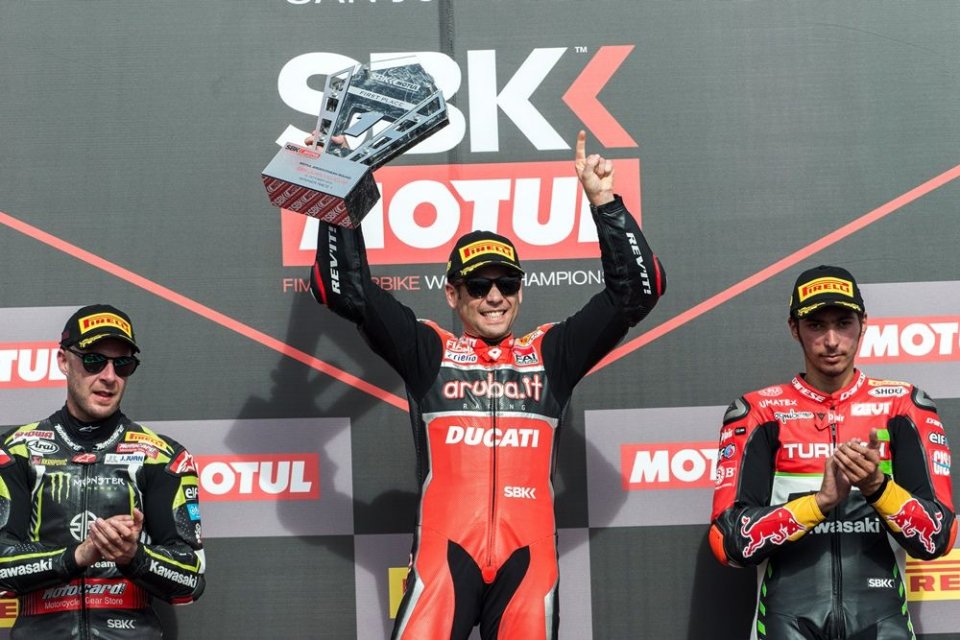 On a Saturday full of controversy, and destined to be discussed again, Alvaro Bautista can rejoice with his 16th victory of the season in San Juan, on a track that was unknown to him until Friday, while his teammate decided not to race for safety purposes. The Spanish rider dominated, but he first had to get the better of Jonathan Rea in the melee.

"The conditions were the worst for battling it out," he explained, "since you couldn't leave the ideal line. Rea was good at overtaking me twice, taking advantage of two of my slight imperfections. I didn't want to push. I let the bike go a lot, and I had fun."

So, Alvaro didn't particularly blame the tarmac, considering it not easy but manageable.

"Fortunately, the track improved a lot in the morning, compared to yesterday, and the times dropped by almost 4 seconds. The increase in temperature complicated the situation in the Superpole: the grip decreased, and it was difficult to do a fast lap. The track remained insidious during the race, and I had to pay a lot of attention compared to the other races, but it also happens in other tracks where, from morning to afternoon, the grip changes considerably."

From #19's words, it seems as if Ducati had left ample choice to its riders with regard to choosing to race or not, with Davies who decided not to, as opposed to Alvaro who then did and won. "On Friday we discussed it, deciding that the track should be cleaned. We were slower in the race, but that's normal. It's a bit like in the rain: if it rains, you can't say there's no grip. Those are the conditions, you have to adapt." 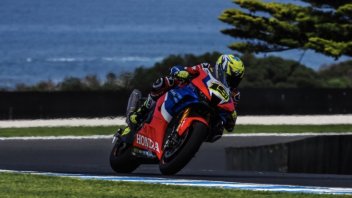 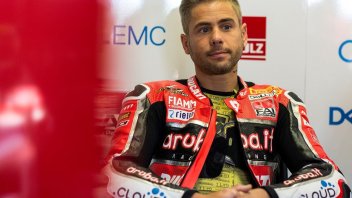 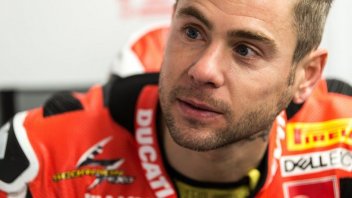