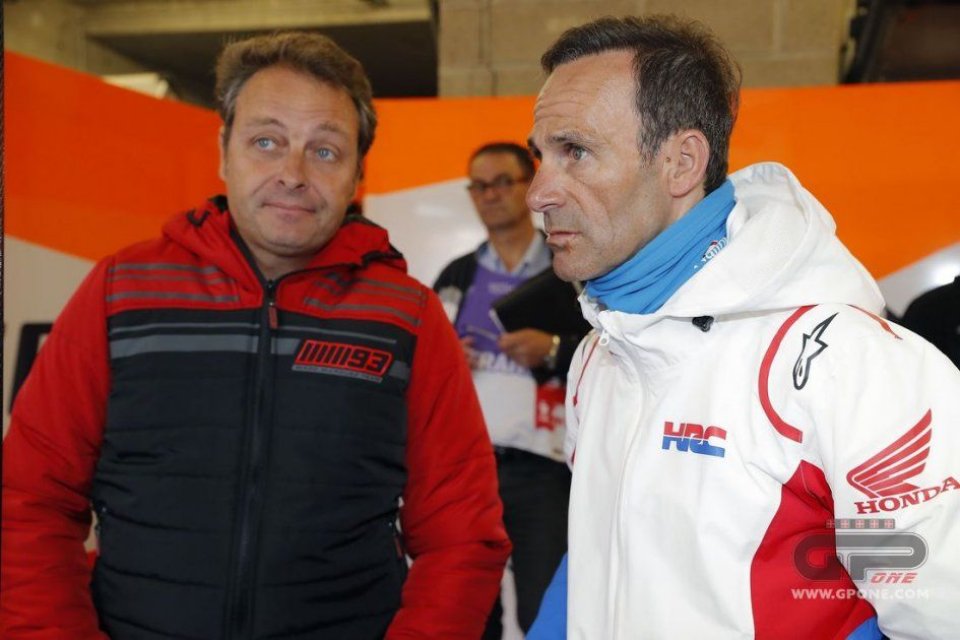 If Marc Marquez is flying with this Honda, at least some of the credit should go to Emilio Alzamora. He is in fact responsible for discovering the phenomenon that is Marc, and who today secured his eighth world title at Buriram. The Spaniard manager is more than happy with his star's latest achievement.

“Marc had good pace right from practice – he begins – he was aware of Quartararo's potential, and that of the Yamaha, but in the end he won as only a champion can. We know Marc, he took a risk, but he gave it his all to bring home the win, though I admit I was a little nervous”.

And to think that #93 could afford to settle today, the rider instead duelling at the very last corner.

“He was thinking about the championship and the race. When you're in a situation like that and you have that winner's attitude, you aim to do the very best. In the Marc, shouldn't change his qualities, but continue to follow his instincts, as he wouldn't be who he is otherwise”.

As at Misano, Magic Marc came across Fabio Quartararo. A new rival who will know doubt put him to the test come 2020.

“Marc sees Fabio as he once did Vinales, or when Rins came to Suzuki.  In the end, the level of this championship is very high, considering that at the start of the season we saw a Ducati that was strong with Dovizioso. Now there's  Quartararo and the Yamaha, with Fabio able to count on a really strong team”.

Marc has celebrated in Thailand, despite the fear that followed his crash in practice on Friday.

“We're very pleased today, but on Friday it looked like we'd lost it all. In the end, fate plays a part and it has to be on your side”.

The young rider was transferred to a ward at the Meyer hospital in Florence. She fractured her pelvis at Mugello during the first CIV test but will...
13 hours 56 min ago

Upon authorization, highly skilled sportsmen and workers will be allowed to cross borders
1 day 9 hours ago