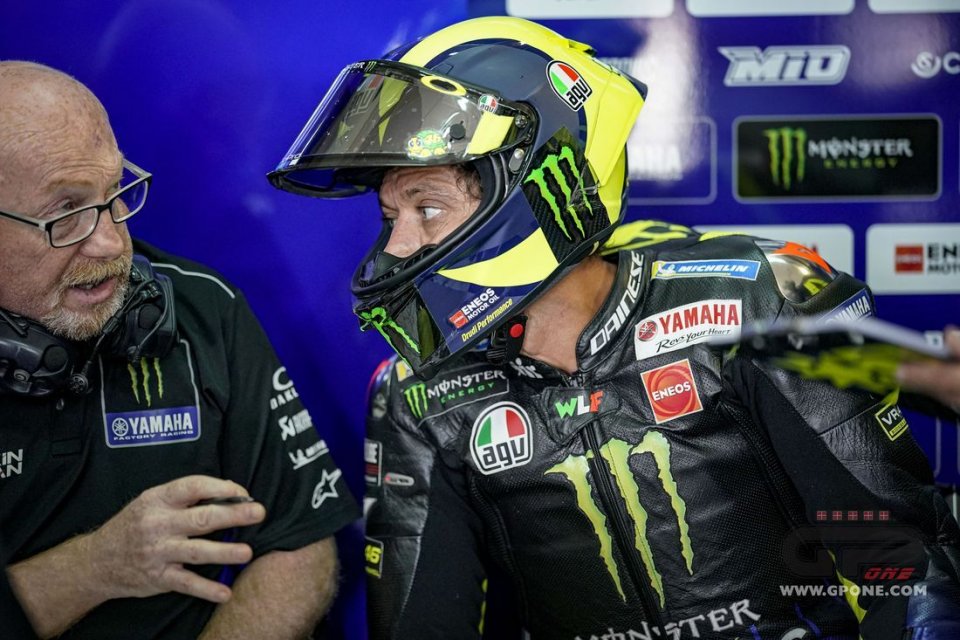 “It's true, I'm changing crew chief for next season”, Valentino Rossi confirmed during the press conference that opens the Thai race weekend, rumours having been circulating in the paddock. Silvano Galbusera will no longer head up the Doctor's side of the garage, but  he will continue to work in Yamaha as the technical director of the test team (Johann Zarco a possible rider).

Valentino has chosen David Munoz as his new crew chief, a technician who currently works with Nicolò Bulega on team Sky VR46.

“After the Misano race, I met with Silvano to talk, because I wanted to find something to make me stronger - reveals Rossi - At first I didn't expects are paths to divide, but in the end I've decided to change”.

The decision wasn't made solely by the Doctor however.

“It came down to a series of factors - he explains- On the one hand, Silvano wanted to continue working with Yamaha but with less stress and less days away from home, on the other hand, Yamaha needs to strengthen its Test Team. In the end, we're all happy and I'm excited about this new experience”.

Valentino explains why he has chosen Munoz.

“David has no experience in MotoGP but he's young and has good ideas. When I started to think about how I could improve my performance, his name was the first to pop into my head. I know him well, he did a good job with Bagnaia last year and I liked the way he managed the pressure Pecco was under later in the season. I like his calmness, when I asked him if he wanted to work with me, he said yes. The flip side is that we lose a very important person for my team. We'll see if I can be stronger”.

With this move, it appears that Rossi is already looking further ahead. Beyond 2020, at the end of which his contract expires.

“I really don't know - he replies - Any renewal will depend heavily on my results”.

He tells of the horrendous crash in which he nearly lost his life and recounts tales of gangsters, glamour models and glory in one of the most...
7 hours 8 min ago

VIDEO - The two brothers will wear special graphics to show their solidarity at this time. Helmets, gloves and boots will then be auctioned off for...
1 day 4 hours ago

The Dutchman: "In the afternoon I had some problems with front end confidence"; Razgatlioglu: "Too many things to try confused me; my head is...
1 day 15 hours ago

The Circuit of the Americas has made it official: no US race for this year
1 day 18 hours ago

The young rider was transferred to a ward at the Meyer hospital in Florence. She fractured her pelvis at Mugello during the first CIV test but will...
3 days 3 hours ago

Upon authorization, highly skilled sportsmen and workers will be allowed to cross borders
3 days 23 hours ago