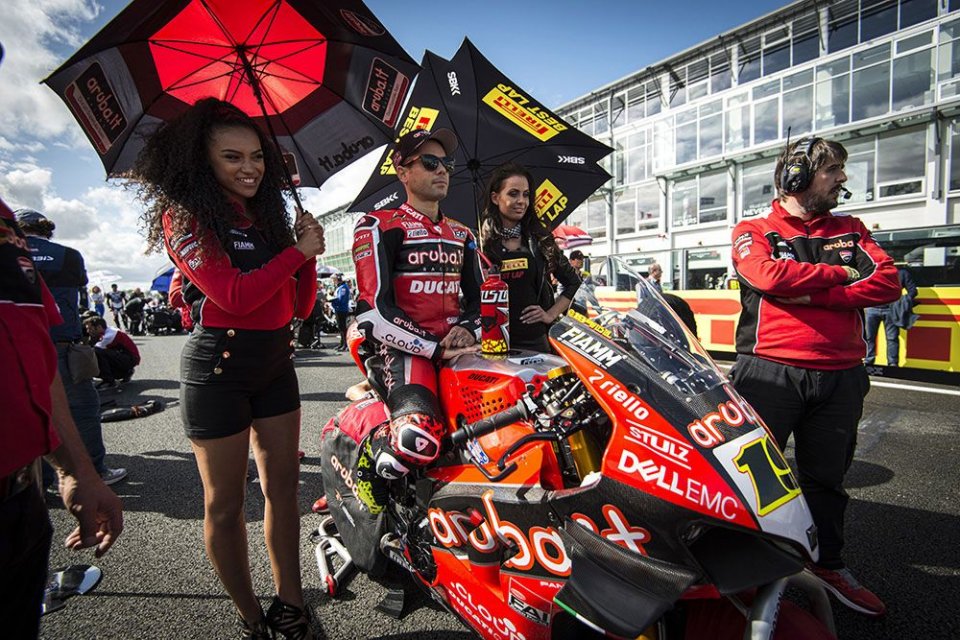 It would be unfair to describe Bautista's season as going from 'hero to zero' but the Spaniard was flying high with his Ducati early on before crashing to the ground (and unfortunately not just metaphorically). After the first races, it seemed that Alvaro had dethroned Rea, but recent history tells us that that wasn't in fact the case. There has been no shortage of plot twists and the Spaniard himself admits, when talking about this season, that“I don't remember anything similar in my career, it's been very strange”.

There are still two rounds to go and then a new adventure with Honda begins, but it's time to draw some conclusions...

Alvaro, how would you describe your first year in SBK?

“For me the incredible thing was the start of the season, winning 11 races in a row was something I couldn't have imagined. But I couldn't have imagined what came after either. I found myself in a strange situation and I lost many points, sometimes my fault, and sometimes due to other riders. That's racing and this is what's so great about it - anything can happen and we love this sport for this reason. It's not maths and 2 + 2 does not always make 4, unfortunately it was me who lost out this time”.

Do you have any regrets?

“I'm pleased with the season because I had a lot to learn, from the tyres to the bike, from the team to the race format. I can say it's been a successful year, even without winning the championship. In the end, I'm pleased with myself, I've tried to give my all in every situation”.

Rea is champion again in the end.

“Congratulations to him, he's run a great season, always tried to achieve the max in every situation. He knows the bike and team very well and is very fast, he deserved to win the title”.

Do you think he'd do well in MotoGP?

“Jonathan is definitely fast and has ridden a MotoGP in the pass, we all know what he did (he stood in for Stoner on the Honda for two races in 2012, finishing 8th at Misano and 7th at Aragon). Being SBK world champion means being a high-level rider”.

What are the difference between the championships?

“In MotoGP there are less differences between the level of the various riders and bikes on the grid, here there are more”.

What will you take away from today at Magny-Cours?

“I definitely haven't lost the championship today, but I'm a little disappointed as I wanted to fight for the race win. The sensations on the bike were good, as we'd made a stop forward this morning. I was in the leading group and could have battled but that's racing. The only thing I was missing was the chance to fight”.

Did Razgatlioglu overdo it?

“In my opinion, he was crazy. He'd already made a mistake on lap one, at the end of the straight, I think he was too on edge after winning two races in a row. He wanted to do it again and tried to win on lap two”.

There was no avoiding him.

"When he passed me he was a little on the limit and he tried to open the throttle too soon, losing the rear. I was too close sadly and couldn't avoid him. He didn't want to crash or cause me to crash of course but he wasn't thinking about the race. As I said, he'd made a mistake on lap one and then wanted to catch up as quick as possible. Perhaps he was too motivated”.