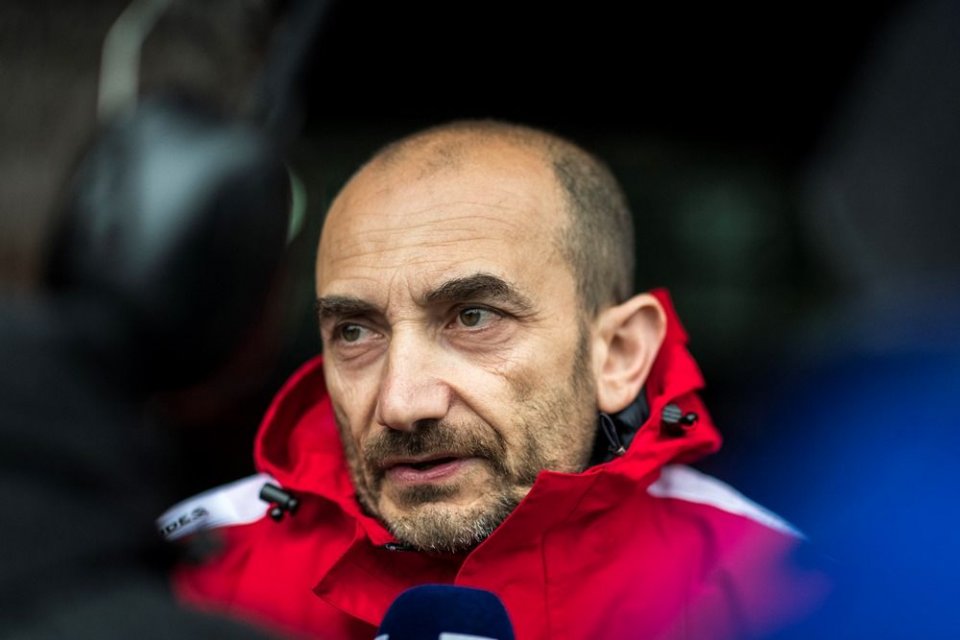 Alvaro Bautista's transfer to Honda has certainly fomented the Superbike market. During the Red Bull Ring weekend, Paolo Ciabatti revealed that his farewell to Ducati was because of money.

On the other hand, the Spanish rider, who we were able to interview exclusively yesterday, stated that, if the Borgo Panigale team had really wanted to keep him, it would have done so. Apparently, Claudio Domenicali wasn't happy with what the Aruba rider said.

In fact, Ducati's CEO published a tweet where he pointed an accusing finger at the statements made by the rider: "This photo was the beginning of a fantastic series of victories," he wrote. "Now, Bau Bau Bau says he left Ducati for Honda after we decided to take on Scott (ed. Redding), and it wasn't about money. We offered him six-figures in two years, and he refused. He wanted more, nothing else. Life is made up of choices."

Domenicali didn't want to beat around the bush and tried to get straight to the point with his opinion on the matter. 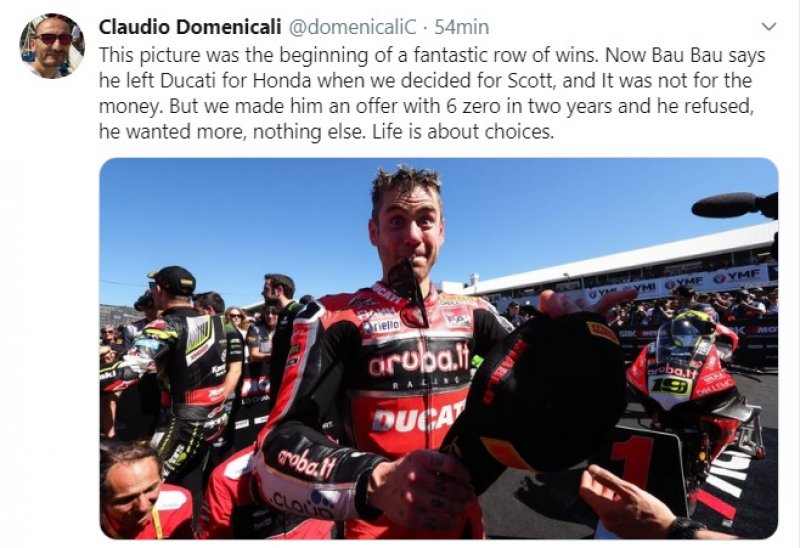