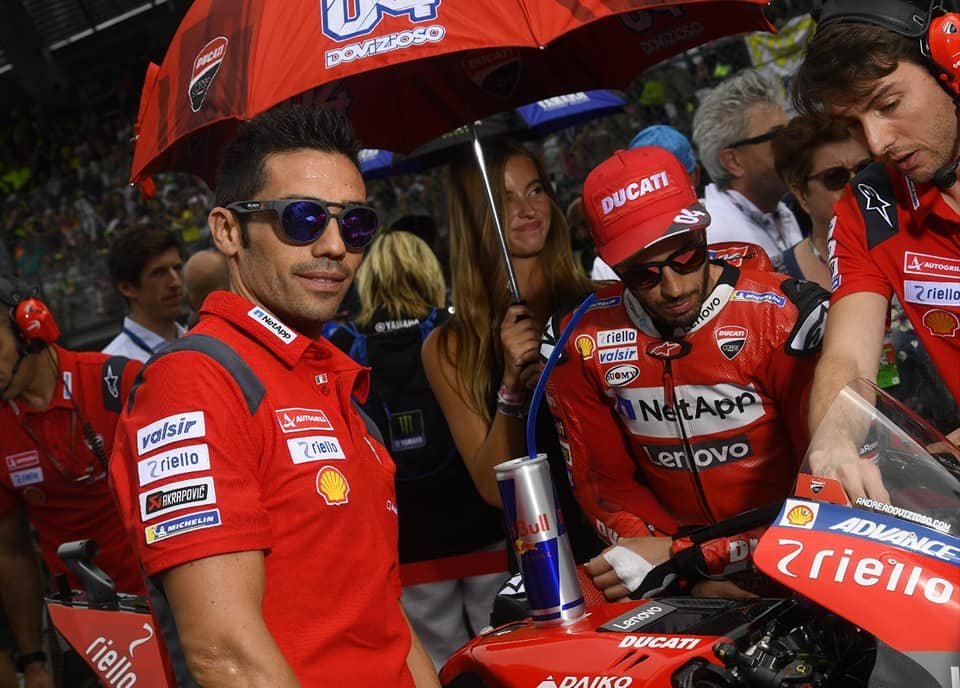 Michele Pirro and the CIV have a bond that seems to be indissoluble, in every respect, so much so as to have won his umpteenth race with the Italian colors of the Barni team last weekend. The Italian Championship is one of those events you absolutely cannot miss since, during the season, Michele is called to ride thousands of kilometers on Borgo Panigale's bikes for their development.

The CIV, as well as some World Championship wildcards, therefore, represent the only possibility they have to compare themselves to other riders.

"I'm obviously happy winning this title, since it represents one of my seasonal goals," the rider from Puglia stated. "We know that the CIV is the Championship for the derivatives. My success confirms Ducati's performances and, at the same time, the evolutionary process of our bike. Just to give you an example, at Mugello, with the V4, I managed to rider around 1'49", a time that, until a few years ago, was a reference for the MotoGP."

From the outside, it seems easy. Is that how it is?

"I don't think so, since all the tracks this year were a mystery for our bike, so we had to find the right compromise on each track. Among other things, I had to deal with a strong rider like Savadori, who will return to the World Championship next year to confront the big names."

Some ask themselves if you get tired of winning all the time?

"Well, we should then tell Marquez to give up racing and stay home, given all the victories he's achieved over time," he said jokingly. "People may criticize me because they think I'm going to steal candy from a baby in the CIV but, in the end, this is my job. Unfortunately, since I can't ride in many races during the year, the only way to stay in training is to participate in the Italian Championship and some World Championship races as a wildcard. As you well know, I'm a Ducati test rider. Also, honoring the Italian colors of the Fiamme Oro (tn. sports section of the Italian police force) in the CIV is something that makes me proud. Among other things, my presence in the Championship allows me to keep a high level during the season, offering younger riders an extra incentive to compete in the race weekend."

Michele, you're considered one of the best test riders in the paddock, if not the best. Off the bat: is it Ducati that has taken a step back in development or has Honda taken two ahead?

"Compared to the past, compared to Marquez's Honda, since it's the only one that makes the difference, we may have less of an advantage in terms of engine. To say that we are behind Honda, especially given the results of the other riders, I don't think is right. Unfortunately, at the current level we're at, it's not easy to find that hundredth of a second and be even faster and be able to make a difference. As a rider, I don't think that Honda has improved compared to Ducati. Maybe they've managed to increase horse power a bit."

You were busy testing with Davies in Valencia yesterday. What's on the docket?

"We're obviously focused on 2020, but we're also considering this season's final. We focused on a few new features of the bike, trying to improve riding corners that, as always, represents the most important aspect, where we suffer more, like the electronics. But I can't say anything else."

Let's talk about the Superbike. Some thought they'd see you in Bautista's place in 2020 with Aruba.

"I was also hoping for it because, with Melandri's retirement, I would have liked to have been able to keep both the Ducati and the Italian banner high in the World Championship. Obviously, I understand that I have other commitments and, consequently, I have to concentrate my efforts in developing the bike alongside Gigi and the whole team. In the end, the good of the company comes first before everything else, and also before personal ambitions."

"Honestly, I was surprised. I didn't think it would lead to the end of his contract. I don't know why Alvaro chose Honda. You can see that, in the end, that true love, if we can call it that, between Alvaro and Ducati, never blossomed."

What can Redding with the V4 in the World Championship aim for?

"I hope he's as competitive with the new bike as Alvaro was. We know that he's coming from a Championship like the BSB, but the V4 for him will not be a leap of faith. I'm convinced that Scott will have the situation under control in 2020. Certainly, the level of his opponents will be higher, since he'll have to deal with rivals of the caliber of Bautista and Rea, just to name a few, and maybe this will be the most difficult part. In BSB Haslam was always a reference, but when he returned to SBK, he struggled."