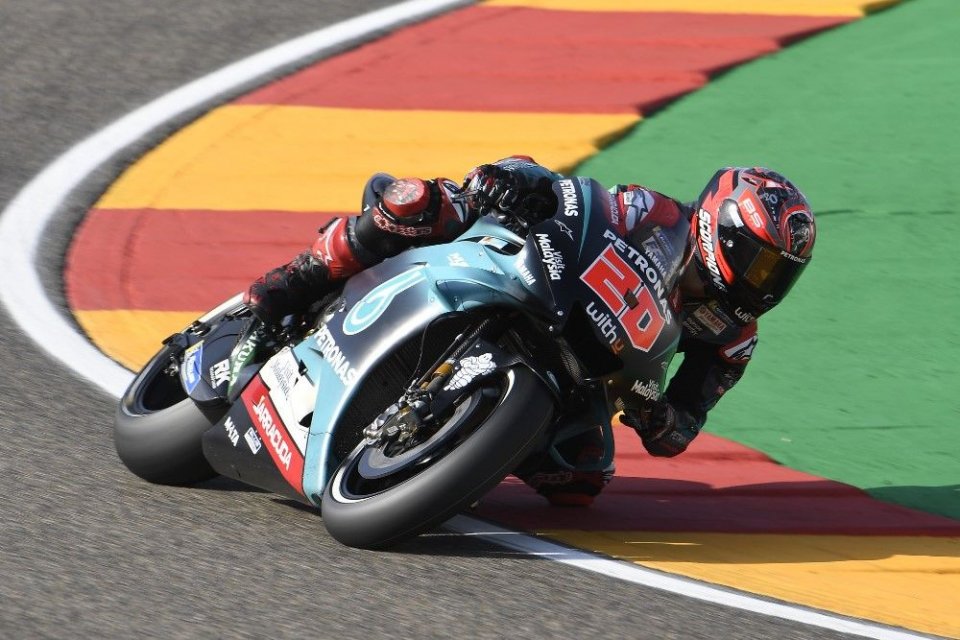 After what we saw at Misano last week, many were expecting to find Fabio Quartararo on the podium again in Aragon. Instead, the French rider failed to keep the pace to reach podium, so he had console himself with a fifth place. It was still a positive performance, since we mustn't forget that Fabio is only in his first year in the MotoGP.

"Unfortunately, I didn't have the right grip on the left side of the tire," declared the SIC Petronas rider. "All the riders before me used a soft tire on the rear, while I was on the track with a medium. I think this made the difference. All in all, we did a good job, reaching our goal, that is, being in the top five."

But a bit of regret transpires from his face, even if his mind is already projected towards Thailand.

"That will be a very demanding race for us Yamaha riders, but we're continuing to work to develop and improve the M1, along with my group."

Along with the rookie of the year title, Fabio also has another goal to pursue.

"We're also fighting for the independent team title. I think it's a good fight with Miller. The fact that he's one of the paddock's dearest riders makes this challenge even more compelling, so I think it'll be more fun trying to beat him. I hope to get important points at the end of this season.”