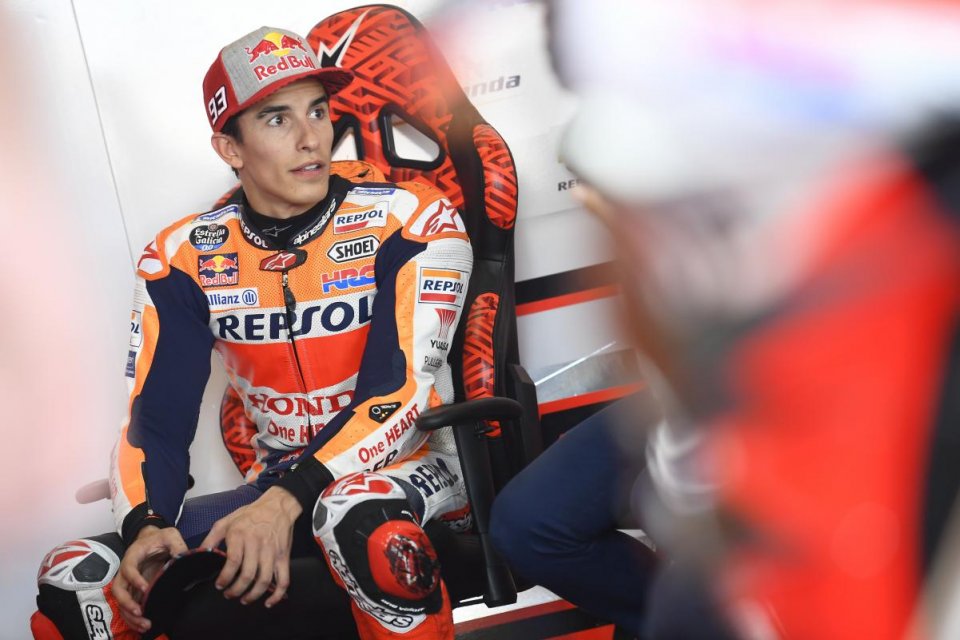 He wasn't uncontrollable like yesterday, but he still got the pole. Marc Marquez will start first on the grid for the ninth time, despite having avoided (advised by his team) a tried and true crazy lap.

"It was important to be in the front row, even though they told me in the garage not to go crazy before starting the qualifying session. I felt good with the first tire, while I made two or three mistakes with the second, but it still went well."

Analyzing his best lap, Marc knows where he lost, and he doesn't put aside the idea of racing other laps to the limit from now until the end of the season, despite his +93 points in the championship.

"The first sector is where I lost the most, especially on Turns 2 and 3 , and also on the 12th, where you can go really fast but also fall and hurt yourself. If I feel like riding crazy, I'll do it again in the future. I did it yesterday, for example. Yesterday, the wind was completely different and helped, but today I struggled a bit more."

Marc hasn't squeezed out every single drop of his talent, which brought Quartararo remarkably closer (at least on a single lap). "I actually didn't know how fast he was going during his lap, but I was aware that my fourth sector was perfect, having to recuperate my errors from the first sector."

However the positive side of the matter is that Marc should keep an eye on the French rider and not Andrea Dovizioso, namely, the second in the championship.

"I'm not particularly man marking Dovizioso. I'm now aware that winning the title depends on me, so I'm working on myself to win podiums and victories. But if I don't win tomorrow, it's no big deal. I think this is the best way, but I know he's kind of suffering now."

Finally, all that remains is to think about the race, where n.93 is obviously favored to win.

"The outcome of the race will depend on many things, temperature, for example. I tried a long exit today with the medium tire in front, and it wasn't bad. I'm still going to have to stay focused. I was supposed to win in Austin too, but then I fell. If I have to be realistic, I'll have to try to impose my pace tomorrow and break away slowly, but the Yamaha with the new tire is fast, so I have to figure out how things will evolve." 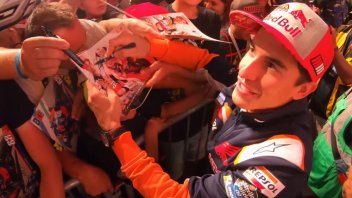 Among the other teams, Webike SRC Kawasaki France Trickstar (EWC champions) and Moto Ain (Superstock champions) will use the French tyres
10 hours 49 min ago

He tells of the horrendous crash in which he nearly lost his life and recounts tales of gangsters, glamour models and glory in one of the most...
19 hours 41 min ago

VIDEO - The two brothers will wear special graphics to show their solidarity at this time. Helmets, gloves and boots will then be auctioned off for...
1 day 16 hours ago

The Dutchman: "In the afternoon I had some problems with front end confidence"; Razgatlioglu: "Too many things to try confused me; my head is...
2 days 4 hours ago

The Circuit of the Americas has made it official: no US race for this year
2 days 6 hours ago

The young rider was transferred to a ward at the Meyer hospital in Florence. She fractured her pelvis at Mugello during the first CIV test but will...
3 days 16 hours ago