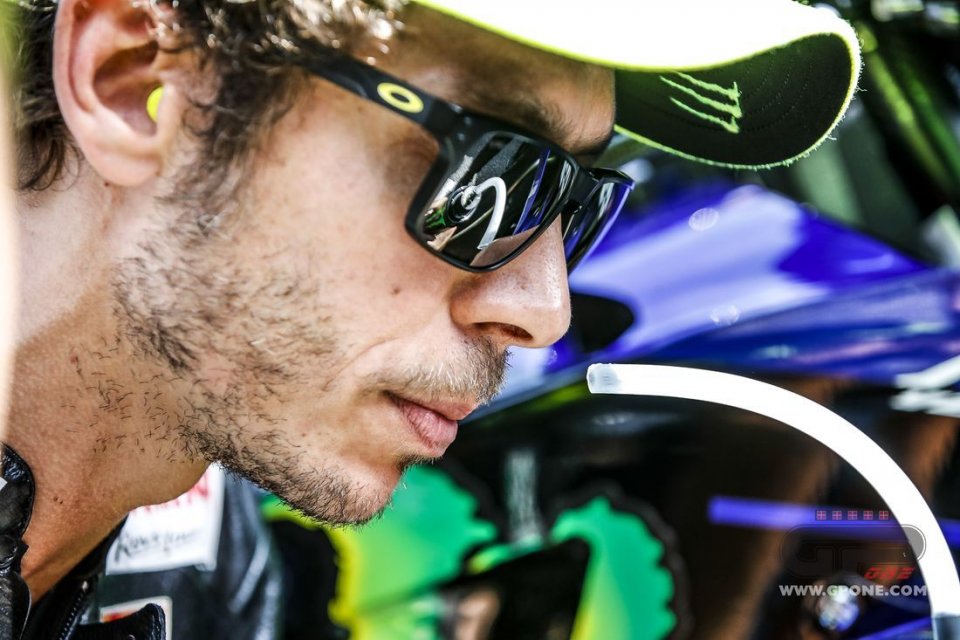 By now, Valentino is looking towards the future, to that 2020 that could be his last year in MotoGP or yet another springboard to dive off. The waters through which he sailed in recent months, however, have not been clear, and he needs a Yamaha capable of riding even the largest waves. They listened to him at Iwata, and the prototype of the new M1 made its debut in Brno in August, then new innovations at Misano were added, along with several parts to be used in these last races.

While Vinales didn't seem so interested in the future, Rossi didn't refuse to also be a test rider.

"It's important to start early and think about 2020. In fact, I pushed a lot with Yamaha so that they would ," the Doctor confirmed. "It's even more important when, like us, there's a big point difference in the championship, but even those in the lead do it. I'm glad that the new bike had already arrived at the Brno tests. We have to follow this path, look towards the future, in order to have more chances of developing."

The M1 is the object of the Doctor's concerns but, in the MotoGP, the vehicle and the rider often go hand in hand. So it makes you wonder what forty-year-old Valentino's margins for development are.

"When I was younger, I certainly would improve from one year to the next, but I still do even now," he explained. "You definitely have to stay focused and work a lot. It's more complicated, but it can be done."

Also because many rivals are at that age where taking forward leaps is easier. This holds true for the surprising rookie, Quartararo, but also for Marquez.

"It seems like he and Honda are stronger this year than ever, maybe like in 2014, when he won 10 races in a row, " he recalled. "But I don't know if Marquez has reached his peak. He's still young and can still improve. It'll also depend on the technical situation of the championship, how much the other bikes will be able to progress."

This is also why Valentino is working hard for the future. The Doctor already used the new (visible) parts - carbon swingarm, exhaust, and front wheel cover - at Misano and will continue to do so also at Aragon.

"Like I said, we're looking ahead, and using the new material is good for me and for Yamaha," he stated. "With more kilometers, we'll understand more things. Right now, the potential of those parts is similar to the old ones, but they offer more room for growth. That's also why I'm very curious to understand how the M1 will behave in Aragon. In recent years, this has been one of the most difficult Grand Prix for us, but we're coming from races where we've improved, and this circuit will be an important test."

One last thing about Fabio Quartarato and his race at Misano.

"It was his best in the MotoGP," Rossi said. "His strategy? Judging from the outside is always difficult. You have to be that person, listen to your feelings, and then decide. Having said that, it seems to me that Fabio did nothing wrong. Marquez was simply a bit faster than he was." 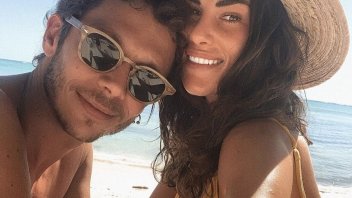 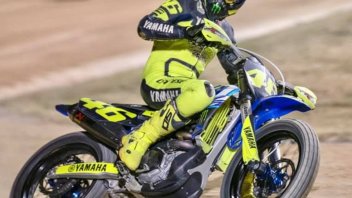 Xavi is currently racing in the FIM CEV Repsol with the Leopard Junior team and right now leads the classification after two victories and two second...
7 hours 2 min ago

"I don't have good sensations; I can't find grip on the rear". Crutchlow: "my ankle is fine but my arm has the same problems as before the operation"
20 hours 59 min ago

Unable to follow Rossi on his Petronas adventure, Briggs was let go by Yamaha for the end of the year. A chance the official factories can’t miss out...
1 day 2 hours ago

The 2018 European SuperStock 1000 champion will join Peter Hickman in the team headed by Darren Jones, taking the place of the convalescent Alex...
1 day 3 hours ago

The 6-times World Champion will test in Barcelona immediately after the Grand Prix at the wheel of his Aprilia RSV-4 X. Simple fun or is there...
1 day 7 hours ago