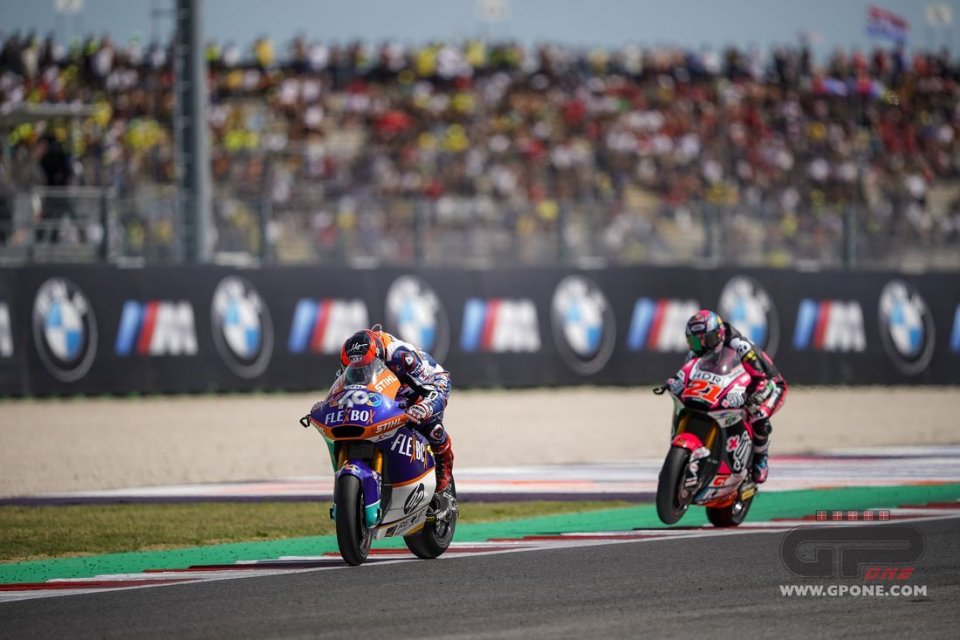 The FIM Appeal Stewards rejected the appeal presented by the Speed Up team against the Stewards Panel's decision not to penalize Augusto Fernandez, despite the fact that the Spanish rider had exceeded the track limit on the last lap of the Moto2 race at Misano. Three turns later, Fernandez overtook Di Giannantonio and won the victory.

Today, in Aragon, the Appeal Stewards Panel, made up of Tamara Matko and Carlos Requejo, called the parties involved, represented by Bill Cumbow and Freddie Spencer for the Steward Panel, Augusto Fernandez and Sito Pons for the Pons team, and Fabio Di Giannantonio, Luca Boscoscuro, and Michelle Paris for Speed Up.

The Stewards explained their guidelines and then explained that their decision was made on the basis of the videos of the maneuver and the data of the two bikes, which confirmed that Fernandez had not benefited from but, on the contrary, lost speed at that point.

The Pons team also stated that Augusto went off the track not to gain an advantage, but to avoid a collision with Di Giannantonio.

The Speed Up team, however, pointed out that they did not agree with the decision and that more attention should be paid when crossing the limits of the track in the last sector of the last lap.

Once the parties were heard, the Appeal Stewards confirmed the Stewards Panel's decision and rejected the appeal. The sentence is final, and no other appeal can be presented to the same commission.

Spanish 4x4 Aprilia: the targets are Rins and Fernandez

Bezzecchi: "I like Le Mans, but I'm afraid of it, surprised by my...