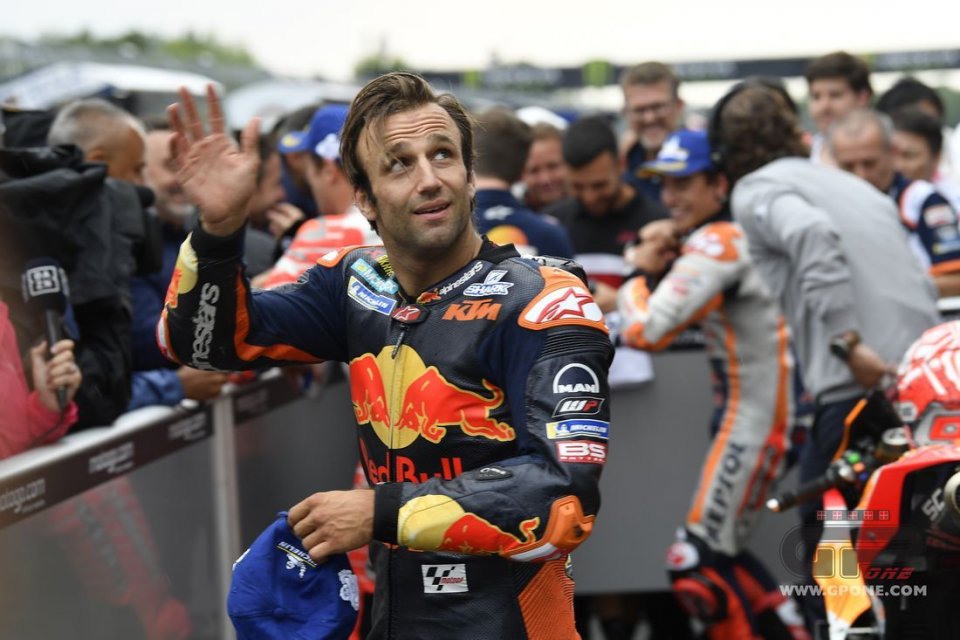 In 1991, Alain Prost had the audacity to define the Ferrari 643 "a truck”. Obviously, no one in the upper echelons at Maranello liked the comparison very much, so he was showed to the door and replaced with Gianni Morbidelli for the last race of the season. Almost 30 years later, his fellow countryman, Zarco, put the Austrian KTM's patience to the test after a handful of races. In Jerez, the cameras had intercepted him in the garage while he explained that the "frame was crap". Having something in common with Prost (in addition to their passports) would normally be something to be proud of, but speaking of being fired isn't.

Also because the world championship is not used to certain things. In 1998, Aprilia fired Capirossi, but the casus belli was Harada's hard hit - with the 250 title - not a problem of image or incorrect declarations. We dug deep into our historical memory to remember the case of Virginio Ferrari in 1980. He should have started the World Championship with Yamaha, the Salzburg GP had been canceled. But on that occasion, Virginio had argued with the team and was left behind, until the last race, where he made an appearance on the Cagiva.

In 1993, there was also the case of John Kocinski in the 250, with Suzuki. After the podium at Assen, during the lap of honor, the American intentionally seized up the engine of his 250 and, of course, he was fired. This anecdote is masterfully told by our Carlo Pernat in this video.

Still with Suzuki, it was Anthony Gobert who got sacked in 1997. The team subjected its own rider to a drug test after the British Grand Prix. He was found positive for drugs (the rumor was marijuana) and fired on the spot.

Zarco's case is more reminiscent of Prost's, but with some distinctions, since Johann had already declared that he would leave KTM at the end of the season, agreeing to race as strangers in the same home for the rest of the season. An agreement that the Austrians initially accepted, but they then changed their minds about it.

The reason is simple: the RC16 is a motorcycle that's developing and, also thanks to concessions, the last races of the year are implemented to test developments for next year. The French rider, in this sense, is useless. No company would reveal its secrets to an employee who has already bid farewell and is looking for a place among the competition.

In the Misano tests, Zarco had only tested one day, and then left his place to Dani Pedrosa. The next tests for KTM will be in Aragon, but the French rider was already told to stay home.

If you add Johann's mediocre performances in the GPs, it's easy to see why he was preferred to Kallio. "KTM will honor its contract until it expires" is what was written in the press release, so the French rider will actually be paid for not racing.

His hopes are now all for the future. Zarco would like to be a test rider in the MotoGP and his only hope is Yamaha. it's true that the Iwata team already has Jonas Folger, but the German rider is willing to return to racing in the Moto2 or even in the SBK. Johann is familiar with the M1 and that would be the right bike for him, the one that would allow him to find the self-confidence he seemed to have lost. All in all, it could be a good deal for both parties.

The alternative? Honda. But that's cocktail chatter. To see Johann on the RC213V, another rider would have to throw in the towel. Who? Lorenzo or Crutchlow, of course. If this is really Zarco's plan, the French rider's gamble would make anyone go weak in the knees, even the most experienced poker player.

There is one last hope for Zarco if he follows in the footsteps of the "professor". After being fired from Ferrari, Prost took a sabbatical, then returned to Formula 1 and won with Williams. We wish Johann will have the same success as his predecessor and countryman.