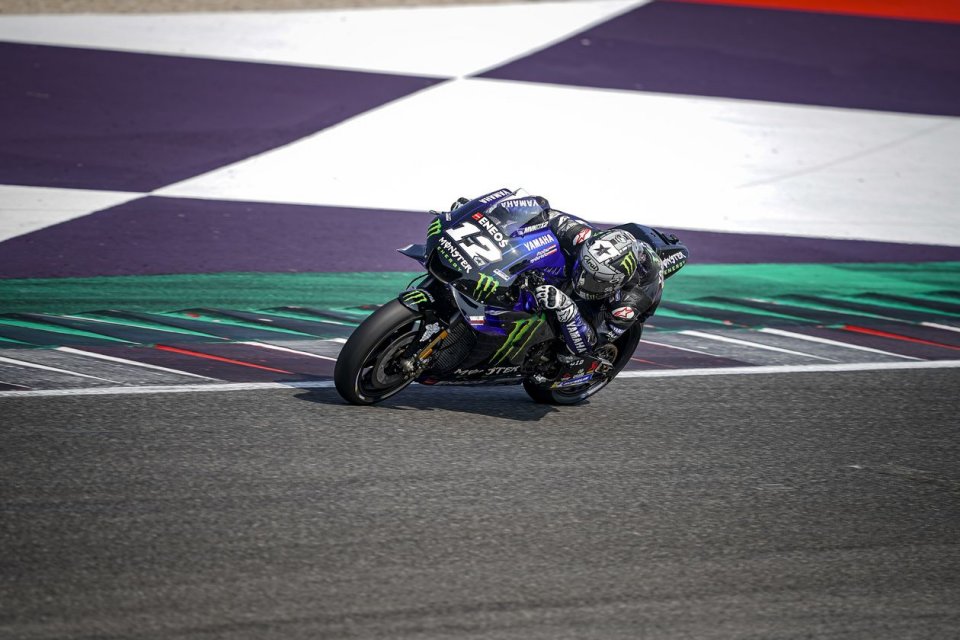 The Yamahas are setting the terms on the Misano track. A first sign had arrived during the FP1, in the afternoon: the confirmation of the potential expressed by the M1. Yes, since four placed in the first five. Yamaha couldn't have wished for more. In the final round Friday, it actually played a leading role.

Thanks to Maverick Vinales who, after the third time trial this morning, reached the top, thanks to a time of 1'32"775. The Spanish rider preceded El Diablo Quartararo, who has now become a confirmation in the upper echelons of the class. The French rider is hungry for revenge after Silverstone, and the weekend seems to have started well.

In this FP2, where the blue shined, Valentino Rossi and Franco Morbidelli couldn't miss the role call. After an FP1 in the shadows, the Doctor started his attack, finding the starting point in the end to grasp a fourth place in front of Petronas' team rider from Tavullia. However, watch out for the gap from the top, so much so as to just miss seven tenths. A gap on which Valentino and Franco will have to reflect in view of Saturday.

Analyzing the first positions, Marc Marquez is always present (+0.396). The Spanish rider placed his time at the first attempt available with a soft tire, then he took advantage of the turn to closely follow his opponents and study them, making sure not to leave anything out.

So  Magic Marc had to face the Yamahas Friday in Misano. And the others? For Ducati, the weekend doesn't seem to have started well, since Dovizioso and Petrucci are a good second from the top, complaining of problems with a really bad grip. If the gap from the top is considerable, they can, on the other hand, console themselves with the fact that a place in the top ten in view of Saturday was secured. Among the top ten of this first day were also Michele Pirro and Aleix Espargarò. Neither of them managed to improve their performance in the afternoon, but the times in the morning allowed them to maintain a virtual access to the Q2, temporarily leaving out Alex Rins' Suzuki, straight from the Silverstone victory.

Instead, it was a dark afternoon for Francesco Bagnaia and Jack Miller, only 14th and 16th, as well as for Jorge Lorenzo, who didn't go beyond a 17th place, with over a second from his teammate, Vinales. Obviously the Mallorcan rider has to deal with his health conditions, which aren't the best and significantly influence his riding. 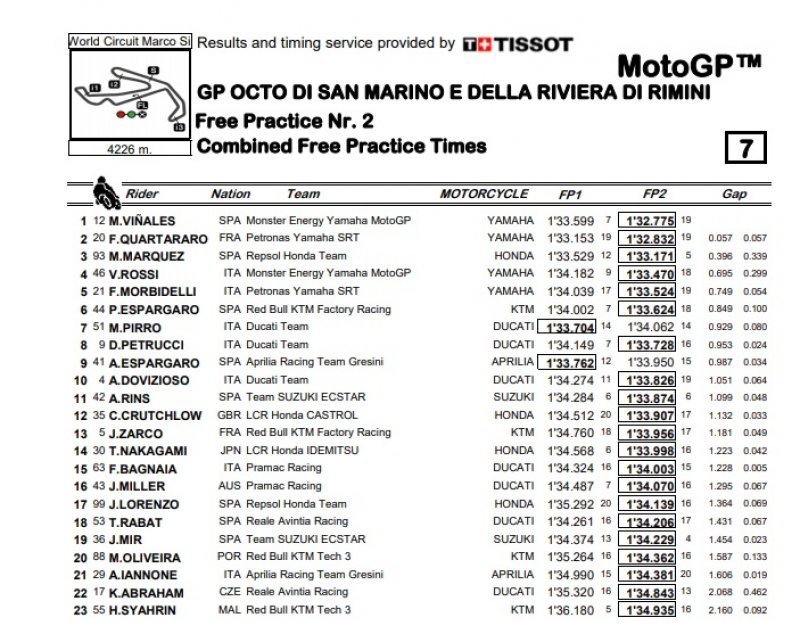