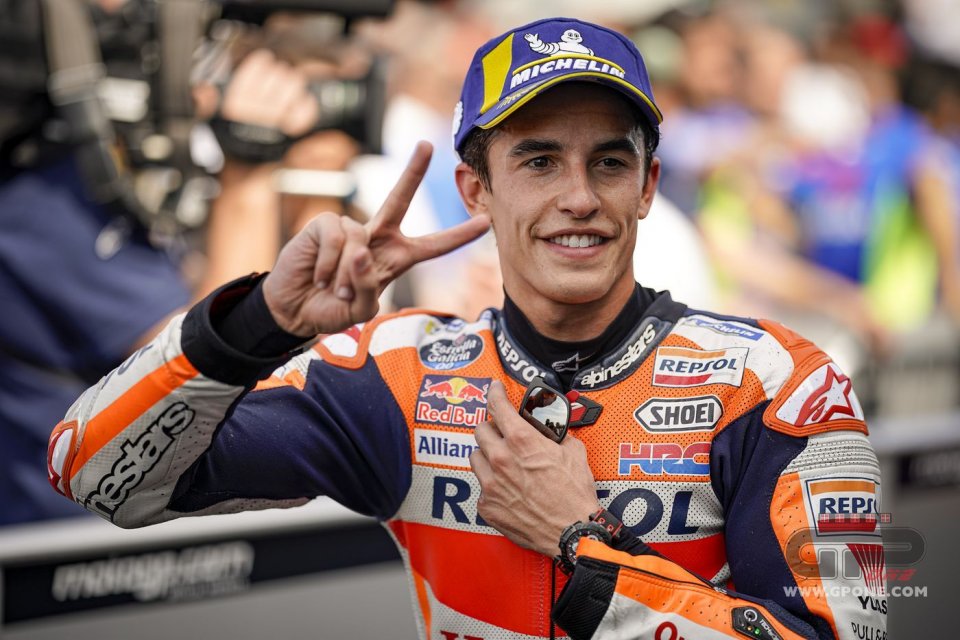 Three races for Honda to arrive in Japan as the world champion. With an eighth title in his pocket, and a sixth in the MotoGP. One more than Mick Doohan.

This is Marc Marquez's next goal. A long race that starts in Misano, where he'll have +78 points over his direct adversary, Andrea Dovizioso, to then continue on to Aragon, and Buriram.

All Marquez has to do is get 22 more points in the next three Grand Prixs, leave Thailand with +100, and the title will be his again. Ready to race for a ninth one in 2020.

But it won't be a walk in the park. At the San Marino GP, which has been held in Misano since 2007, after its first three editions from 1985 to 1987, Magic Marc won twice, in 2015 and 2017. Second in his debut year behind Lorenzo, but with a pole and a fast lap, he climbed onto the podium last year too, right behind Dovizioso.

In Aragon, on the other hand, Marquez has won four times: first in 2013, and the others consecutively in the last three seasons, while he won in both Grand Prix races held so far in Buriram.

In short, as everyone continues to say, Marc Marquez is not unbeatable... but when he remembers that his worst results were five second places, to be added to his six wins and the zero in Austin (not his fault), well, you can get in front of him in a race but, when you always take center stage like he does, it' s difficult to win.

That's why, with all the contracts of the top riders expiring at the end of 2020, we can say that the riders market for the 2021-22 two-year period has already begun. And it's useless to name the rider that everyone wants!

Ducati included, of course. Which is also the only top team, among those present, that does not have a budding champion in its ranks. If, in fact, Yamaha has Fabio Quartararo to nurse, and Suzuki is holding on tight to Alex Rins, they're questioning themselves at Borgo Panigale - with perhaps the best MotoGP on the track in their hands - on why they're fighting for a second place, for the third year in a row...
There's not much to say. The team's policy did not lead to the results it hoped for if it's true that, in 2018, Ducati had won a total of five Grand Prix races at this time of the season but only three this year so far.